The driver of the truck carrying the container that fell onto a taxi on the N3 near Ashburton outside Pietermaritzburg on Wednesday morning, fled the scene.

Police spokesperson Nqobile Gwala confirmed that those who died are a child aged 12 years old and a 30 year old. Police have opened a case of culpable homicide. A paramedic comforts a child at the scene of the accident

Thirteen others were rushed to hospital, some of them in a serious condition. The taxi was pushed up against the guard rail and emergency workers were searching the wreckage and nearby veld for more injured people on Wednesday morning.

The taxi is believed to be from Gauteng.

The crash occurred in the dip in the road before the Ashburton bridge. 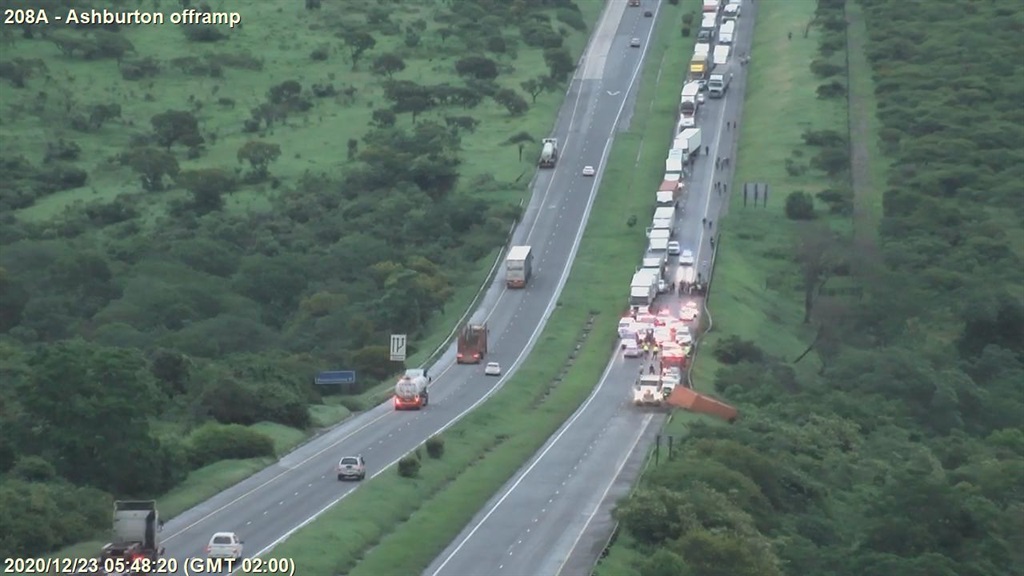 There have been two fatalities and paramedics have treated 12 patients. PHOTO KZN EMS

Robert MacKenzie from KZN EMS said paramedics treated 12 patients, four of whom were seriously injured and eight who had minor injuries.

The highway was closed as emergency services worked to clear the scene.

We live in a world where facts and fiction get blurred
In times of uncertainty you need journalism you can trust. For only R75 per month, you have access to a world of in-depth analyses, investigative journalism, top opinions and a range of features. Journalism strengthens democracy. Invest in the future today.
Subscribe to News24
Related Links
KwaZulu-Natal taxi driver blames missing man for ‘chicken crash’
Three people killed in Ladysmith taxi accident
KZN family mourns after 13 die in taxi crash
Next on Witness
Tributes for murdered crowd-pulling KZN DJ pour in