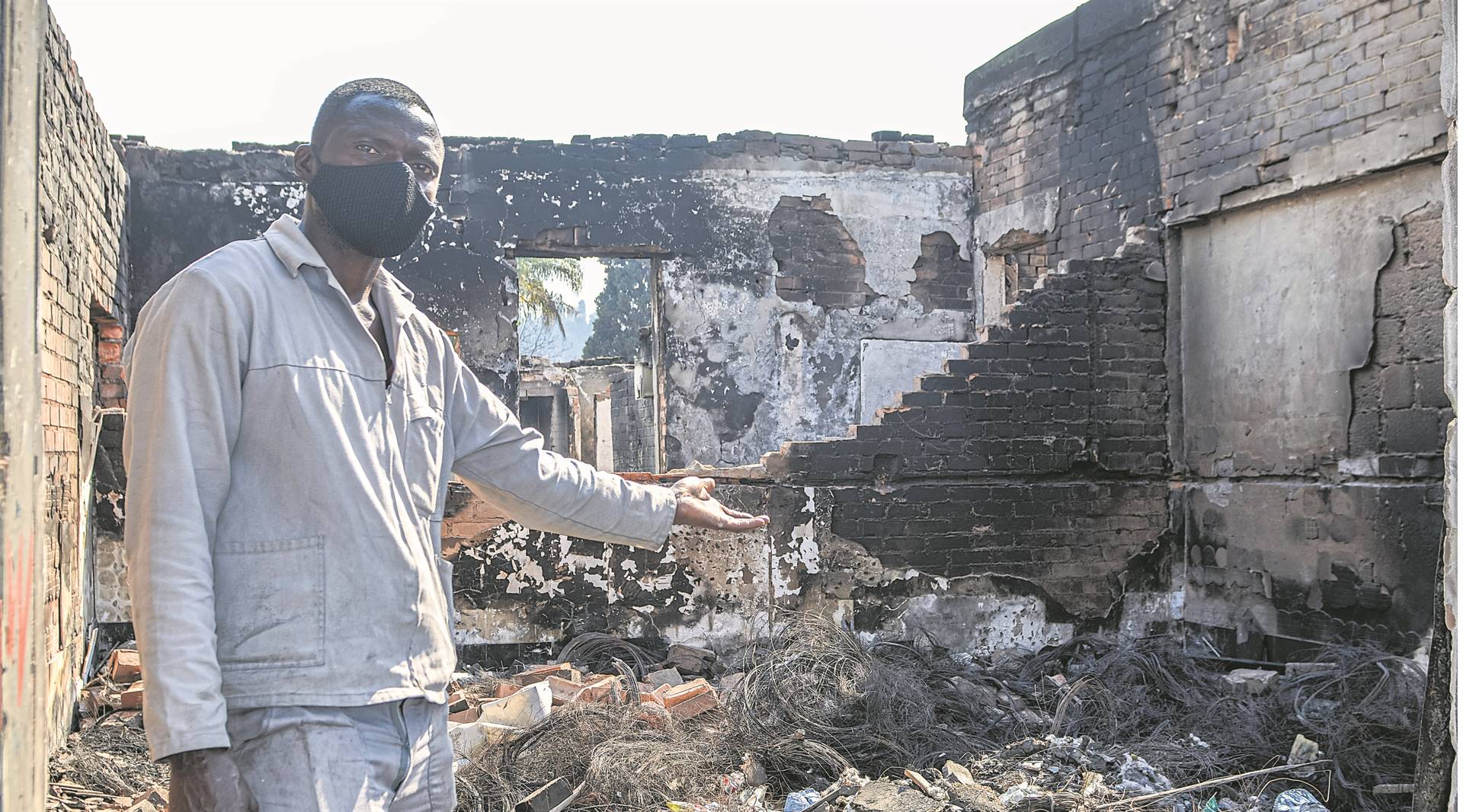 Maxwell Domingo, owner of a second-hand tyre shop in town, lost R140 000 worth of machinery and tyres after his store was looted and set on fire.
Moeketsi Mamane

Msunduzi Municipality has appointed a service provider to analyse and verify which local businesses were damaged during last month’s unrest.

Finance head Nelisiwe Ngcobo told council on Wednesday council that there were ratepayers claiming their properties had been completely destroyed in the unrest.

However, when the City tried to verify their claims, it found that at times that was not the case. “We have done our desktop exercise in terms of the properties that were affected by the unrest.

Support independent journalism
Subscribe to News24 for just R75 per month to read all our investigative and in-depth journalism. You can cancel any time.
Subscribe
Already a subscriber? Sign in
Next on Witness
Truck on fire on the N3 near Peter Brown, Pietermaritzburg