A Second body of a woman was found on Tuesday at Manor bridge.PHOTO: Moeketsi Mamane

Another decomposed body of an unknown woman was discovered in the bush surrounding the Manor bridge Tuesday morning.

This brings to a total of three bodies that have been discovered in this area since December.

The latest shocking discovery was made by a by-passer in the area who then alerted the ward councillor.

Less than two weeks ago the decomposed body of another unknown woman was discovered in Manor Grounds. It was suspected that the body had been there for an entire week. A second decomposing body of a woman was found at Manor bridge.PHOTO: Moeketsi Mamane 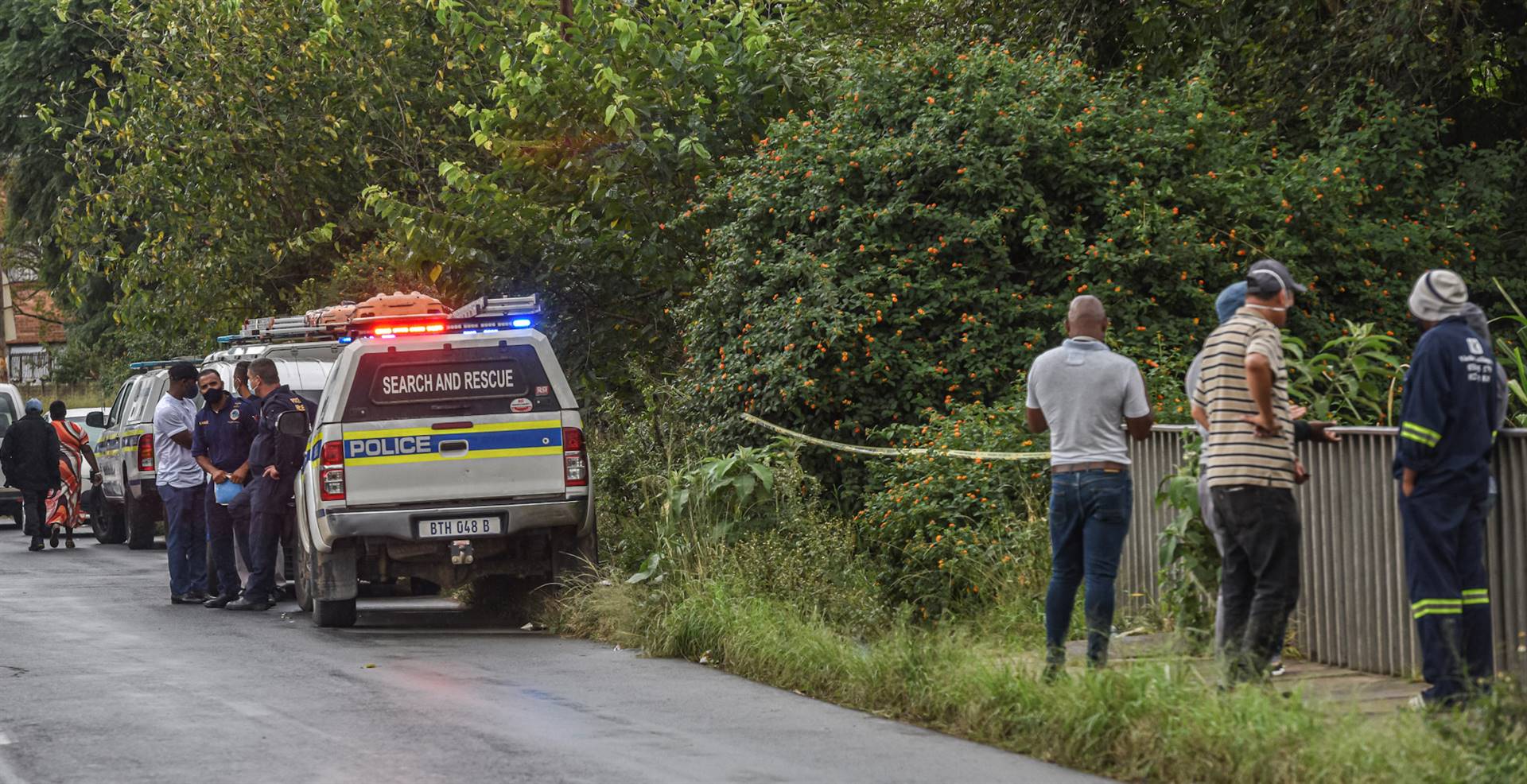 The Second body of a woman was found at Manor bridge.PHOTO: Moeketsi Mamane

In December the body of a man was also discovered in the area.

Ward 33 councillor Suraya Reddy told The Witness that a woman came into her office in the morning and informed her that there is a body that has been discovered and they need assistance with calling the police.

She said according to the information that she received the body looked like it had been there for about three to four weeks.

“I am still shocked and the whole community is shocked, especially because we had another body that was discovered not so long ago. This is worrying because it looks like Manor is slowly becoming a hot spot for people to dump their dirt and bodies now. We have asked several times for this area to be cleaned by the municipality.”

“At this stage we do not know what is really happening. The murder might have happened at night because no-one heard or saw anything. It is still too early to speculate whether we have a serial killer in the area or not,” she added.

Reddy said the community members and people who work around the area are scared now and fear for their lives because of these incidents. She said she has been informed by the police that this is the third body that found in the area since December.

“I have been told that in December a male body was discovered and now these two woman has been discovered as well in the same state.

We live in a world where facts and fiction get blurred
In times of uncertainty you need journalism you can trust. For 14 free days, you can have access to a world of in-depth analyses, investigative journalism, top opinions and a range of features. Journalism strengthens democracy. Invest in the future today. Thereafter you will be billed R75 per month. You can cancel anytime and if you cancel within 14 days you won't be billed.
Subscribe to News24
Next on Witness
Confusion over power outages leaves Msunduzi residents fuming

Read more on:
durbankznpietermaritzburgkwazulu-natalcrimemurder
Daily Poll
In your household, are daily chores shared equally between the men and women occupying the home?
Please select an option Oops! Something went wrong, please try again later.
No, the men do more
10% - 8 votes
No, the women do more
31% - 24 votes
The tasks are shared equally
41% - 32 votes
The men work outside and the women inside
18% - 14 votes
Previous Results