Stolen electricity ‘not worth your life’ says Pietermaritzburg mayor Msunduzi Mayor Mzimkhulu Thebolla has pleaded with Jika Joe residents to stop risking their lives and those of their children by illegally connecting to the City’s electricity network.

“It’s really not worth your life or that of your child,” he said.

He was speaking during his visit to the area on Tuesday as he went to pay his respects to the families of Buhlebuyeza Jili, Ernest Dewa and Gift Dlamini.

The three friends, who were aged between six and eight years old, died after being electrocuted while swimming at the nearby stream on Saturday. Dlamini was buried the same day and Jili and Dewa were taken to the Eastern Cape yesterday, where they will be laid to rest.

“We just need to catch one of them (illegal connectors) and we will invest all the legal resources to make sure that they pay for their crimes.”
Umsunduzi Mayor Mzimkhulu Thebolla.

One of their seven-year-old friends was severely traumatised by the incident and the family have sought professional psychological help for him. Apparently he has not been sleeping or eating properly and has now even started “talking” to his friends who died.

Thebolla said it was unfortunate that lives were lost in such a tragic yet preventable manner. He said in November four people had lost their lives through electrocution by illegal connections, including a man at the Sacca settlement. He said there were also reports that some shack fires were caused by the illegal connections.

Thebolla said the municipality has been constantly trying to deal with the problem of illegal connections, but the perpetrators simply refuse to listen.

He also came with a team to remove the illegal connections around the informal settlement.

“This is not just for show. Every day there are teams out there in different parts of the municipality disconnecting those who have illegally connected, but they reconnect themselves as soon as those teams leave.

“The municipality is using more than R700 000 annually just on the labour to remove the illegal connections. The revenue lost due to electricity theft also runs into millions of rands.”

“I’m expecting a protest from the residents from the informal settlement. They are most likely going to retaliate against the removal of these illegal connections.”
Ward councillor Suraya Reddy.

He said Msunduzi has put in an application for a grant to electrify informal settlements to curb the theft of electricity. However, Jika Joe will not qualify for the project because it is on a floodplain.

The only alternative for its residents are the flats that are currently being constructed on the adjacent property, or being included in other housing project such as that at Signal Hill.

“The saddest part is that some of the people who live here either sold or are renting out the houses that government built for them in France.” 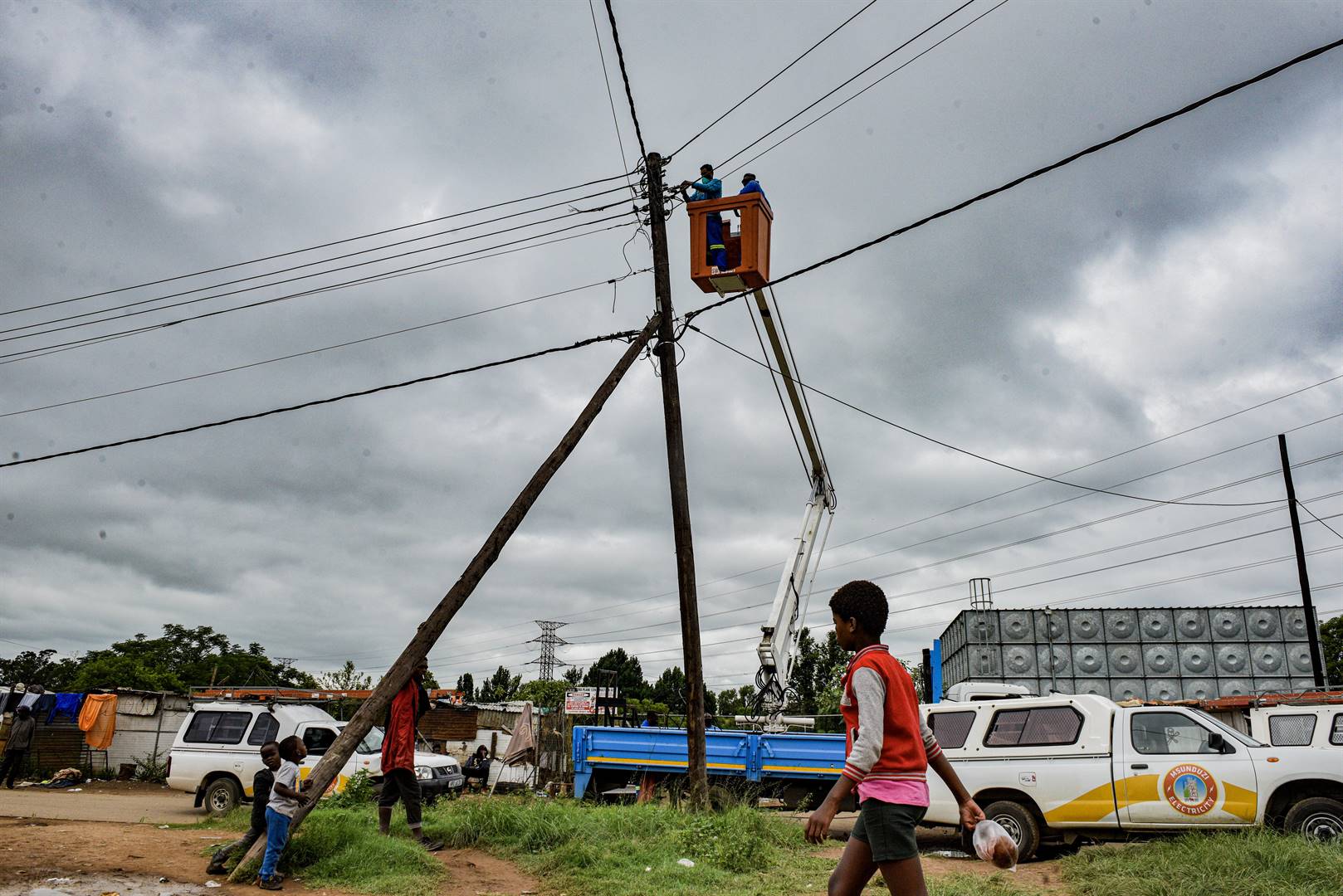 Thebolla said the illegal connections in Jika Joe do not just cost Msunduzi, but also the ratepayers who live in the neighbouring Village as well as businesses in the area.

“The strain that is put on businesses is too much. They [the culprits] don’t even realise the negative impact this has on the economy. They are actually gambling with people’s jobs. It’s actually self-defeating because those companies employ some of the people that live here in Jika Joe.”

He said the municipality has also become aware that some are profiting from the illegal connections by charging the shack dwellers for them.

He said there are even allegations that some of the perpetrators are employed by the City. “We just need to catch one of them and we will invest all the legal resources to make sure that they pay for their crimes.”

Ward councillor Suraya Reddy welcomed the removal of the illegal connections. She said some of the Village’s residents have been without lights since Thursday due to electricity theft.

“Every other day the ratepayers at the Village are without lights because of the overload on the network — sometimes it’s a few hours but other times it’s days — but I’m expecting a protest from the residents from the informal settlement. They are most likely going to retaliate against the removal of these illegal connections.”

Reddy said the shack dwellers must know that the removal of the illegal connections is not a punishment but is done to protect them from electrocution and shack fires.

We live in a world where facts and fiction get blurred
In times of uncertainty you need journalism you can trust. For 14 free days, you can have access to a world of in-depth analyses, investigative journalism, top opinions and a range of features. Journalism strengthens democracy. Invest in the future today. Thereafter you will be billed R75 per month. You can cancel anytime and if you cancel within 14 days you won't be billed.
Subscribe to News24
Related Links
Sad deaths of Gift, Buhle and Ernest: Three boys die as cable falls into river.
PICS | Pietermaritzburg shack dwellers threaten to invade neighbouring housing project after...
Jika Joe fire victims still waiting for promised government assistance.
Next on Witness
‘Huge disaster’ as court recordings go missing at Pietermaritzburg High Court

Read more on:
msunduzi municipalitymzimkhulu thebollajika joeillegal connectionselectricitychildrenmayor
Daily Poll
Load shedding is a reality in South Africa with experts saying if the system fails, stage 8 cuts could be on the cards. What do you think can be done to end load shedding?
Please select an option Oops! Something went wrong, please try again later.
We can all try using less electricity
1% - 1 votes
Deal with the rot within Eskom
38% - 31 votes
Find alternative power sources outside Eskom
61% - 50 votes
Previous Results