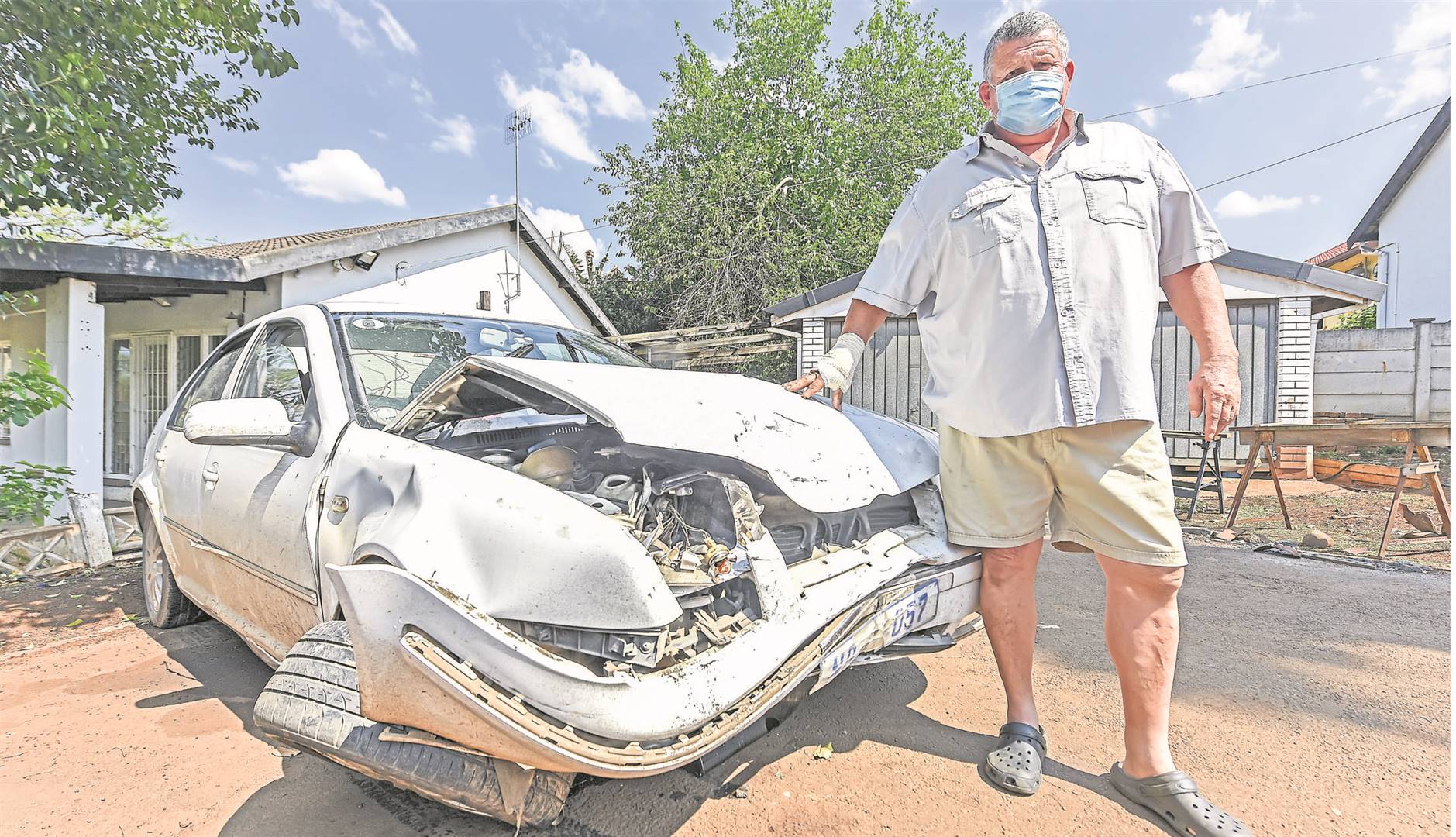 Scottsville resident Michael Stening-Smith standing next to his car, which was written off after the accident in Slangspruit.
Moeketsi Mamane

Two Pietermaritzburg businessmen, Michael Stening-Smith and Vaughn Greene, escaped death by a whisker in the fatal multiple vehicle accident in Slangspruit on Tuesday.

Two people died in the pile-up of seven cars, which happened after a truck jumped a red robot on Reggie Gumede Road.

Several other people were taken to hospital for medical attention, including Stening-Smith.

Support independent journalism
Subscribe to News24 for just R75 per month to read all our investigative and in-depth journalism. You can cancel any time.
Subscribe
Already a subscriber? Sign in
Next on Witness
Family of slain Pietermaritzburg DJ still in the dark

Read more on:
pietermaritzburgkwazulu-natalaccidentcrashtruck
Daily Poll
What are your thoughts on youngsters taking a gap year after completing matric?
Please select an option Oops! Something went wrong, please try again later.
Great idea, especially if they’re not sure what to study
28% - 27 votes
I’m against this. It’s a waste of a year
39% - 37 votes
Few people can afford this luxury
33% - 31 votes
Previous Results