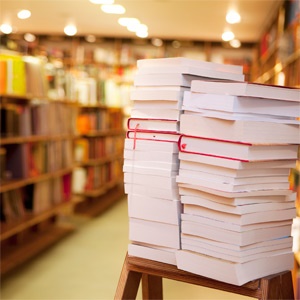 Pietermaritzburg - The ink has yet to be pressed onto a book documenting the provincial ­legislature’s turbulent past and already there are calls to probe its price-tag of R3,5 million.

MPLs have claimed to have little or no knowledge of the book, believing ­serious questions need to be answered by the legislature the moment it ­reopens later this month.

But legislature secretary Nerusha Naidoo has said the book, which is five months behind schedule, is an absolute necessity to capture the first 20 years of the post-1994 provincial administration, calling it a “mammoth task”.

According to Naidoo, the ­appointment of the service provider ­Juba Fly Inc was the result of an open tender looking for a company to ­“Design, Produce and Broadcast a ­Legacy Project, a reflection of 20 years of democracy for KZN Legislature” which closed in September 2013.

According to the Government ­Tender Bulletin, Juba Fly was awarded the contract in March 2014.

Naidoo said they only officially ­started the contract in September that year. Juba Fly was given 12 months to complete the book.

A Witness investigation has found that there is no mention of the book’s commissioning in any of the annual ­reports from 2013 to 2015.

“The book is currently at the final stages of editing by a commissioning editor,” said Naidoo.

The KZN Legislature has told The Witness that the cost includes 1 000 paperback and 200 coffeetable copies.

Publishing houses that were contacted, but asked not to be named, said the price, while on the high end, is not impossible and would factor in profit, writers and researchers, photographs and issues of copyright while added costs would include size, number of pages and where it would be published.

Another publisher admitted that they could publish “at least 20 ­[different] books with R3,5 million” adding that even printing the legislature’s order with the best materials would “not come near R1 million”.

Naidoo said the project was meant to “highlight the evolution of the KwaZulu-Natal Legislature over the two decades of democratic dispensation” but that they had been delayed due to being unable to secure the funding. “It must also be stressed that when the project was conceived during the fourth electoral term, the service providers were expected to design, produce and broadcast a legacy project that would reflect 20 years of democracy for the KwaZulu-Natal Legislature, however, the initial estimates were too high so we took off the documentary and reduced the scope of the project to only cover the book,” said Naidoo.

She said the historic documentation of the institution was important and to date no concise record had been kept. “The appointed service provider had to conduct oral interviews with the members of the legislature who were there during the early stages of the legislature. Challenges were experienced in tracing members no longer involved in the legislature.”

Naidoo stressed that “the writers ­also had to consult minutiae archival material that is available”.

“It is for these reasons that it became apparent that the initial target set was unrealistic. The fact that there has ­never been a book written about the KwaZulu-Natal Legislature made this a historic as well as mammoth task.”

MPL Mark Steele, who sits on the Standing Committee on Oversight that wholly scrutinises the running of the KZN Legislature’s operations, said he was unaware of such a contract being discussed.

“A contract of this size should have come before us. Once I return to the legislature, I will no doubt ask for a full report on this project,” he said.

His sentiment was shared by the IFP’s Blessed Gwala who said he found the amount “exorbitant”. “As far as I am aware this issue has never been ­discussed. The first time I became aware of it was when I was interviewed for the book as I have been a member of the house since 1994,” said Gwala.

Calling for an “investigation” into the “cost of the book” he said they would “probe the matter through the Office of the Speaker”.

Juba Fly was contacted and referred all questions to the KZN Legislature.

According to the auditor-general in the 2014-15 financial year the KZN ­Legislature, out of the 10 legislative houses which includes the national ­Parliament, was the only one to receive a qualified audit with leadership, ­financial management and governance cited, among others, as reasons this the negative opinion.

We live in a world where facts and fiction get blurred
In times of uncertainty you need journalism you can trust. For only R75 per month, you have access to a world of in-depth analyses, investigative journalism, top opinions and a range of features. Journalism strengthens democracy. Invest in the future today.
Subscribe to News24
Related Links
Former ANN7 editor to publish book
Whitney’s mum signs tell-all book deal
Next on Witness
Hilton light aircraft crash victims named Read more on:
pietermaritzburglegislaturebook
Daily Poll
Many Pietermaritzburg residents are rallying against air pollution from an industrial source they describe as smelling like 'cat-pee'. Have you struggled with this in your area?
Please select an option Oops! Something went wrong, please try again later.
Yes, it's pretty bad.
50% - 8 votes
I get an occasional whiff of it
19% - 3 votes
No, I haven't smelt it.
31% - 5 votes
Previous Results
Latest Issue