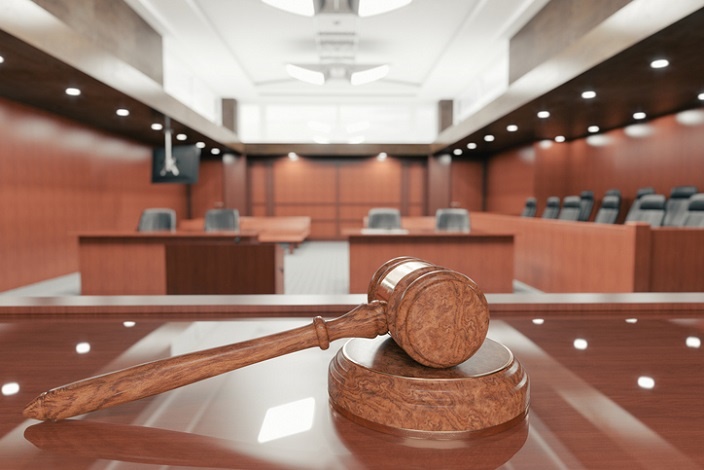 Hard on the heels of the presiding magistrate recusing herself from the bail application by a couple alleged to have defrauded investors of over R500 million, the prosecutor in the case also withdrew on Monday.

Prosecutor Rene Padayachee cited “security reasons” as the reason she could no longer proceed with the matter.

Last week, the magistrate, Variksha Premraj, recused herself amid allegations of an “R8 million bribe” apparently meant to influence her to grant Sandile Clever Sibiya (29) and his wife Nomalizo Prudence Sibiya (37) bail. More detailed information about the bribe was not revealed.

The couple run Supreme National Stockholdings (SNS Holdings), which the state alleges is a Ponzi scheme. However, the couple deny this.

They face 14 counts of fraud, and counts of contravening the Bank Act and the Financial Advisory and Intermediary Services Act for allegedly operating like a bank and a financial advisory service.

The state is opposing bail and alleges that the couple were planning to flee the country to Dubai.

On Monday, advocate Shameela Jasat informed magistrate Chris van Vuuren that on Friday, she had brought an urgent application to the Pietermaritzburg high court for the couple to be released on bail. However, the matter was struck off the high court roll.

Sandile was arrested in Fourways, Johannesburg, in December while on a business trip, and his wife turned herself in to police soon after. They have been in custody since then.

Jasat told Van Vuuren on Monday that she believes the bail application should not start from the beginning (following the recusal of the original magistrate and now the prosecutor).

Jasat said since the application was dealt with by way of affidavits, she felt that Van Vuuren should read the documents and then hear argument and deliver his judgment.

Van Vuuren adjourned the matter until Wednesday to hear arguments on whether or not it should start afresh.

The bail application had progressed quite far when magistrate Premraj recused herself. All that was left was for her to hear argument and then deliver judgment.

When stepping down from the case, she said there had been many attempts to influence the outcome of the matter and that there were allegations under oath of bribes being paid.

She said she had good reason to believe that the improper conduct and unwarranted interference was designed to, in some instances, subvert and influence the course of justice.

Premraj said at the time that after considering various options she was of the view that it was “necessary, appropriate and warranted” to recuse herself.

The couple’s senior advocate Jerome Brauns, and Padayachee, had no problem with Premraj ruling in the bail application. They urged her to stay on, but she declined. Brauns even said that there were also rumours of the prosecutor, attorney and investigating officer receiving bribes.

Premraj said in the circumstances she preferred not to have anything to do with the matter.

“I have been approached by people to influence the outcome.”

We live in a world where facts and fiction get blurred
In times of uncertainty you need journalism you can trust. For only R75 per month, you have access to a world of in-depth analyses, investigative journalism, top opinions and a range of features. Journalism strengthens democracy. Invest in the future today.
Subscribe to News24
Related Links
90 want Coin-it to pay
R5-coin schemers skip town and FSCA warns investors about Counit and Commex
Furious investors burn alleged Ponzi scheme operator’s home
Next on Witness
Frustration pushes Pietermaritzburg’s Sacca residents over the brink to demand better service