‘Someone has to pay’ following court shooting 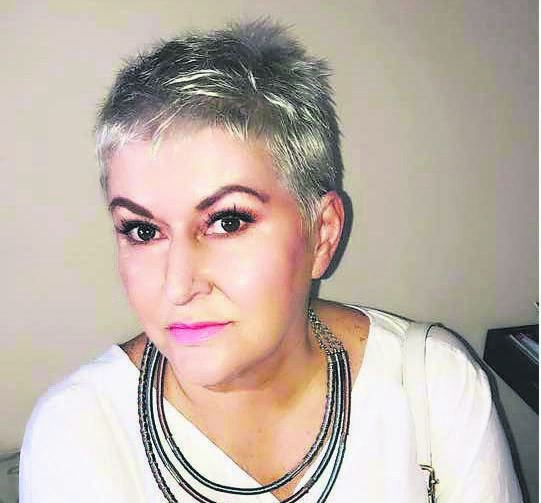 Addelaid Watt (61) was accidently shot in the hip at the Umzimkhulu Regional Court on Monday. She died hours later at Mediclinic.

Shock waves rippled through the legal profession on Tuesday as news spread of the tragic shooting of state advocate Addelaid Watt with a shotgun that was an exhibit in court.

Questions are being raised as to how a loaded firearm could have been allowed in court.

Former KZN Hawks boss Johan Booy­sen tweeted, “Whatever the circumstances. Someone will have to account for the death of Adv Adelaide Ferreira-Watt in Umzimkhulu court yesterday [Monday].”

A well-placed police source said the police officer who received the firearm first should have made sure it was not loaded. The officer should also have checked if it was loaded before the firearm was taken inside court.

Police spokesperson Brigadier Jay Naicker was mum on the issue, saying he can’t divulge further information as the “investigations are at a sensitive stage”.

He said the weapon was brought to the Umzimkhulu Regional Court on Monday to be entered as evidence in a house robbery case “when it was accidentally discharged” at 3.20 pm. Watt was struck by a bullet on the left hip.

The case Watt was prosecuting involved five men. They are alleged to have attacked Cheryl Biggs and her husband Dave at their Ixopo farm in March 2014. It is alleged that the men used Tasers to shock the couple. They were also held at gunpoint and assaulted.

The matter had been beset with delays until it was eventually set down for trial on November 14.

Biggs was devastated by the news of Watt’s death. She said police collected the shotgun from her last week at the start of the trial because it was to be used as evidence.

“I told the police that I did not know if it was loaded or not,” she added.

The firearm, which had been stolen during the robbery at their home, had been returned to her and was collected again on Monday morning. She was not in court that day because it was not her turn to testify. “I am extremely distraught,” she said.

She confirmed that the firearm had not been kept by police (as an exhibit pending trial) because the Biggses needed it for protection purposes.

Watt’s death has left a void in the lives of many people.

Her life partner, Johan Schoeman, said that besides her prowess in the legal arena, Watt was compassionate, forgiving and kind. He recalled her buying blankets for witnesses who were cold when they came to court to testify.

“She also loved art tremendously and had a collection of paintings. She had artist friends all over SA,” he said.

Schoeman said Watt’s daughter, Lindsay, was the centre of her life. They had a symbiotic relationship, he said.

Advocate Simphiwe Mlotshwa said: “I lost a sister with a bubbly personality. Although we were friends, we were always professional when on the opposite sides.”

“When she walked into the room, she would say where’s my other daughter [Gaffoor]. She cared about everyone. I would phone her if I had a problem and she would sort it out. Then we would chuckle about it,” she said.

Gaffoor added that Watt was “like a mother” to her. She was humorous, but she also knew how to be serious and jovial. “We will miss her a lot. She had beauty and brains.”

Colleague and friend, advocate Pretty-Girl Ngcobo, also had fond memories of Watt. “What a loving person. She made us all laugh so hard. She was a friend to all of us. We are still traumatised by her death.”

Ngcobo praised Watt and held her in high esteem. “She taught me everything I know about appeals … how to present argument,” she said.

Two weeks ago, Watt gave Ngcobo a red coat “out of the blue”.

“She said she knows how much I love red and the jacket will look great on me. I wore it last week,” she said.

Family, friends, colleagues and loved ones conveyed their sympathies on social media. Cathy Botes wrote on Watt’s Facebook page: “I am totally shocked, words can’t express how devastated I am, we had hoped to see each other ... when she returned from Ixopo.

“Addelaid you were an amazing woman and loved immensely I just hope they find this f***er who did it. Lindsay our thoughts are with you. Sending you lots of love.”

We live in a world where facts and fiction get blurred
In times of uncertainty you need journalism you can trust. For 14 free days, you can have access to a world of in-depth analyses, investigative journalism, top opinions and a range of features. Journalism strengthens democracy. Invest in the future today. Thereafter you will be billed R75 per month. You can cancel anytime and if you cancel within 14 days you won't be billed.
Subscribe to News24
Related Links
Ferreira-Watt, passionate art lover, was looking forward to spending time with family
Shattered and heartbroken: Tributes pour in for top state advocate Ferreira-Watt
Prominent NPA advocate dies after court shooting accident
Next on Witness
Pietermaritzburg child (4) survives after being kidnapped, strangled and left for dead in a river

Read more on:
pietermaritzburgcourt
Daily Poll
Arts and Culture Minister Nathi Mthethwa is being criticised for defending government’s controversial plan to erect a flag at Freedom Park in Pretoria to the tune of R22 million. What are your thoughts on this matter?
Please select an option Oops! Something went wrong, please try again later.
It’s worth the price as it will help foster social cohesion
0% - 0 votes
A R22 million flag is absolutely ridiculous
47% - 8 votes
There are better things they could spend that money on to help the poor
53% - 9 votes
Previous Results