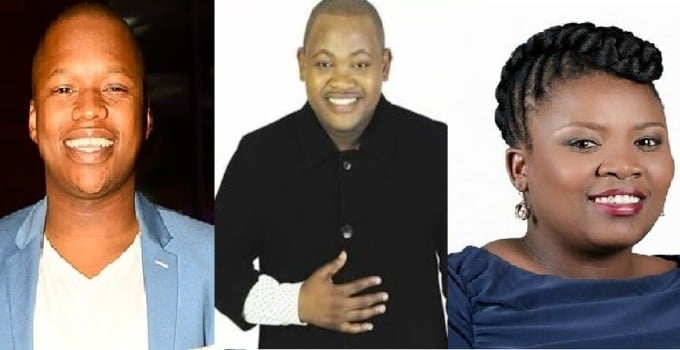 Former YoTV presenter and Tempy Pushas actor, Akhumzi Jezile (29), has died following a horrific car crash on the N6, between Jamestown and Queenstown, in the Eastern Cape on Saturday.

Also killed in the accident were actor Thobani Mseleni, Siyasanga Kobese, an actress and singer, and two other passengers who have not yet been named.

The dead actors have been described as “lodestars” guiding the arts in South Africa by Arts and Culture Minister Nathi Mthethwa, who added that they were “young brilliant shining stars”.

They were reportedly travelling to a family event in the Eastern Cape when the crash occurred.

Jezile, whose father died when he was much younger, leaves behind his mother and four siblings.

Family spokesperson and close friend, Percy Vilakazi, said the family were in shock.

“We were at the house last night, a lot of friends gathered at Akhumzi’s family house in Randburg and it is just such a shock, to have someone so full of life that brought us all together snatched away like this.”

Mthatha-born Jezile grew up in front of the nation’s eyes as a presenter on YoTV, whose Big Breakfast Show he later produced. He was also a presenter for the SABC radio station Umhlobo Wenene, and appeared as Tsietsi Zwane in the SABC1 comedy-drama series Khululeka Siya­vota and as Ngulube in SABC1’s Tempy Pushas, for which he received a Safta Award in 2014.

Clara Nzima, head of bouquet at SABC1, described Jezile as “an exceptional talent ahead of his time, a friend to many. On behalf of SABC1 and the SABC, we wish to send our heartfelt condolences to his family, friends, colleagues and fans. We have truly lost a gem.”

Tributes were also paid by fellow celebrities with Rapper Da Les saying he was “admirable to watch”, Anele Mdoda describing him as “television royalty” and AKA describing him as “one of the hardest working dudes in the industry”.

Fort Beaufort-born Mseleni paid his dues with a host of small roles in the film and television industry before getting his big break, playing Bhonyongo in the drama series Matatiele.

Most recently he starred in the award-winning film Inxeba: The Wound, whose producers said they were “shocked and saddened by his sudden tragic passing”.

eZibeleni-born Siyasanga Kobese played Siphokazi in Zabalaza and wowed audiences nationwide as a singer in renowned choir, Joyous Celebration. She also had a hit with the song Noya Na.

We live in a world where facts and fiction get blurred
In times of uncertainty you need journalism you can trust. For only R75 per month, you have access to a world of in-depth analyses, investigative journalism, top opinions and a range of features. Journalism strengthens democracy. Invest in the future today.
Subscribe to News24
Related Links
Inside Akhumzi's birthday bash
Next on Witness
Updated | N3 in Pietermaritzburg a no-go zone due to protest action

Read more on:
akhumzi jezilepietermaritzburgcar accident
Daily Poll
The proposed amendments in the racing and gambling sector Bill in KZN have received strong opposition. Do you take part in gambling or betting?
Please select an option Oops! Something went wrong, please try again later.
Yes, I do
8% - 16 votes
The most I ever do is take a lottery ticket
46% - 87 votes
I’m dead against it. I will never gamble or bet
23% - 44 votes
I’m too broke to gamble
23% - 44 votes
Previous Results