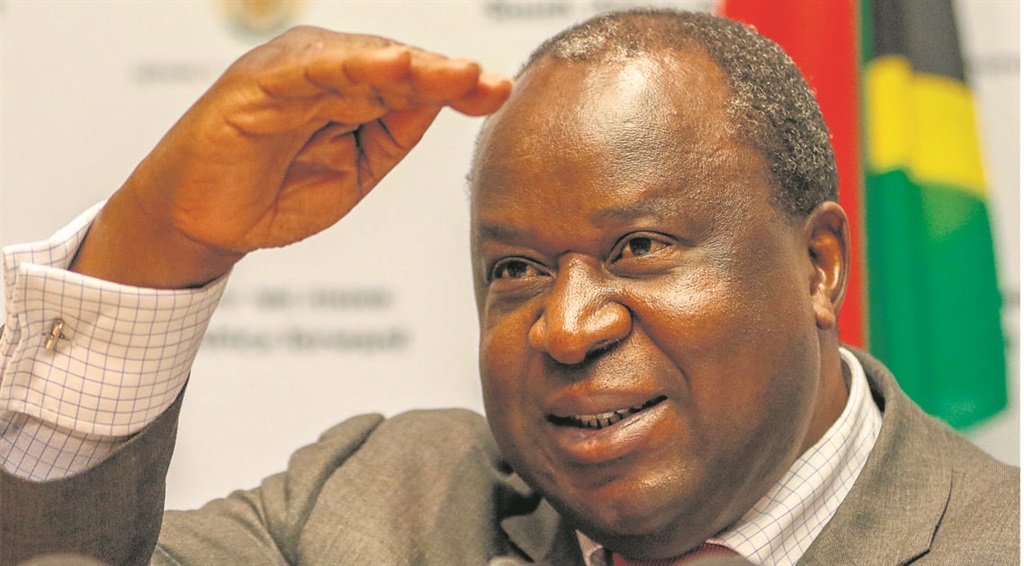 New Finance Minister Tito Mboweni tried to provide financial muscle for President Cyril Ramaphosa’s plan to kick-start the economy, but there was “too little meat on the bone”.

The markets didn’t like the mid-term budget either, as indicated by the rand tumbling almost two percent against the dollar after Mboweni’s speech.

Ramaphosa’s plan, broadly, is to kickstart an economy in recession by fixing state-owned companies, attracting billions in investments and restoring policy certainty — all at the same time.

Although Mboweni had little time to prepare, the mid-term budget provided “very little meat on the bone” in solving issues likely to arise in the February budget, such as fixing SA Revenue Services (SARS), bolstering economic growth and alleviating poverty, said Abrahams.

“We were hoping for a stronger sense of direction,” said Pietermaritzburg Chamber of Business CEO Melanie Veness.

“We’re pleased to hear his commitment to strengthen financial management in the public sector, but stopping the rot is not enough — we also want to see those guilty of corruption being held accountable and misappropriated funds being recovered and returned to the fiscus,” said Veness.

She said increasing the Expanded Public Works Programme did not seem feasible: “Our city was allocated EPWP workers, but a great deal of the time they were unable to add value, because there was no equipment provided for them to use,” she said.

Some other announcements in the mid-term budget on Wednesday include:

• An additional R16,5 billion to various programmes, including restoring capacity at SARS.

• Supporting the Land Bank to conclude transactions worth R16,2 billion over three to five years.

• R668 million to be spent on government-owned industrial parks in township areas.

• In Msunduzi Municipality over R77 million in public investment in the Edendale Urban Hub has attracted private and public sector investment of more than R1 billion.

• The military has been called in to help fix the Vaal River environmental disaster.

• The state is facing a R27,4 billion revenue shortfall for 2018, and a R85 billion shortfall in revenue over the next three years.

• There were no changes to VAT or the tax rate.

• The expected 2018 growth rate has been downgraded to 0,7%, in line with projections previously made by the IMF, the World Bank and the SA Reserve Bank.

• Treasury warned the Road Accident Fund represents a potentially large liability, and the 30c per litre increase in the levy earlier this year may not be enough — the levy was upped in late February from 163c/l to 193c/l.

• After approving an inflation-busting pay increase for public servants, the government failed to allocate additional funds to pay for it, instead ordering state departments to find the money within existing budgets. The pay deal will cost an extra R30,2 billion over a three-year time frame.

The wage bill for the government’s roughly 1,3 million employees has grown at an average rate of 11,2% a year since 2007, outpacing inflation and crowding out spending on services and infrastructure.

— With input from Reuters and Fin24

We live in a world where facts and fiction get blurred
In times of uncertainty you need journalism you can trust. For 14 free days, you can have access to a world of in-depth analyses, investigative journalism, top opinions and a range of features. Journalism strengthens democracy. Invest in the future today. Thereafter you will be billed R75 per month. You can cancel anytime and if you cancel within 14 days you won't be billed.
Subscribe to News24
Next on Witness
‘Many likely to face blank TV screens’ in KZN