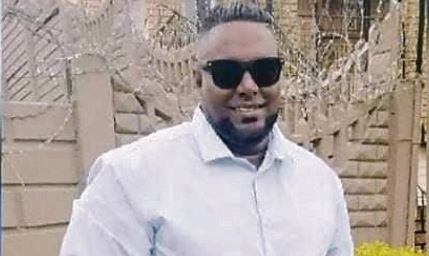 Mountain Rise police detective Jeremy Paul was shot dead on Thursday morning while searching for a suspect in Swapo settlement near Eastwood, Pietermaritzburg.

Pietermaritzburg policeman Sergeant Jeremy Paul (39), who was shot dead while tracking down a suspect on Thursday morning, has been described as a devoted father and police officer.

Paul, from Mountain Rise police station, was shot in the back of his head while on the trail of an attempted murder suspect in Swapo settlement near Eastwood, prompting an outpouring of grief among his colleagues, friends and family.

Police spokesperson Colonel Brenda Muridili said while the attempted murder victim was pointing out a house in the area, shots were fired from a different shack and Paul was struck in the back of his head.

Support independent journalism
Subscribe to News24 for just R75 per month to read all our investigative and in-depth journalism. You can cancel any time.
Subscribe
Already a subscriber? Sign in
Next on Witness
The Covid jab won't turn you into a cannibal - KZN Health MEC