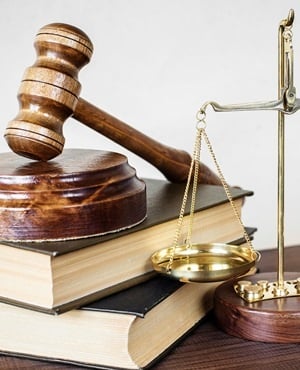 Pietermaritzburg - The trial of a hitman charged with the 2012 killing of KwaZulu-Natal farmer and businessman Gert Uys (48) in 2012 has been moved from Northern KZN to the Pietermaritzburg high court.

Andries Zulu (28) has pleaded not guilty before Judge Nkosinathi Chili to taking part in Uys’s murder on May 31, 2012 for a fee, and to robbing Uys of a Toyota Landcruiser, a .38 revolver with 25 live rounds of ammunition, two cellphones, a laptop and R18 510 in cash.

He denies knowing anything about the incident.

The state alleges that Zulu was in cahoots with another hitman, Hercules Mbata, who is currently serving a 25-year jail term after pleading guilty and turning state witness against Zulu.

The man who allegedly hired the two hitmen — Uys’s former business partner, Christiaan Daniel Smith (46) from Secunda in Mpumalanga — is still on the run after jumping bail. He was originally charged along with Zulu.

The state alleges that Smith owed Uys millions of rands, and decided to have him killed. He enlisted Zulu and Mbata to carry out the murder and helped them obtain firearms. On the day of the murder, Smith allegedly drove the hitmen to Uys’s home at Rots Park, Gluckstadt near Vryheid. They found him inside the house, where one produced a shotgun and shot him. He died at the scene. After the shooting the men ransacked the house and fled in the Toyota Landcruiser, which they later abandoned.

According to evidence at Zulu’s trial, Zulu and Mbata received R52 000 between them from Smith prior to being arrested, but they had been promised more money for murdering Uys. The case is proceeding.

We live in a world where facts and fiction get blurred
In times of uncertainty you need journalism you can trust. For only R75 per month, you have access to a world of in-depth analyses, investigative journalism, top opinions and a range of features. Journalism strengthens democracy. Invest in the future today.
Subscribe to News24
Next on Witness
Environmental concerns as Pietermaritzburg sewer pipe on brink of collapse

Read more on:
pietermaritzburgmurder trialcourt
Daily Poll
Do you agree with the ConCourt’s ruling that unmarried fathers have the right to register their children under their surname?
Please select an option Oops! Something went wrong, please try again later.
Yes, it’s his children too
71% - 44 votes
No, it’s traditionally wrong
29% - 18 votes
Previous Results