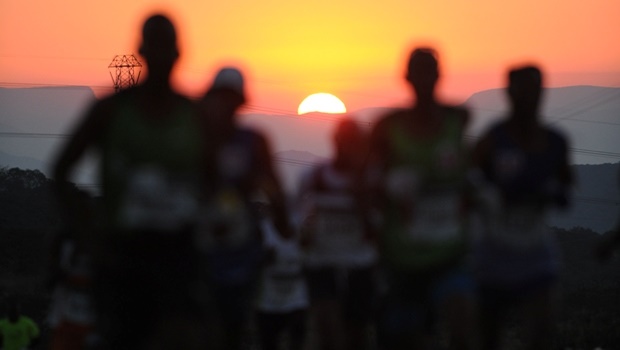 The Comrades Marathon volunteer who was critically injured in a hit-and-run accident on Sunday morning remains critical but stable while police continue their search for the perpetrator.

Johan Doubell (51), from Cleland, was injured when he and three other volunteers were run over by a blue bakkie speeding down Polly Shortts at about 4 am on Sunday while they were setting up a water point.

Erika Kapp, Doubell’s fiancée, told The Witness on Sunday afternoon that Doubell had a knee replacement a year ago on his right leg, and that knee was now broken in five places. She said the doctor said he may have to amputate if they can’t save the leg.

Speaking to The Witness again on Monday, Kapp said Doubell’s situation had not improved much.

“He is still in ICU and drowsy from all the medication. He is bleeding in his frontal brain but in a stable condition despite his face being very swollen. We are waiting for the maxillofacial doctor to assess his facial bone and teeth break,” she said.

The refreshment station was approximately nine kilometres from the start and the first runners were expected to get there at 6 am.

Comrades Marathon Association chairperson Cheryl Winn said road closures with all local and provincial traffic authorities were in place but there were dirt and private roads along Polly Shortts from which they suspect the bakkie might have emerged onto the Comrades Marathon route, which is closed to traffic for the duration of the race. The applicable road closure for Polly Shortts was 4 am to 7.45 am.

Provincial police spokesperson Lieutenant-Colonel Thulani Zwane said: “We are appealing to anyone who might have the information about his [hit-and-run driver] whereabouts to please contact any nearest police station.”

We live in a world where facts and fiction get blurred
In times of uncertainty you need journalism you can trust. For only R75 per month, you have access to a world of in-depth analyses, investigative journalism, top opinions and a range of features. Journalism strengthens democracy. Invest in the future today.
Subscribe to News24
Related Links
Danie runs Comrades after freak injury
Hit-and-run: Comrades volunteer critical
Man running the Comrades again after freak injury
Next on Witness
Four killed in accident near Richmond, KwaZulu-Natal