WATCH | Boomslang in a Christmas tree On the first day of Christmas, SA summer gave to me – a boomslang in a Christmas tree.

A Western Cape family had an unexpected guest hanging around in their Christmas tree on Friday.

According to snake rescuer Gerrie Heyns, he received a call about a snake in a home on a farm.

When he received photos from the family, he said in a Facebook post, he could not believe his eye.

“Now this is a first for me! They sent me two photos and I couldn’t believe my eyes! Yes...Boomslang in their Christmas tree!” Heyns travelled some 62kms from his home in Montagu, Western Cape, to the family’s farm between Robertson and Mcgregor.

“It was 62kms from Montagu and I told them to not bother it and keep their eyes on the snake.

“It was a rural farm area and it took me about 90 minutes to get there. When I got there the snake was still in the Christmas tree. Nevertheless, she got safely removed and I will release her tomorrow,” he said in his post on Friday.

Some of the comments on Heyns's post were as festive as his rescue.

Laura Bannatyne said: “When your 6-year-old wrote their Christmas list all by their own self but couldn’t spell “boomerang”...” 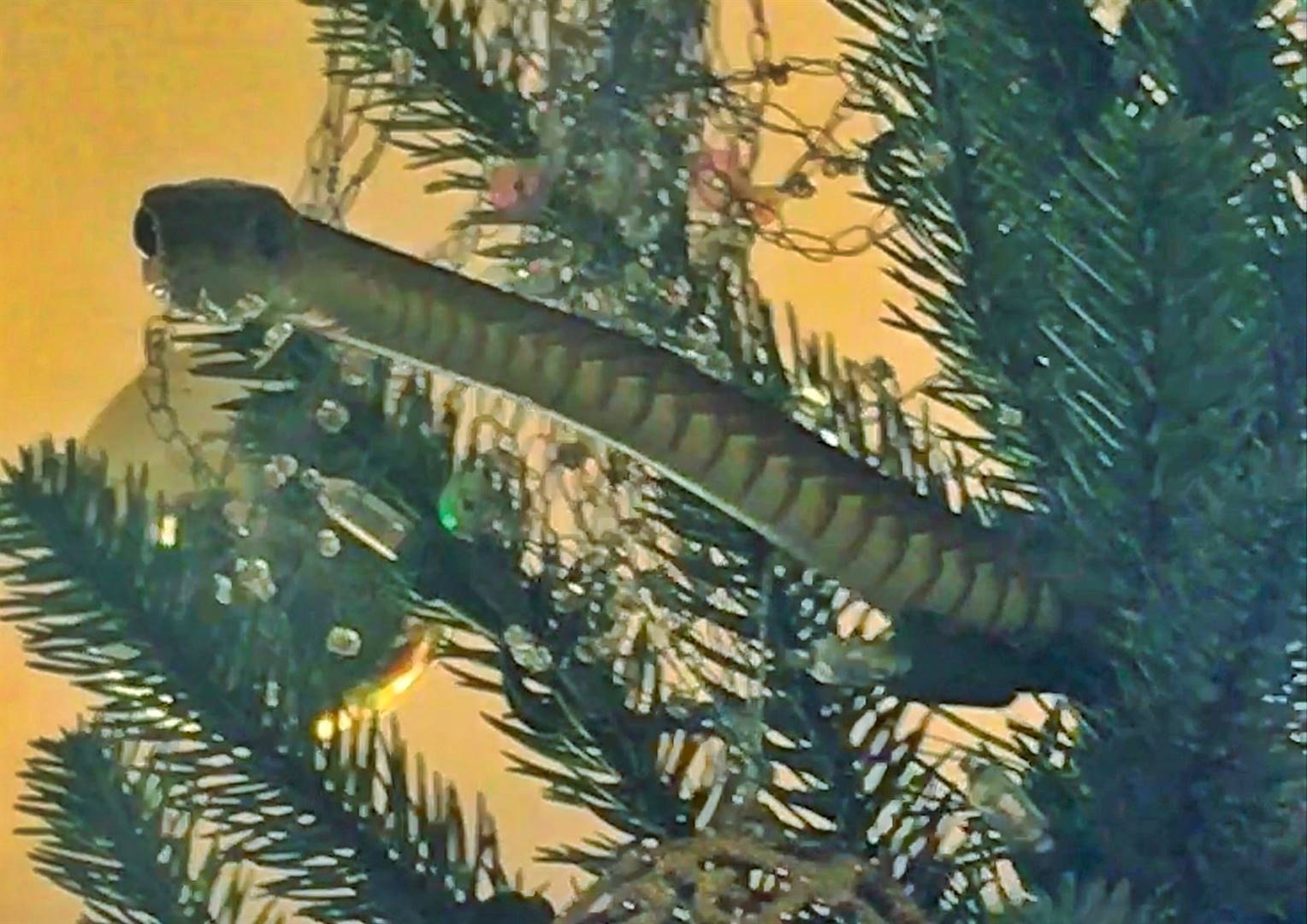 Are there any pressies for me?PHOTO: Facebook, Gerrie Heyns

Chavaugn Lee Gibson wrote: “Jingle bells, jingle bells, boomslangs come to stay, oh what fun it is to (see), oh hell no it can jingle on its merry way. Christmas tree out the door with its decor and cancelled indefinitely.”

We live in a world where facts and fiction get blurred
In times of uncertainty you need journalism you can trust. For only R75 per month, you have access to a world of in-depth analyses, investigative journalism, top opinions and a range of features. Journalism strengthens democracy. Invest in the future today.
Subscribe to News24
Next on Witness
Children in Sub-Saharan Africa dying of Covid-19 at a higher rate than other regions - study