‘We’re scared and must ensure we have enough food’ Anxious shoppers flocked to Parklane Spar on Monday night after President Cyril Ramaphosa announced a national lockdown to curtail the spread of coronavirus in South Africa. Owner of Parklane Spar Cameron Mackenzie said although there is no panic buying, the store is busier than normal. He said tinned food and milk were some of the products in high demand.“There is no panic buying. Everyone is acting responsibly. No one is panicking but we have been persistently busy. Last night [Monday], following the announcement we had to bring in extra people in.” Mackenzie said new stock is arriving regularly.“Spar has assured us of regular service. Their stock units and distribution centres are good. All our suppliers are also confident that they’ll keep delivering.“We have opened extra tills and we’re getting people out quicker so that there are less queues,” he said.

Despite President Cyril Ramaphosa’s plea to South Africans not to stockpile supplies ahead of the Covid-19 lockdown, not everyone heeded the call.

The lockdown comes into effect from the stroke of midnight on Thursday. The Witness canvassed shopping centres and supermarkets in the city on Tuesday where some shoppers were seen holding on to their trolleys and shopping lists, most looking anxious as they waited their turn to stock up on supplies.

Those who arrived early filled up their shopping bags with non-perishables such as canned foods.

Pick n Pay also announced on its Face­book page that it had limited all its alcohol sales: “Beer or cider, three cases each, spirits, three bottles, wine, 12 bottles, and box wine, three boxes each.”

The chain said its stores will remain open and there was no need to stockpile. “We have robust plans in place to ensure steady supplies of food and other household items for you. If you do come to our stores, please respect the rules of social distancing and keep 1,5 m between you and others.” 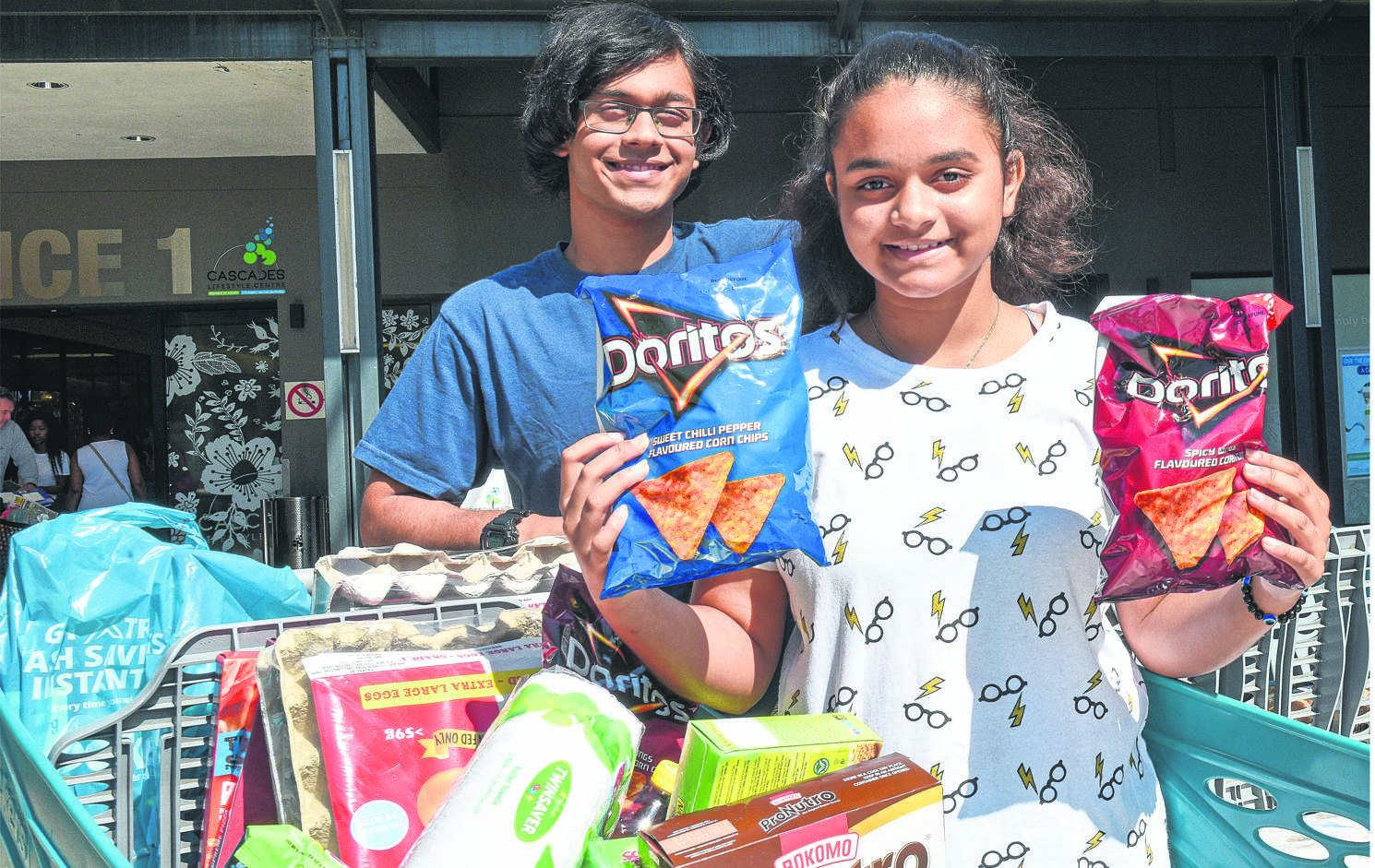 Oak Park siblings Jash and Lara Pandoo stocked up on necessities at Cascades Shopping Centre yesterday ahead of the lockdown beginning at midnight on Thursday.

But some shoppers are worried most items will run out.

“They are going to finish like last week,” one shopper said.

“We are scared and must make sure we have enough food,” another added.

Store owners and managers have been urged to make sure goods, especially those in demand, are limited so there’s enough to go around.

Jash Pandoo, a shopper who spoke to The Witness while queuing at Checkers with two packed trolleys, said he had stocked up on toilet paper and snacks. “I’m going to use the lockdown period to work on my university work. It’s going to be family time as well so there’ll be lots of video and board games.

“I’m sad that I won’t be able to see my friends during this period.”

Amanda Cebekhulu, who was also at Checkers, said even if she wanted to, she could not afford to stockpile and added that people need to be considerate. “Most people haven’t been paid yet, so leave some for those people.”

The owner of Derby Meats butchery in Northdale said they had sold out of mutton and lamb.

Liberty Midlands Mall said it will be announcing its operational plans soon “and shoppers can visit the mall’s Facebook page for more information”.

We live in a world where facts and fiction get blurred
In times of uncertainty you need journalism you can trust. For only R75 per month, you have access to a world of in-depth analyses, investigative journalism, top opinions and a range of features. Journalism strengthens democracy. Invest in the future today.
Subscribe to News24
Related Links
'We are sociable, I will miss that' - queuing shoppers reflect on 21-day lockdown
Panic buying: 'I didn't want to take things lightly', says Gauteng shopper as lockdown looms
Dan Kriek: Panic buying is irrational behaviour and even more so in a food secure South Africa
Next on Witness
Businesses evacuated near gutted down China Mall, Durban

Read more on:
pietermaritzburgpanic buying
Daily Poll
Are you concerned about the gun violence that is grabbing headlines in KZN at present?
Please select an option Oops! Something went wrong, please try again later.
Yes, it is very worrying
84% - 43 votes
No, I feel it doesn’t really affect me
10% - 5 votes
What gun violence?
6% - 3 votes
Previous Results