The KwaSizabantu Mission revelations provide, yet again, the harrowing account of a religious institution which began with apparently good intentions, but descended into a place generally inimical to human wellbeing, where, for years, numerous misgivings and queries about certain rumours were arrogantly dismissed as fabricated by enemies attempting to undermine its God-given mission. Accounts in The Witness over past weeks, particularly the shocking story related by Nontobeko Hlela (October 8 and 9) of fear, cruelty, racism, frequent severe beatings, sexual abuse in the guise of preserving a girl’s purity, stripping young people of all joy, continually emphasising their sinfulness, warning them of the evils of sex, and the horrors of hell — all point to the worst-imagined destructiveness and misuse of religion. Childhoods ruined; wounds that never heal. Having written fairly extensively on this topic in the past, it is with considerable trepidation that I, once more, offer some thoughts on the role of region, for good and ill, in the contemporary world. 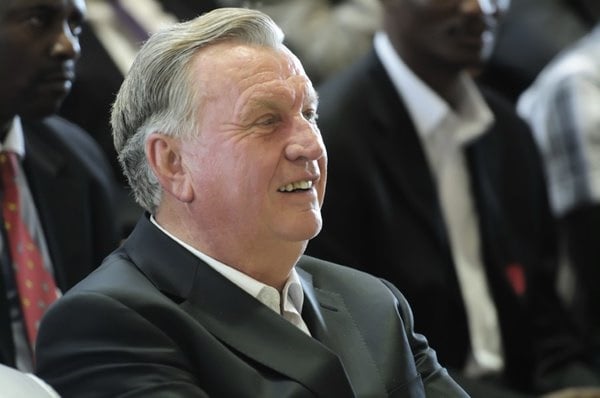 The term “cult”, originally used for the veneration by a relatively small group surrounding a sacred or saintly person, such as Mary, Draupadi, Jalal ud-din Rumi, has more recently expanded to refer to a localised group dominated by a charismatic leader, usually not endorsed or ordained by any recognised tradition, alleging direct divine inspiration and supernatural power, imposing excessive control, frequently demanding injurious behaviour from devotees. Attempts to leave the group are often thwarted by threats. The terms “personality cult”, “brainwashing”, “fear”, “sexual predator”, are often used to describe such pastors, evangelists, prophets and self-appointed “men of God”.

Numerous examples of malignant, largely male, religious leaders from the distant past remind that this phenomenon is not recent. For example, Shabbetai Zevi, a troubled Sephardic Jew in Asia Minor suffering manic and depressive episodes, in 1666 claimed to be the divinely-appointed Messiah, announcing the End Days, sparking widespread hysteria; Rasputin, Russian monk claiming divine healing powers, exerting harmful influence over the desperate family of Tsar Nicholas II; The Church of Scientology founded by L. Ron Hubbard, continually inciting controversy; Jim Jones of Jonestown, accused of sexually abusing converts in order to force a “symbolic connection” with him, in 1978 persuading 918 followers to commit “revolutionary suicide” by drinking cyanide-laced Kool-Aid; Texan David Koresh, fathering children with numerous women followers, dying in 1993 with 79 others in a conflagration triggered by resistance to law-enforcement agents. More recently, Nigerian Pentecostal Pastor Timothy Omotoso, charged with rape and human trafficking in Port Elizabeth — many such churches, run by despotic pastors, professing miraculous cures and merchandise guaranteed to heal all ailments, physical and psychological, offering little that bears resemblance to the preaching of Jesus. So the list grows — a gaggle of madman — itinerant con men selling fake remedies, deluding the poor and unsuspecting, turning professedly philanthropic enterprises into ruthless money-making enterprises, interested only in satiating their own avariciousness. Unconcerned about distinguishing redemptive from demonic actions, ruining lives, rather than urging empathetic, virtuous behaviour, respecting the wellbeing of all.

Religion has been central to human experience for millennia, generating various beliefs and customs considered desirable in certain historical and cultural contexts. However, many practices, subjected to later scrutiny, discarded as anachronistic, no longer morally defensible — most contemporary traditions consciously rejecting such practices as slavery, polygamy, female genital mutilation, sacrificial killings, witch-hunts, violent exorcisms, recognised as harmful to human and animal wellbeing. Since the end of World War 2 there has been a proliferation of what have become known as New Religious Movements (NRMs) — such as Transcendental Meditation (TM), Hare Krishna, Wicca, Goddess veneration, Universal Sufism — usually offering pluralistic world views, either independent, or on the fringes, of larger traditions, suggesting alternative and often valuable insights into more traditional beliefs. These should be distinguished from “cults” which adopt a more restrictive authoritarianism to dogma and devotees.

As Hlela says of KwaSizabantu: “I do believe that at some point it was good ... but it lost its way a long time ago.”

So what goes wrong within age-old religious traditions, many of which have inspired marvellous, spiritually-transforming art, music, architecture, and altruistic, redemptive actions?

Although, it must be acknowledged that throughout the centuries, certain religious initiatives have caused appalling destruction and suffering — the mediaeval crusades being an obvious example.

Part of the answer to these more recent religious aberrations can be found in the fact that most world religions are clearly male-dominated, assuming male experience to be normative; that it is “divinely ordained” for men to dominate women. All the examples of harmful religious practices mentioned here involve male leadership, too often misusing power to subjugate and abuse women. Although, once again, it must be acknowledged that some women — the Mammas — do participate in the system, but usually in secondary, submissive roles, supporting male authority, too often in an attempt at self-preservation, rather than authentic leadership roles in their own right, as has now been established in most mainstream Christian denominations.

Crime author Patricia Cornwell has done extensive research on the character of the Victorian artist Walter Sickert, whom she believes to have been the never-apprehended Jack-the-Ripper who murdered and mutilated the bodies of dozens of women in London’s East End from 1888. Cornwell, portrays Sickert, actor and painter, as the epitome of scheming, fantasy-driven narcissism; obsessively occupied with his own appearance, chameleon-like constantly changing his extravagant clothing and hairstyle to disguise his voyeuristic escapades into the lives of prostitutes, his contempt for women revealed in many disquieting portraits.

His manipulative, exploitative attitudes to others displayed an arrogant lack of empathy, no sense of remorse for pain caused, nor any concern for the consequences of his actions, with such lack of humanity very easily tipping into ruthless violence.

“Religion is the sigh of the oppressed creature, the heart of a heartless world, the soul of soulless conditions. It is the opium of the people.”
Karl Marx

Religion offers a particularly attractive podium for the male narcissist to play out his self-promoting fantasies. The focus of attention, parading in sumptuous robes, mesmerising his adoring audience with rhythmic litanies of clichés, admonishing them to hang on to his every pronouncement, brainwashed into accepting the superiority of the male, claiming authority to convey the authentic word of God. Such absolute control feeds the inflated ego of the narcissist, sanctioning manipulation and grooming of followers to submit to morally repugnant practices: purchasing fraudulent “snake-oil” cures, drinking petrol, spraying Doom insecticide to exorcise demons; the sick and paralysed queuing to access instant, “miraculous” cures for cancer, HIV and many life-threatening ailments. One instance reported a pastor trampling over the naked bodies of women — the ultimate symbol of misogyny — stripping, stomping, mastery, total subjugation. Beware the Big Daddy who promises protection from ghoulies and ghosties and long-leggedy beasties and things that go bump in the night — all manner of mythical creatures and conspiracy theories — but is not the Good Shepherd, but a predator, masking evil as beneficial, not redemptive Good News, but death-dealing, fake news.

Another challenge to religion from an unexpected source involves the evocative language of Karl Marx’s view of religion: “Religion is the sigh of the oppressed creature, the heart of a heartless world, the soul of soulless conditions. It is the opium of the people.” Despite denouncing religion, Marx was steeped in traditional religion — the grandson of a rabbi, although his parents had converted to Christianity.

At times he sounded like a Hebrew prophet, demanding justice for the poor and oppressed, haranguing the unfeeling rich; choosing a life of austerity. Although condemning established religion as offering false hope of escape from desperate hardship and financial poverty, alienating people from society, only providing redemption from suffering in the afterlife, he encouraged the cultivation of true spirituality, calling for social conditions which afforded everyone sufficient time and space for creative activity and quality of life. His tomb in Highgate Cemetery, London, declares: “The philosophers have only interpreted the world in various ways. The point, however, is to change it.”

Much current preaching is clearly of the “opium” type, divorced from morality, offering false consolation to the desperate to numb the agony of reality, providing a soporific effect of illusory happiness, masking the real causes of human suffering. Such inauthentic religion distracts from engaging in social action to solve the problems confronting humanity, encouraging a submissive acceptance of one’s plight, allowing ruthless charlatan manipulators to exploit adversity, growing obscenely opulent from their duplicitous claims. Rather than opiates to relieve the anguish of life’s inevitable suffering and tragedy, pastors of good faith — women and men — are responsible for providing guidance in the search for meaning and value in the face of tragedy, suffering and death; support to transcend fear and anger, offering the redemptive power of empathy, altruism, joy, new vitality.

Instead of preaching divisiveness and separation from the perceived sinfulness of the outside world, invoking fear of a vengeful deity and the fires of hell for those who transgress his commandments, Good Shepherds should lead towards the kind of experience described by The Buddha as “Enlightenment”, a searing sense of awakening to reality —  revealing the world as a place of exquisite beauty and wonder, provoking the motivation to participate actively in preserving and promoting this vision by creating a more empathetic and sustainable environment for all inhabitants of this planet. But, to return to the situation at KwaSizabantu.

In order to achieve absolution and transformation, human rights abuses must be clearly identified, and offenders prosecuted, sending an unambiguous message that the goal is to create a just, principled, egalitarian community — a fellowship — promoting life-enhancing harmony and flourishing, fostering the full humanity of each individual.

Finally, on a practical level, with the toxicity eradicated, surely it would then be possible to explore the re-establishment and regeneration of aQuellé water production, the vegetable-growing for supermarkets, the restaurant, the drug rehabilitation centre, the school, all of which have great potential to contribute to the physical, psychological and spiritual needs of the local community and the wider South African wellbeing, nurturing redemptive healing and reconciliation.

• Alleyn Diesel has a PhD in religious studies from the University of Natal.

We live in a world where facts and fiction get blurred
In times of uncertainty you need journalism you can trust. For only R75 per month, you have access to a world of in-depth analyses, investigative journalism, top opinions and a range of features. Journalism strengthens democracy. Invest in the future today.
Subscribe to News24
Related Links
CRL Commission hears harrowing testimony of sexual assault and empty promises at KwaSizabantu
Allegations of religious intolerance a ploy to stall restructuring process, says Limpopo deputy DG
Siya Khumalo | But do you have to know God to be gay?
Next on Witness
Opinion | Shocked that matrics have been running government into the ground

Read more on:
kwasizabantureligioncults
Daily Poll
Recently, the police have come under fire for a spate of attacks on civilians, which in some instances has led to death. Police Minister Bheki Cele has said police brutality is ‘of serious concern’. What are your thoughts on the matter?
Please select an option Oops! Something went wrong, please try again later.
There may be a few bad apples but this is the exception not the rule
10% - 3 votes
I’m scared of the police and always try to stay clear of them
10% - 3 votes
Police training needs to be improved, so this doesn't happen and there must be consequences for abuse of power
80% - 24 votes
Previous Results
Latest Issue