Where will the children play? Dear honourable Mr Mayor and councillors of the “City of Choice”

Ibelieve you wish to give our professional football team Maritzburg United a R9 million sponsorship. I am not sure what cars you all drive or in fact if you are flown into work by helicopters as you seem to miss all the famous potholes, uncut verges, mountains of litter, faulty streetlights, kamikaze taxis, non-functioning electricity and water points, and importantly our non-existent sports fields.

I wondered if you would consider driving past the once pristine sports fields in Alexandra Park, Dales Park, Manor, Tatum, Brookside, Chatterton Road and Dalry Park, to name a few. For those of you with tinted windows, big bodyguards and air-con, I have included a few photos of the current state of these fields, now defunct and derelict under your watch.

In 1882, over 139 years ago, Pietermaritzburg boasted four football fields in playable condition: one was the Oval in Alexandra Park, another was called “the Vlei” in Braid Street, another was the “Garrison” field at Fort Napier and the fourth was just outside City Hall, where the library and Freedom Square now stand. We now have no maintained or usable municipal football fields in the city.

The oldest surviving football club in Africa, Savage FC (founded in 1882), was the resident club at the Oval in Alexandra Park in those days and shared the facilities with Zingari Cricket Club during their various sporting seasons.

"Unfortunately, under your predecessors and your watch, all these fields are now either built over, abandoned or unusable for football because of uncut or no grass, mole hills, ant hills, stray cattle and goats, the odd bush pig, no markings and no goalposts. (I stand corrected, I noted one rusted and bent goalpost at the old Under 14 field at Alexandra Park and one at Dales Park — the old Westmore Park.)"
Ben Hartshorne

Over the years, the city leaders added to the sports fields in the city and surrounding areas and up until about 20 years ago, PMB could boast the following football fields in and around the city: Alexandra Park (Oval, Duck Pond, Under 16, 14, 12, 10 and Under 6/8 fields). A little way up the road was the Jan Smuts Stadium which incidentally was available to all football clubs, not just reserved for the one mediocre professional club in the city, like now. No mind though, as we could use the Ellis Smith (sometimes fondly referred to as Ellis Concrete), Forsyth and Dare Osborne fields right next door.

Then there were two fields at Manor, two at Tatum, three at Brookside, four or more at Chatterton Road near the Royal showgrounds, one in the centre of the showgrounds, two at Dales Park, and two at Dalry Park where the famous UKZN teams used to play. That’s 27 fields ably maintained by the Parks Department, suitably marked and with the necessary goalposts! Before you pull a ham string, these fields were open and well used by people of all race groups long before the changes in 1994.

Unfortunately, under your predecessors and your watch, all these fields are now either built over, abandoned or unusable for football because of uncut or no grass, mole hills, ant hills, stray cattle and goats, the odd bush pig, no markings and no goalposts. (I stand corrected, I noted one rusted and bent goalpost at the old Under 14 field at Alexandra Park and one at Dales Park — the old Westmore Park.) 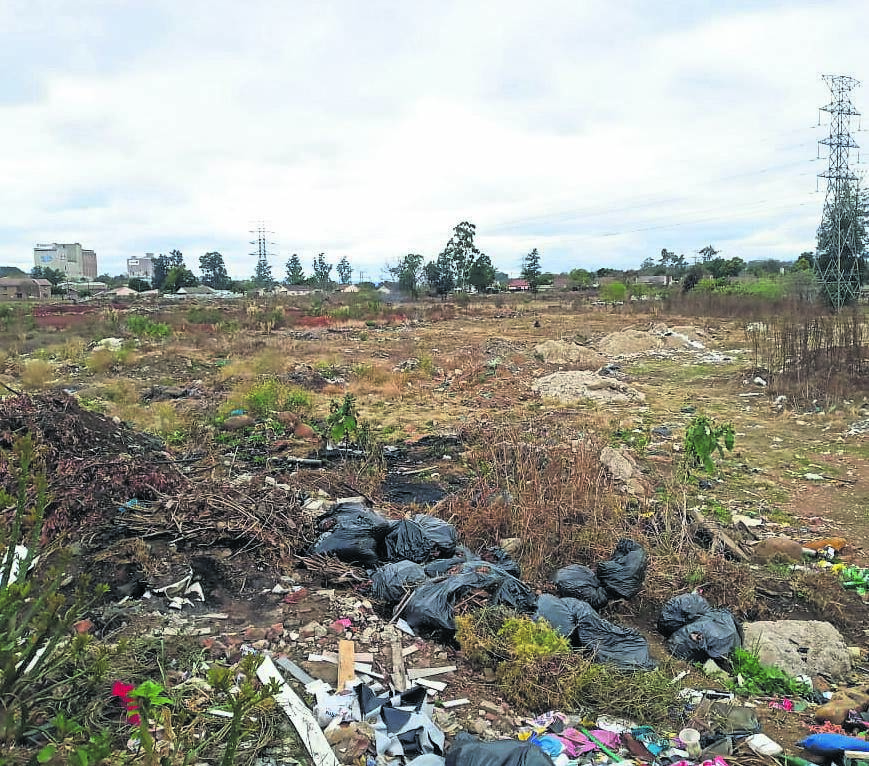 I humbly suggest that instead of sponsoring a professional football club that is already heavily subsidised by the league through corporate and private sponsors, spectators (Covid-19 withstanding) and advertising revenue from many sources, you put this money to good use by fixing and maintaining the few remaining fields for your communities’ sportspeople and especially the children.

I also humbly suggest that you consider reinstating the stipend paid to the local football associations back in the day which enabled them to assist the clubs with football kit and equipment. I think that the Maritzburg and District Football Association (MDFA) — probably the oldest surviving football association in SA, having been founded in 1897 — last received the princely sum of R10 000 per annum, about 25 years ago.

The MDFA was a formidable association back in those days and was home to hundreds of football clubs in PMB. There were first, second and third division senior leagues, with about 12 teams per league, and also junior leagues for every age group from Under six to Under 21. These clubs flourished because they had excellent fields to play on and facilities like change rooms and floodlights.

There was also an excellent Sunday League which was played on the Oval and Duck Pond fields in Alexandra Park which attracted thousands of supporters for the big games.

Due to the lack of facilities and any municipal assistance, the MDFA and many other football associations have either vanished or are battling to survive. The MDFA and Maritzburg Central Area Soccer Stream (MCASS) have combined forces and amalgamated to form the Central Area Soccer Stream this season. They are also battling to survive due to the lack of any Safa, municipal or government assistance and of course the Covid 19 pandemic. This proud stream playing under the Safa Local Football Association has attracted over 60 football clubs from central PMB and outlying areas, including Imbali, Edendale, Sobantu, Northdale and Eastwood. Only problem is they have no useable municipal fields to play on.

"He has nursed (and sometimes quietly cursed) them, he has comforted them, he has mothered and fathered them, he has heard their dreams, seen their tears of joy and sadness, seen their heartbreaks not only from football but home life and love life, he has mentored and sometimes been mentored, he has been challenged, he has won some and lost some (both games and players), but he has done his best and prepared “his children” for their future."
Ben Hartshorne

Many of these clubs are from impoverished areas and have very poor grounds and facilities. They are largely managed by voluntary members who are driven by a passion to assist their communities through sport. For many children this is their only opportunity to further their sporting dreams and to share the camaraderie with other children of our Rainbow Nation.

If you feel you have insurmountable problems and life’s challenges weigh you down to a point where you despair and see no future, I challenge you to seek out your local sports field and watch the children at play. Try the littlies first, the lucky legs, or formally the Under sixes. Take in the unbridled joy of the freedom to kick a ball, to roll, to tumble, to hug the goal scorer, to comfort the loser, to hear the screams of excited parents, to watch the butterflies and most importantly to be unconcerned about the outcome of the game because you are a champion in your coaches’ and parents’ eyes.

Now that your spirits are lifted, move on through the dusty grounds and watch as the children grow before your eyes until you come to the Under 17s. Here things are more serious as this is the last year before senior football. Often the coach (Coach Joe, Coach Lucky, Coach Brian, etc.) has been with these children for over 10 unpaid years. Yes, unpaid, but only financially as he has seen “his” children grow into fine women and men. He has nursed (and sometimes quietly cursed) them, he has comforted them, he has mothered and fathered them, he has heard their dreams, seen their tears of joy and sadness, seen their heartbreaks not only from football but home life and love life, he has mentored and sometimes been mentored, he has been challenged, he has won some and lost some (both games and players), but he has done his best and prepared “his children” for their future. Next season you will probably see coaches Joe, Brian and Lucky hovering at the side of the Under six field aching for someone to ask: “Sir, we need a coach, please.”

Sorry Mr Mayor, I got somewhat sidetracked from my main point: the lack of properly maintained sports grounds for our children and the community in general. Imagine if you made a difference and not only fixed our children’s fields but maintained them as well. Imagine if you and the other councillors came down to the grounds and watched the youngsters play. I am sure your spirits and enthusiasm would be lifted and you would be inspired to fix all the other problems in the city as well.

I also humbly ask that you put a song on your CD player or even call it up on Spotify on your very smart sound system in your very smart car, it’s suitably called: Where Will the Children Play? by Cat Stevens. It will remind you of your civil duty and your sworn oath to serve all the residents in this once fine city before it’s too late. It unfortunately may be too late for you as you seem far down the list for the next mayor so maybe leave this letter somewhere for your successor to find, to hopefully enable them to leave a legacy for the future generations of Pietermaritzburg. 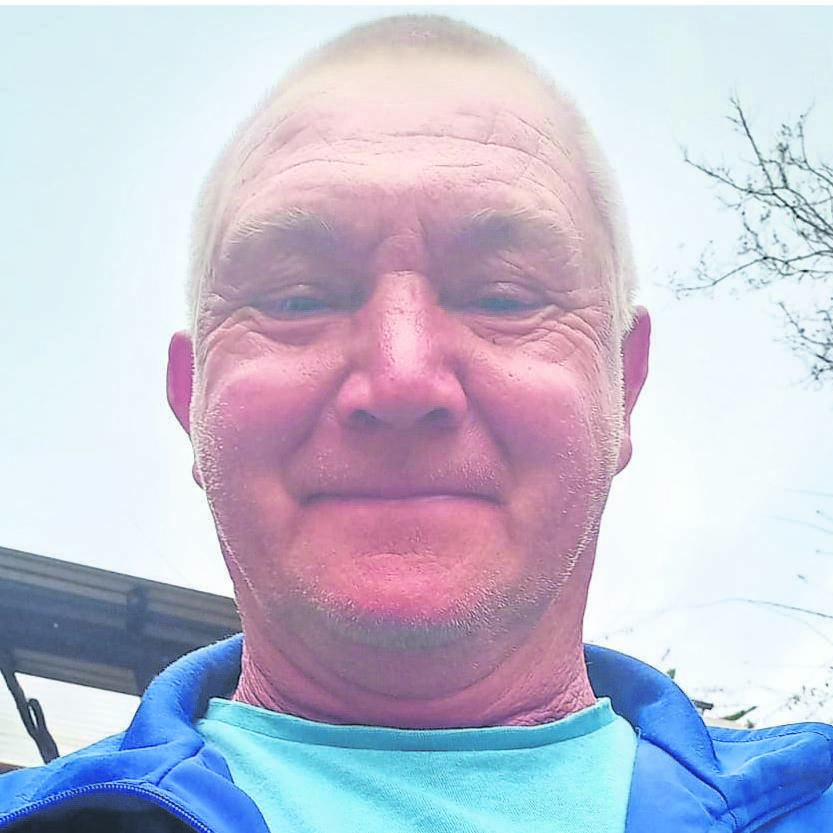 • Ben Hartshorne has been in the football game all his life in PMB. He has researched the history of Savages FC and says he’s established that it’s the oldest surviving football club in Africa and ninth oldest in the world. “We are enrolled in the Club of Pioneers run by Sheffield FC in the UK, officially the first football club in the world.”

We live in a world where facts and fiction get blurred
In times of uncertainty you need journalism you can trust. For only R75 per month, you have access to a world of in-depth analyses, investigative journalism, top opinions and a range of features. Journalism strengthens democracy. Invest in the future today.
Subscribe to News24
Next on Witness
Opinion | Au revoir to the RET

Read more on:
sports fieldsleisure
Daily Poll
Do you know who the ward councillor in your area is?
Please select an option Oops! Something went wrong, please try again later.
Yes
43% - 28 votes
No
57% - 37 votes
Previous Results