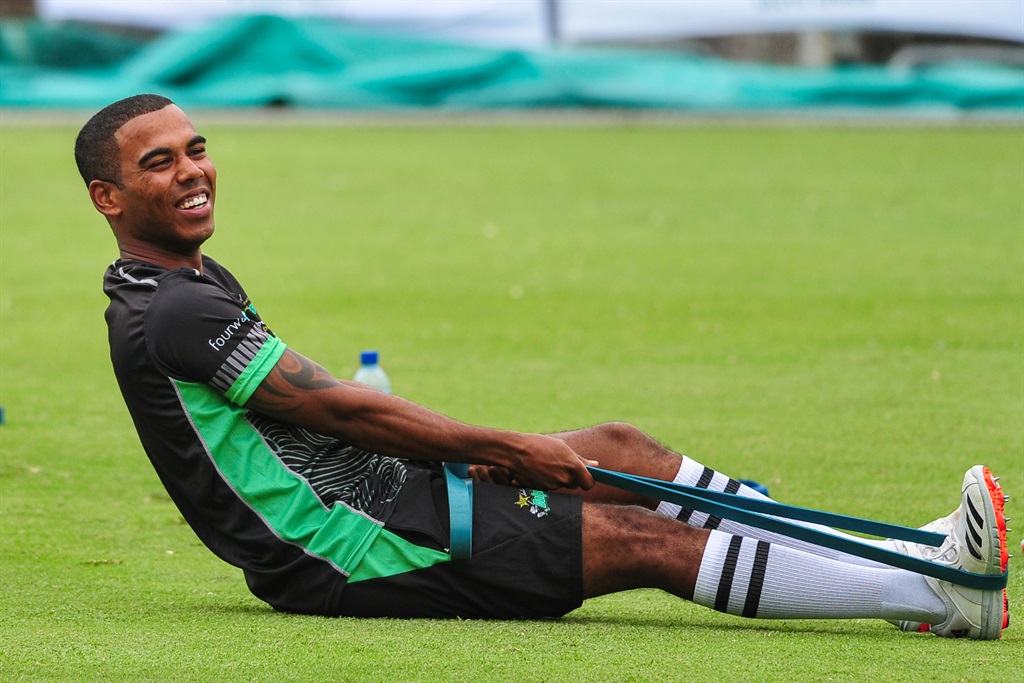 Keegan Petersen will lead the Dolphins against Warriors on Wednesday.
Darren Stewart

The Dolphins head into their quarter-final of the CSA T20 Knock Out against the Warriors at the Diamond Oval in Kimberley on Wednesday brimming with confidence.

This after a full-house of wins in the group phase for the Hollywoodbets-sponsored side.

The men from Durban notched up three wins and two bonus point triumphs in their group and weren’t reliant on just one performer, as bowlers and batsmen contributed throughout to show the depth in the squad. But, unfortunately, they will be without skipper Prenelan Subrayen, who picked up an ankle injury in their victory over the SA Under-19 side on the final day of the group phase.

“We understand the importance of playing forty great overs of cricket and if we aren’t at the top of our game we know the Warriors will be right there. It’s always an honour for players and coaches to be in this position and we know that we have done the hard yards in training heading into this fixture.”
Dolphins assistant coach, Quinton Friend.

Gameplan Media reported the Dolphins will also be without wicket-keeper/batsman Grant Roelofsen, who will miss the remainder of the competition with a groin injury.

One of the Dolphins assistant coaches, Quinton Friend, understands that the Warriors side will pose a significant threat to their charge to the semi-final with a number of high profile players in their set-up. “It’s a very good team and their top three is massive with Breetzke, Lubbe and Jon-Jon Smuts,” Friend said.

“They are free-scoring players as well, so the key thing for us is that we back our skills and make sure that we are confident in the things that we have worked on. The Warriors are a team that look to dominate that powerplay so the first six overs are going to be crucial.

“We will need to make some important decisions going into the power-play, but we know that these are the things that we are going to have to really think about going into this quarter-final.” Friend also knows the importance of being at the top of their game going into this encounter given the significance of the fixture and the do-or-die scenario ahead of them.

“We understand the importance of playing forty great overs of cricket and if we aren’t at the top of our game we know the Warriors will be right there. It’s always an honour for players and coaches to be in this position and we know that we have done the hard yards in training heading into this fixture,” he added.

The Dolphins have decided to not add any new players to the squad, with Keegan Petersen set to take the wicket-keeping gloves from the injured Roelofsen, while Dolphins red-ball captain Marques Ackerman will lead the side into the 10 am fixture.

Wednesday’s other quarter-final features Gbets Rocks and NW Dragons at 2.30 pm. Both matches will be televised.

We live in a world where facts and fiction get blurred
In times of uncertainty you need journalism you can trust. For only R75 per month, you have access to a world of in-depth analyses, investigative journalism, top opinions and a range of features. Journalism strengthens democracy. Invest in the future today.
Subscribe to News24
Related Links
Roelofsen says consistency is key for Dolphins in T20 Knock Out.
Baartman and Erwee guide Dolphins to victory against Dragons.
Dolphins face Dragons in T20 opener.
Next on Witness
Dolphins draw, Tuskers grab victory