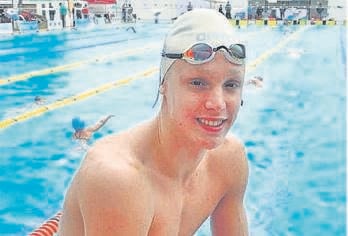 Pietermaritzburg swimmer Matthew Sates continued with his fine form at the Swimming Grand Prix in Durban at the weekend.
Wayne Riddin

Pietermaritzburg’s Matthew Sates delivered two outstanding performances in the 200 m individual medley and the 100 m butterfly with an Olympic Qualification time while Tatjana Schoenmaker produced a thrilling final day to the Durban leg of the Swimming Grand Prix at the weekend.

The two-day Grand Prix was held at the Kings Park Aquatics Centre on Saturday and Sunday.

Schoenmaker dominated the finals, adding two gold medals to her tally in the 50 and 200m breaststroke.