SA to have a gymnastics team at the Olympics 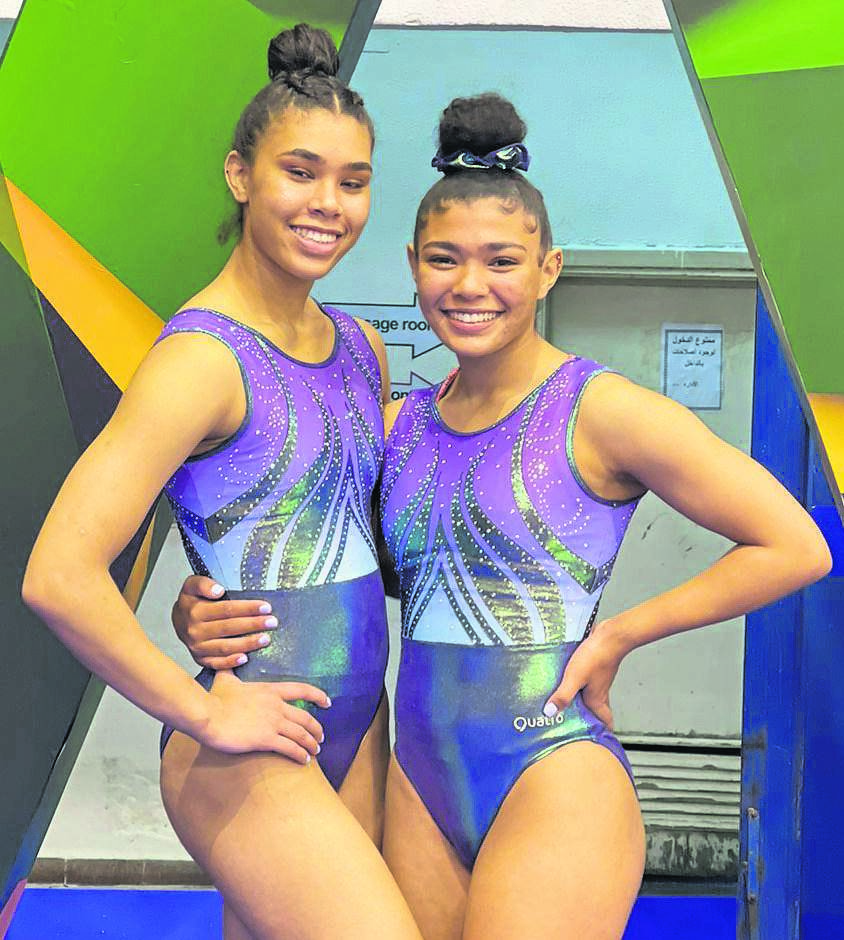 South Africa is going to have women’s gymnastics representatives at the forthcoming Olympics for the first time since 2004, and the SA men’s and women’s hockey teams have also been confirmed for Tokyo.

This follows a remarkable moment for the country at the 15th Individual African Gymnastics Championships in Egypt on Wednesday night, according to Gymnastics South Africa.

Naveen and her sister Zelme Daries were in Egypt contesting a berth at the Olympic Games along with teammate Mammule Rankoe.

WATCH | 19-year-old gymnast shows no signs of slowing down despite postponed Olympics.

The three girls were accompanied by Rooskrantz who supported them in their quest to qualify and get some much-needed international participation experience in the run up to the Olympic Games.

They competed on all four apparatus against strong competitors from Egypt, Algeria, Nigeria and Cameroon in the pursuit of the two berths (only one per country) at the Tokyo Olympics. Following a strongly-contested battle, Naveen Daries and Zeina Sharaf from Egypt walked away with the coveted berths available at the event. Meanwhile, the SA Sports Confederation and Olympic Committee (Sascoc) on Thursday announced the SA men’s and women’s hockey teams that will feature in Tokyo in July and August.

The women’s team features Lisa-Marie Deetlefs, who will be going to her third Olympic Games and is the only existing Olympian in the squad which features three uncapped players and four centurions, including Quanita Bobbs, Lilian du Plessis and Celia Seerane.

They will be captained by Erin Christie, supported by Phumelela Mbande. The SA women are in Group A of the tournament and start their campaign on July 24 against Ireland.

Their second game will take place two days later against Great Britain, with Netherlands awaiting 48 hours after that. It’s then a quick turnaround between Match 4 against Germany on July 30 and Match 5 against India just 24 hours later.

The SA men’s squad features five Olympians. Rassie Pieterse, Tim Drummond, Taine Paton and Clinton Panther will add a second games to their CVs having appeared in London in 2012, while Austin Smith also appeared in Beijing in 2008.

Eighteen-year-old Mustapha Cassiem and 21-year-old Sam Mvimbi will be playing in their first major tournament, while every other player has featured in one major.

Tim Drummond will continue to lead the team as captain.

The men are in Group B. They will open their adventure against Great Britain on July 24.

Their other games will be against the Netherlands, world No 1 Belgium, Germany and Canada — a taller order for Drummond’s men.

We live in a world where facts and fiction get blurred
In times of uncertainty you need journalism you can trust. For only R75 per month, you have access to a world of in-depth analyses, investigative journalism, top opinions and a range of features. Journalism strengthens democracy. Invest in the future today.
Subscribe to News24
Related Links
Maritzburg to host some of SA’s best track athletes.
SA men’s rowing crew earn gold at Olympics qualifier.
SA Under-23 football coach Notoane calls Olympics draw ‘reasonable’.
Next on Witness
Now is the time for carp and bass fishing in KZN

Read more on:
sascocnaveen dariestokyogymnasticshockeyolympics
Daily Poll
Do you agree with the ConCourt’s ruling that unmarried fathers have the right to register their children under their surname?
Please select an option Oops! Something went wrong, please try again later.
Yes, it’s his children too
72% - 34 votes
No, it’s traditionally wrong
28% - 13 votes
Previous Results