Sharks urged to step up in Currie Cup Apart from Covid-19 prematurely ending their Super Rugby Unlocked title chase and season, the Sharks’ lack of consistency in set-piece play was another downfall for the franchise.

READ MORE | Sharks ‘will have a team’

And that’s why the Sharks legend Jacques Botes has launched a plea to the side’s forward pack to step up ahead of the Currie Cup campaign, set for kick off in Durban in a week’s time.

There’s more to this story
Subscribe to News24 and get access to our exclusive journalism and features today.
Subscribe
Already a subscriber? Sign in
Next on Witness
‘Let’s play to win’, says Maritzburg United assistant coach Delron Buckley 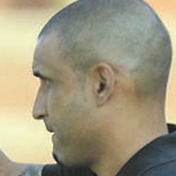