Less to worry about as Maritzburg United prepare for Galaxy 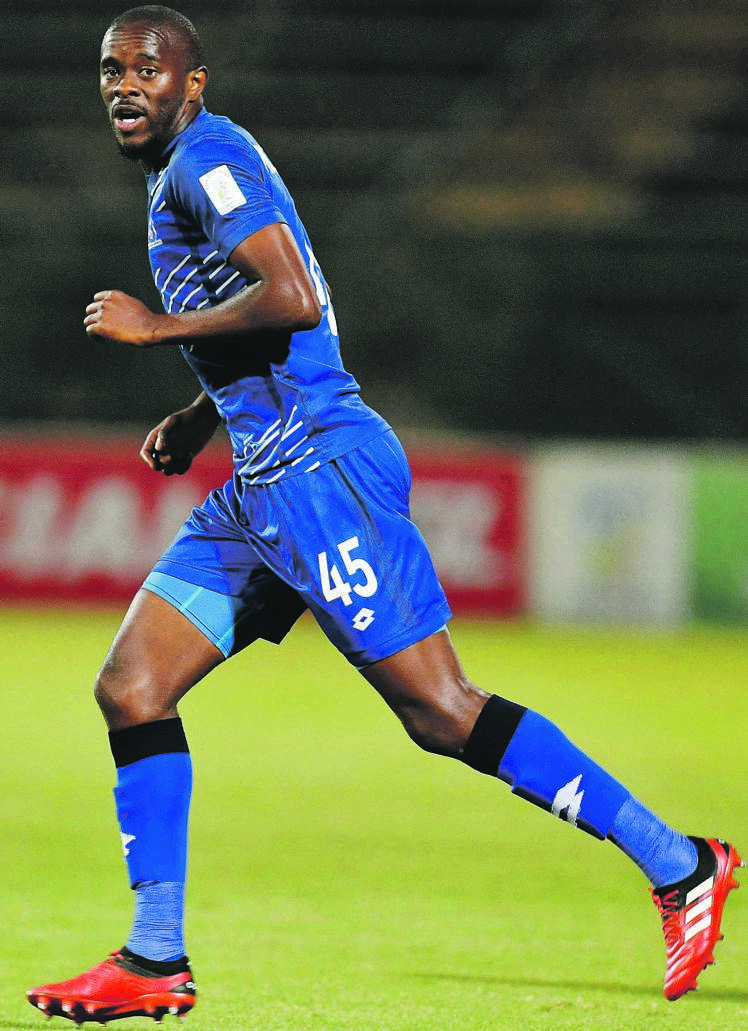 For the second match running, the revitalised men at Maritzburg United are chuffed that they need not worry about new suspensions, injuries or Covid-19 cases going into Wednesday’s encounter with unsettled TS Galaxy in the DStv Premiership at Harry Gwala Stadium.

They will, however, hope that this solid manpower situation helps them get an even more positive result than it did in Durban on Sunday, when they gladly accepted a goalless draw with new-look and dominant AmaZulu in the provincial derby at King’s Park.

The outcome of that coastal affair stretched United’s unbeaten run to four matches under recently-signed head coach Ernst Middendorp, and a “three-pointer” on Wednesday will help put some distance between themselves and rivals in the bottom five of the standings.

“I think everyone is ready, I think anyone can play. We are looking forward to it. Whoever is on the field must be ready to work, so that we can keep moving forward.”
United defender Kwanda Mngonyama

That is a big goal of the fixture.

As United defender Kwanda Mngonyama said: “It was definitely good for us to get an away point against AmaZulu, for our progress. We are moving forward. It is a short turnaround to the Galaxy game, but we are here to work, at the end of the day.

“I think everyone is ready, I think anyone can play. We are looking forward to it. Whoever is on the field must be ready to work, so that we can keep moving forward.

“We don’t know much about Galaxy as a team. They have a new coach now, but we all know how coach Owen [da Gama] plays and, obviously, it is not going to be an easy game. It is better for us to be ready and prepared for it.

What more can I say?”

Having slipped to the bottom of the 16-team standings, Galaxy are relying on the experience of Da Gama and new assistant coach Shaun Bartlett to lift them to stable ground in the near future.

Value of clubs
Their squad [TS Galaxy] value is rated at €5,45 million, to United’s €7,05 million , according to transfermarket.co.za.

The rookies have enjoyed just one win from their 11 matches in the top flight and they already possess a minus-seven goal difference, which Mxolisi Macuphu and their other front runners will hope to improve, but the team’s defence will also need to come to the party. In that department, former United skipper Bevan Fransman is one of the most experienced and oldest members for the Mpumalanga side. Attacking midfielder Justice Figuareido from Swaziland is another former United player in the Galaxy camp.

Their squad value is rated at €5,45 million, to United’s €7,05 million , according to transfermarket.co.za.

Overall, six Premiership games take place on Wednesday and their collective nature suggests there will be some log changes again at the last whistle before 7 pm.

Meanwhile, Swallows’ Brandon Truter and Ruzaigh Gamildien have been named the DStv Premiership Coach and Player of the Month for December/January respectively.

We live in a world where facts and fiction get blurred
In times of uncertainty you need journalism you can trust. For 14 free days, you can have access to a world of in-depth analyses, investigative journalism, top opinions and a range of features. Journalism strengthens democracy. Invest in the future today. Thereafter you will be billed R75 per month. You can cancel anytime and if you cancel within 14 days you won't be billed.
Subscribe to News24
Related Links
Middendop satisfied with ‘away point’
Upbeat Maritzburg United focus on derby
Ernst brings right mix to Maritzburg United
Next on Witness
United achieved their goal

Read more on:
dstv premiershipowen da gamaernst middendorpkwazulu-natalkznpietermaritzburgts galaxysoccermaritzburg united
Daily Poll
AfriForum has launched a legal bid to have the five-year renewal of drivers’ licences scrapped. What are your thoughts on the matter?
Please select an option Oops! Something went wrong, please try again later.
I agree. The renewals are a waste of time and money
90% - 162 votes
The department has to keep a check on drivers somehow
9% - 16 votes
It makes no difference to me - I drive without a licence anyway
1% - 2 votes
Previous Results