Why hormonal therapy can change your life if you're menopausal For some women it’s a change that comes and goes without distressing symptoms. But for others, menopause is full of challenges and can make them feel as if they don’t even recognise themselves.

Hot flushes, night sweats, mood swings, sleeplessness, vaginal dryness, low libido – when this is what you have to deal with, the change of life, as it’s called, is no barrel of laughs. This unavoidable natural process can also be a time of anxiety because of the questions it raises. Should you just ride it out or go on hormone therapy? What about the risks? Isn’t taking hormones bad for you? These days it’s called menopausal hormone therapy (MHT) as this is considered a more accurate description than hormone replacement therapy (HRT), says Dr Philip Zinn, a gynaecologist and obstetrician from Cape Town who’s affiliated with the South African Menopause Society (Sams). MHT is the use of medication to relieve symptoms linked to the hormonal changes that come with menopause, he says.

Whatever it’s called, this hormone therapy provides relief for women struggling with the discomfort that menopausal symptoms can cause. “During menopause, the hormones that used to help you be the person you wanted the world to see, decrease,” says Dr Grant Fourie, an expert in functional medicine and hormone therapy based in Durbanville, Cape Town. “But there’s no reason you have to be a lesser version of the person you were.

You can be as fabulous at 60 as you were at 20.” MHT involves primarily the hormones oestrogen and progesterone. “The decrease in or lack of oestrogen production by the ovaries is the greatest cause of menopauserelated symptoms that can impede quality of life,” Zinn says. Oestrogen therapy is available in tablet form so it can be taken orally, or as a gel or patch for absorption through the skin. It can also be administered as a vaginal treatment in the form of a cream or vaginal pessary.

Progesterone is the hormone that maintains the endometrium (the inner lining of the uterus) for pregnancy. “It’s important that progesterone be prescribed in con junction with oestrogen, except if the uterus has been removed.” Progesterone usually comes in combination with oestrogen in patch and tablet form, Zinn says, but can be administered on its own as a tablet or vaginal pessary.

The hormone testosterone can affect a woman’s libido, with a deficiency being linked to low sex drive. But testosterone isn’t a standard component of MHT, Zinn says. “Testosterone therapy can be used. It has other possible benefits too, such as muscle strength and increased stamina, but there’s less long-term research on this, as well as on its safety compared to oestrogen therapy.”

Testosterone is only available as a registered medication via injection for use in men. For women it’s available either as a gel which is applied to the skin or as a pellet that’s implanted into the fatty tissue below the skin. Doctors can prescribe it for “off-label” use in women and adjust the dose accordingly but women should be aware of the greater uncertainty about its risk. Once a woman starts MHT, symptoms such as hot flushes, night sweats and mood swings should improve within two weeks, Zinn says.

But it’s about more than just the relief of these symptoms. Many age-related ailments can be slowed down by replenishing hormone deficiencies, says Dr Alain Sanua, a medical doctor and homeopath. Oestrogen, for example, has more than 400 functions in the body, he explains. It regulates sleep and insulin levels, helps retain collagen in the skin and decreases the risk of heart disease, among other things.

The internationally recognised medical stance on menopausal hormone therapy (MHT) is that it’s recommended for women who experience vasomotor symptoms – caused by dilation and restriction of blood vessels – such as hot flushes and night sweats, between the ages of 50 and 60.

It’s during this time that the benefits outweigh the risks, says Dr Peter Roos, former president of the South African Menopause Society (Sams). There’s good evidence that MHT for women between 50 and 60 provides longterm health benefits, says Cape Town gynaecologist Dr Philip Zinn. Doctors have a duty to inform women in early menopause of this “window of opportunity”, he adds.

This is typically a hormone or combination of hormones available in set amounts and formats, Fourie says. It’s prescribed by a gynaecologist, sold under a brand name and comes in the form of tablets, creams, patches, gels, vaginal pessaries and pellets implanted under the skin. These hormones are derived from plants or animals and manipulated in a laboratory to give them characteristics such as making them more soluble, says Tertius Uebel, a pharmacist at a compounding (specialist) pharmacy in Cape Town. This causes the molecular structure to differ from the hormones produced by the human body. “It’s done to make it easier to use,” Uebel explains. The production methods of these products are patented and they’re regulated and monitored by the SA Health Products Regulatory Authority (SAHPRA) to ensure they’re safe and effective. Traditional progesterone and oestrogen combined therapy products will cost about R200 a month, depending on the brand.

These hormones are extracted from plants (such as a type of wild sweet potato and soy beans) and have an identical chemical and molecular structure to hormones produced by the body. This means it’s metabolised in the same way as the hormone the body produces. Bio-identical hormones are legal but aren’t registered with SAPHRA and aren’t sold under a brand name. They’re imported in powder form by compounding pharmacies and then prepared as a cream, gel or small pellet to be implanted under the skin according to individual prescriptions, Uebel explains.

The individual’s symptoms, age, genetic makeup and lifestyle determine what’s appropriate, says Fourie, who’s strongly in favour of individualised bio-identical therapy. The amount of each hormone and the combination can be tailored to the individual. “Blood tests make it easy to show patients how well these substances work,” he says. A basic bio-identical hormone therapy combining oestrogen, progesterone and testosterone will cost about R300 a month. Individuals can buy bio-identical hormones at a compounding pharmacy, but they’ll need a doctor’s prescription. 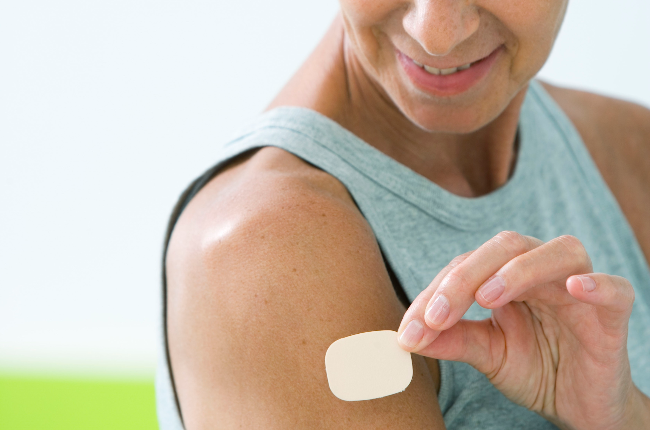 Professor Alan Alperstein, a gynaecologist from Cape Town and former president of Sams, is wary of bio-identical hormone therapy as it isn’t registered with SAPHRA. “You can never be 100% sure how pure these products are. There’s also no evidence that they’re more effective than registered hormone products.” Zinn also has concerns about bio-identical hormone products not being regulated and the consequent “uncertainty about its composition and effects”.

He says practitioners who prescribe it don’t follow the protocols of hormone therapy as developed through research by internationally recognised bodies. “It’s better to know exactly what you’re getting and what you can expect from every prescription you get.” Fourie believes the benefit of bioidentical hormones is that they target specific hormone deficiencies in the exact amounts the individual needs, whereas conventional hormone therapy products come in standardised amounts.

The reason there are so many different conventional hormone therapy products on the market, he says, is because a single product doesn’t work for everyone. “I adjust the therapy to treat a woman’s specific problem. For example, if she’s gained weight, she’ll need a specific combination. If she’s depressed or getting hot flushes, she’ll need a different combination,” he says.

HOW LONG SHOULD YOU BE ON HORMONE THERAPY?

The SA Menopause Society’s guideline is to use hormone therapy as long as you need it, Rudolph says. “If you use it for hot flushes, you can stop when the hot flushes stop. If you’re using it to support bone density, you must keep using it.” Fourie says you can use bio-identical hormone therapy for the rest of your life.

WHO SHOULDN’T USE MHT?

WHY ARE WOMEN SOMETIMES WARY OF HORMONE THERAPY?

There’s a lot of misinformation associated with MHT, Zinn says. “It’s important that women consult doctors who are informed about the latest developments in the field,” he says. Dr Peter Roos believes a 2002 study, released by the Women’s Health Initiative, which emphasised the risk of heart disease and cancer, played a key role in negative perceptions.

“The results of the study were released to the media before the medical profession had seen it. Since then, there have been significant revisions that found the ‘bad news’ mainly applies to women over 60 who start hormone therapy unnecessarily.” There are also bloggers who spread misinformation, he adds.

“There are women who want to take the natural route and not use any kind of hormone therapy and that’s perfectly fine, especially if they lead generally healthy lifestyles. But it’s not ‘natural’ to spend all your time on the couch, eating junk food, gaining weight and not exercising. “The one good thing that did come out of the article is that we’ve realised MHT shouldn’t be considered a cure-all. Regardless of its benefits, general good health is equally important.”

Menopause facts
We live in a world where facts and fiction get blurred
In times of uncertainty you need journalism you can trust. For 14 free days, you can have access to a world of in-depth analyses, investigative journalism, top opinions and a range of features. Journalism strengthens democracy. Invest in the future today. Thereafter you will be billed R75 per month. You can cancel anytime and if you cancel within 14 days you won't be billed.
Subscribe to News24
Related Links
Tips for surviving menopause
Face facts: why a skin mask could be vital to your beauty regime
Drink to your health! Here’s how to maintain your water intake
Next on You
Your urine is a powerful indicator of your health – here’s what to look for