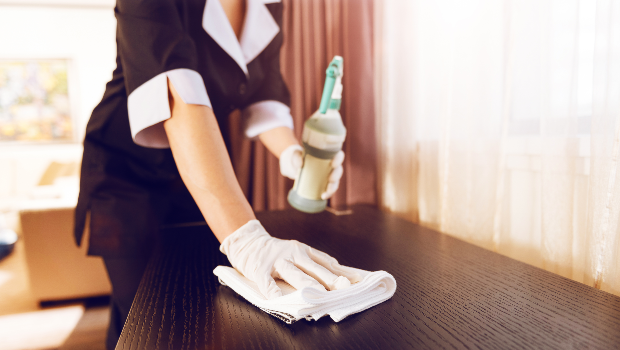 They’re the heart of many households, keeping the wheels turning as they cook, clean and take care of kids. Many people would readily admit they’d be lost without their domestic helpers.

Yet a shocking new report shows that despite their hard work and loyalty many of them are shamelessly exploited.

Long hours, weekend work, low pay and bosses who are willing to flout labour laws – it seems that’s the norm for the one million or so people employed in South African homes.

It’s painful to imagine someone being paid just R110 for eight hours of backbreaking work.

Yet this is what many of the respondents surveyed by domestic service company SweepSouth receive.

For its annual report on pay and working conditions the cleaning outfit interviewed 1 300 domestic helpers and found an alarming 43% were being paid only between R1 100 and R3 000 a month.

This is much lower than the rate of R275 to R300 a day that the South African Domestic Service and Allied Workers Union (Sadsawu) recommends.

But pay isn’t the only issue. An alarming 85% revealed they weren’t given paid leave while 62% said they weren’t registered with the Unemployment Insurance Fund (UIF), and 61% reported they had no work contracts.

SweepSouth CEO Aisha Pandor believes the survey results are a reflection of what’s going on in many households.

“On one hand we’ve seen the government doing a lot in this regard, setting out legislation to professionalise this industry, but the level of adherence from employers is concerning.” Pandor says it’s time employers wise up to their legal obligations.

“These requirements are in place to ensure workers receive what is due to them,” she says.

Legislation sets out a number of rules to ensure fair treatment of domestic helpers.

These include drawing up employment contracts, issuing payslips, providing leave, limiting overtime, what benefits should be given and the like.

Examples of contracts and payslips can be downloaded from the department of labour’s website (labour.gov.za).

What should you pay?

South Africa’s minimum wage is determined by the number of hours worked in a week and where you live.

Sadsawu general secretary Myrtle Witbooi says a fair salary for an eight-hour day would be between R275 and R300, including transport.

“We need to take into consideration the money that our domestic helpers pay to even get to work – sometimes it can be up to R60 a day,” she says.

The law stipulates that employees should receive a payslip showing full remuneration and deductions.

This should be no more than:

Domestic helpers are entitled to a one-hour lunch break after five hours of work. An agreement may be made to shorten the break but to no less than 30 minutes.

If employees have worked overtime they’re entitled to a second break which may be no less than 15 minutes and they should be remunerated if this isn’t taken.

Workers employed for six months or less are due a notice period of at least a week. Those employed longer require a fourweek or one-month notice period.

If you retrench an employee due to a change in your financial or family situation and you can’t find them alternative employment, you have to pay severance pay – one week’s pay for every 12 months of continuous service.

According to SweepSouth’s survey, 79% of domestic helpers are breadwinners but in the current economic climate they’re feeling the pinch because their employers can’t or won’t pay them what they deserve.

Many workers put up with being exploited because they can’t afford to lose their jobs. Statistics South Africa’s quarterly labour force survey shows that last year about 15 000 domestic helpers lost their jobs.

However, 45 000 new domestic helpers were added to the economy in the last quarter of 2018. “The massive fluctuation shows the economic insecurity that workers in this sector live with,” Pandor says