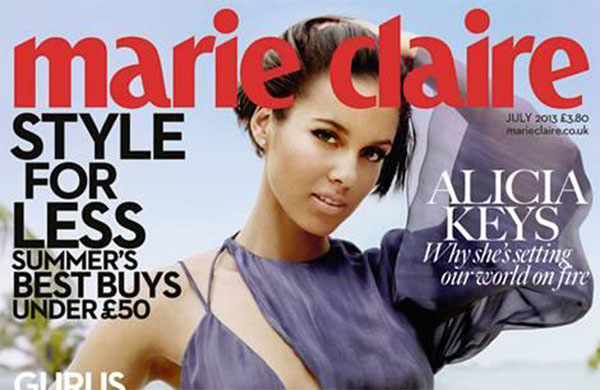 Alicia Keys "didn't really like" her husband, Swizz Beatz, when she first met him.

The 33-year-old singer used to find the rapper ? who she’s now been married to for three years ? "annoying" because he was always showing off by speeding around in his top-of-the range car and wearing chunky jewellery.

Speaking in an interview with Marie Claire magazine, she said, "Swizz will have the fastest car, the biggest jewellery, the loudest jacket; everything with him is really over the top. I used to see him and think, 'He is so annoying.' "

Alicia ? who first met Swizz when she was a teenager, after they were introduced through a mutual friend ? claims the 34-year-old hip-hop artist was the inspiration behind her That's When I Knew track ? which is from her fifth studio album, Girl On Fire ? because the lyrics describe how "all of a sudden" she fell in love with him.

Alicia ? who has a two-year-old son, Egypt, with Swizz ? explained, "That's When I Knew is definitely an ode to my husband . . . Honestly, I didn't really like him that much. I thought he was too ostentatious."

Alicia believes she and her husband have a great relationship because they have been able to teach each other new things and grow together.

Review: The Element of Freedom