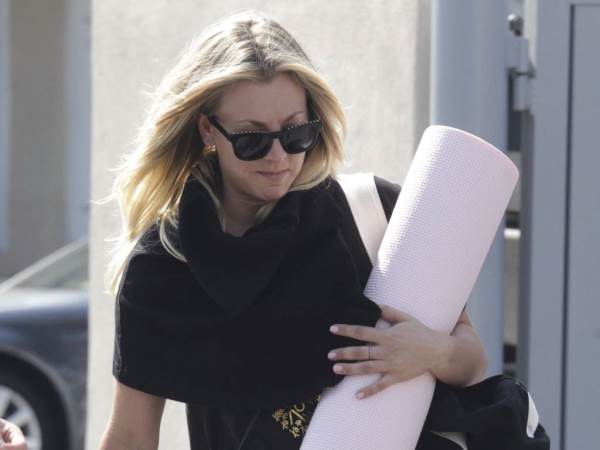 The 30-year-old actress marked the Independence Day holiday by posting a seemingly-innocent picture of her three pets posing in bananas adorned with stars and stripes on her Instagram page. But The Big Bang Theory star Kaley found herself bombarded with criticism after posting the snap, with many accusing her of being disrespectful. One user scolded the actress in the comments section beside the image, writing, "Showing disrespect for the flag, it should never touch the ground, or let your pet stand on it!", while another posted, "Shame on you, Kaley. You lost a fan."

Kaley quickly deleted the image, and later took to her Instagram page once again to set the record straight. "I would like to comment on a photo I posted yesterday, that has caused lots of controversy. First off, please know, I have the utmost respect for my country," she wrote. "I am a proud American in every sense of the word. I understand the American flag stands for our freedom and represents American heroes, past and present." Kaley posted her lengthy apology alongside a picture of the American flag's stars and stripes in a heart shape. She added that she understands everything the flag represents, and admitted that being a celebrity can amplify even the smallest mistake.

"Yesterday I made a mistake by posting the picture that was taken of my sweet dogs posing on an American flag," she continued. "I sincerely apologise to anyone that has been offended by my previous post. This in no way reflects my feelings toward what the American flag represents.

"Living in the public eye, can be extremely difficult at times. Every mistake and every imperfection is amplified. I am not perfect. I am a proud American, today, tomorrow, always."