#460465069 / gettyimages.com
Ashton Kutcher has shared the first picture of his baby with Mila Kunis.

The couple welcomed their little girl into the world this week at Los Angeles’ Cedars-Sinai hospital, according to TMZ.

And Ashton teased a photo of the infant on his website Thursday in an unusual fashion, asking visitors to guess which of eight pictures was the correct one. 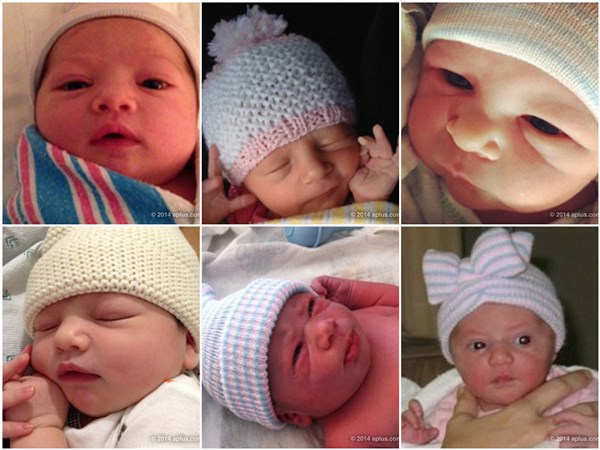 Ashton shared pics of all these babies (and a dog and a llama) on his website. PHOTO: aplus.com

"Mila and I would like to welcome Wyatt Isabelle Kutcher to the world," Ashton wrote. "May your life be filled with wonder, love, laughter, health, happiness, curiosity, and privacy.

"Can you guess which one is ours, or does it really matter? All babies are cute."

Helping viewers to narrow it down with a little humour, he included in the line-up a llama and dog.

Baby Wyatt was welcomed to the world more than a year after Mila, 31, and Ashton, 36, began dating.

The actor also called out the media on Facebook for making such a spectacle of the birth.

“Here's your baby photo," he wrote, linking to his web post. "Well, one of them is. Now can the helicopter please stop hovering over our house, there is a baby sleeping inside! And she's super cute."

Mila and Ashton met on the set of That '70s Show in 1998 but their friendship didn't develop into romance until 2012.

They became engaged in February of this year.