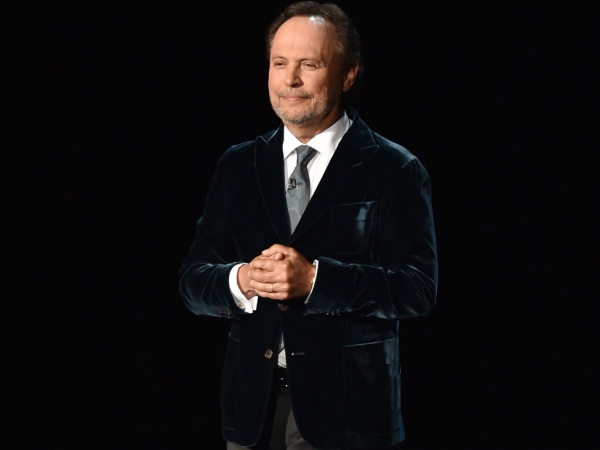 Billy Crystal paid an emotional tribute to Robin Williams at Monday night's Emmy Awards. Comedian Robin passed away at the age of 63 earlier this month, with his death an apparent suicide. Billy was good friends with Robin and took to the stage at the Nokia Theatre in Los Angeles to honour the star, with an image of the late actor serving as the backdrop.

"He made us laugh. Hard. Every time you saw him - on television, movies, nightclubs, arenas, hospitals, homeless shelters for our troops overseas. And even in a dying girl's living room for her last wish, he made us laugh. Big time," he said.

"I spent many happy hours with Robin on stage. The brilliance was astounding. The relentless energy was kind of thrilling. I used to think if I could just put a saddle on him and stay on him for eight seconds I was going to do OK ... He could be funny anywhere. We were such close friends."

Billy called the late star a "genius on stage", adding he was the kind of friend everyone needs in their life. Explaining he was "supportive, protective, loving", Billy admitted struggling to accept Robin is no longer with us.

"It is very hard to talk about him in the past because he was so present in all of our lives. For almost 40 years he was the brightest star in the comedy galaxy," he said.

Billy suggested Robin's spirit will never really die because he has brought so much joy to so many people.

He also reminisced about some of the fun they had together, including revealing that comic Robin once pretended to be a Russian baseball player. Clips of Robin were then played, including one which featured his son Zak and featured a swear word as the punchline.

The segment was part of the annual awards show's 'in memoriam' segment, which pays tributes to stars who have passed away over the last 12 months.