Blogging from Brazil: A South African’s point of view For a long time I’ve wanted to find a way of telling people about this strange country we’re living in. Now I have the chance and I think I want to start with the city in which we’ve settled, São Paulo.

Although it’s not a capital city I feel it’s the nucleus of the country because it’s what I had to master first when we arrived. It’s not only the largest city in Brazil but also the largest in the southern hemisphere. Population-wise it’s the eighth-largest city in the world, with nearly 20 million people in “'greater São Paulo”. That’s almost half South Africa’s population in one city! Everyone lives in blocks of flats. It’s unreal to see the city from an aircraft or the rooftop of one of the buildings. The city centres I’m used to such as Pretoria’s or Johannesburg’s, with their collections of skyscrapers surrounded by houses, don’t exist.

There are skyscrapers as far as the eye can see. Blocks and blocks and blocks, 15, 20 and even 30 storeys high. It’s a concrete Amazon. On the first day at my new job – I worked for a health magazine in the suburb of Pinheiros ? I got dizzy in the editor’s office. She has a glass-walled office on the 16th floor, with a view stretching far beyond Pinheiros ? of kilometres and kilometres of blocks of flats and office buildings. I had to grab on to a chair to avoid falling over. One day, after I’d been there a few months, a vulture perched on the window sill. Everyone rushed over with their cellphones to take photographs of the solitary bird, which watched us with its black, beady eyes. It sat there for a long time before spreading its wings and catching an air current. I watched him getting smaller and thought: that’s how I felt when I arrived here. My heart longed for South Africa and I thought my soul didn’t belong here between the tall buildings, milling people at the railway stations and the strange language.

Today it’s different – I’ve found friends, delicious food, strange fashions and exotic fruit. But those are stories for another time.

* Dalena previously worked for YOU. In 2012, her husband, Thomas, was transferred to Brazil. 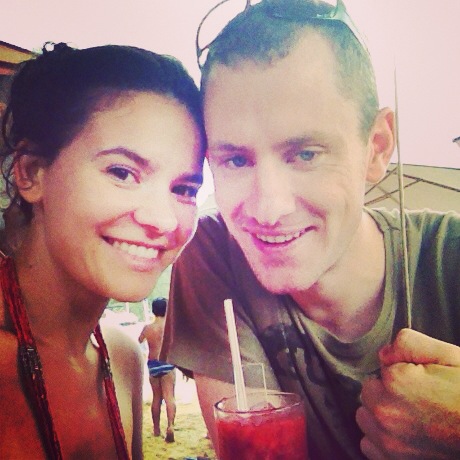