Brad reveals split from Angie "was like a death" 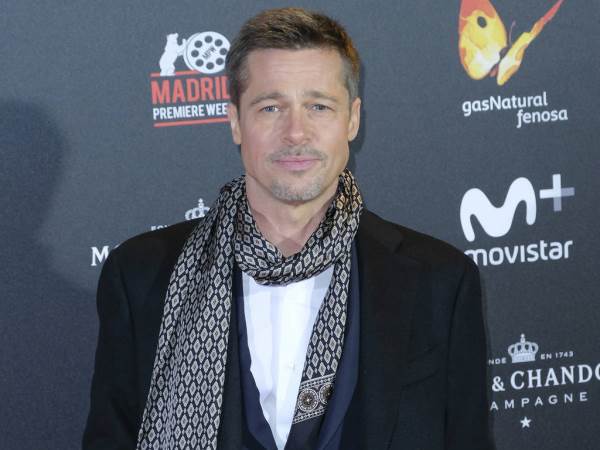 Eight months after Angelina Jolie dropped her divorce bombshell on a shell-shocked Brad Pitt, the actor is opening up for the first time about that tragic time.

In an exclusive interview with GQ Style, he says the split from the Maleficent actress, who he started dating in 2005, "felt like a death".

When asked if he had a substance problem, the 55-year-old admitted he'd been "boozing too much" and smoked too much dagga.

"I mean, we have a winery [in the south of France]. I enjoy wine very, very much, but I just ran it to the ground. I had to step away for a minute. And truthfully I could drink a Russian under the table with his own vodka. I was a professional. I was good.

"But me, personally, I can’t remember a day since I got out of college when I wasn’t boozing or had a spliff, or something. I’m really, really happy to be done with all of that. I mean, I stopped everything except boozing when I started my family. But even this last year, you know – things I wasn’t dealing with. I was boozing too much."

He says he's now off the booze completely, replacing it with cranberry juice and fizzy wateR and is undergoing therapy.

Angelina's announcement in September 2016 that she was filing for divorce,sent shockwaves throughout the world. After all, they were a couple who seemingly had it all - money, kids, successful careers. But Brad's addictions clearly became a problem.

"I hit the lottery and I still would waste my time on those hollow pursuits," he admits.

Their divorce became messy after Brad was investigated by US child services for reportedly getting into a physical argument with 15-year-old son Maddox during a flight, shortly before news of the split broke.

However the actor has since been cleared of any wrong doing and in January, he and Angie agreed to abandon the path of "vitriolic hatred" and work together to sort out their issues. Part of this includes now dealing with their divorce through a private judge.

The star admits the split has been a “huge generator for change”. He's embarked on a clean lifestyle and is finding solace with working with his hands. “I’m making everything. I’m working with clay, plaster, rebar, wood.”

As for the movie business, he says it doesn't work for him anymore.

“I don’t really think of myself much as an actor anymore. It takes up so little of my year and my focus. Film feels like a cheap pass for me, as a way to get at those hard feelings. It doesn’t work anymore, especially being a dad.”