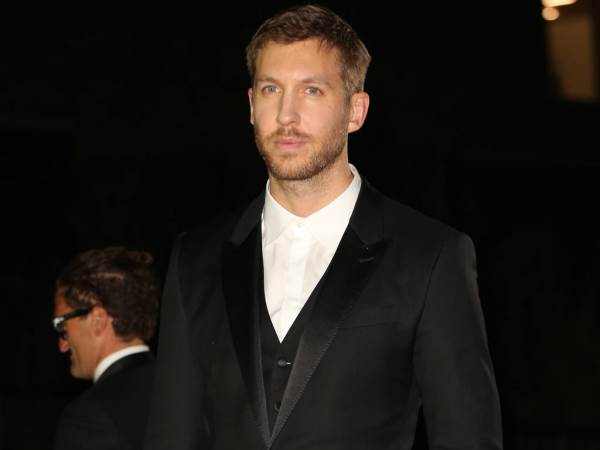 The Scottish DJ and Swift year-long romance crumbled earlier this year, and they parted ways in June, 2016. The producer tried to keep a low profile after the split, but he admits the heartbreak was made 10 times worse by the global press coverage. "It's very difficult when something I consider so personal plays out very publicly," he tells British GQ. "The aftermath of the relationship was way more heavily publicised than the relationship itself."

Calvin Harris talks Taylor Swift: “I was protecting my one talent from being belittled” https://t.co/YMpuLzJfw2 pic.twitter.com/baW4MvAqIR — British GQ (@BritishGQ) September 7, 2016

Read more: Calvin Harris’ new song sounds like it’s about cheating – but it ‘isn’t about Taylor’ And Calvin insists the stars tried their best to keep their romance as normal as possible: "When we were together, we were very careful for it not to be a media circus. She respected my feelings in that sense." The GQ interview marks the first time Calvin has directly addressed his split from Swift, which turned nasty over the summer (16), after she rebounded with British actor Tom Hiddleston and then revealed she was the brains behind the DJ's latest Rihanna collaboration, This Is What You Came For.

The Shake It Off singer had initially been credited under her pseudonym, Nils Sjoberg, but the truth was revealed after reports suggested a dispute over the the song had led to the end of Taylor and Calvin's romance. Read more: Calvin Harris has epic Twitter rant about Taylor, basically confirms Katy Perry feud He subsequently took to Twitter to clear up the claims, acknowledging Taylor's involvement, while also taking aim at her publicists for trying to make him "look bad" for keeping her contributions under wraps - a decision he insisted the singer had made herself.

"It was completely the wrong instinct," he confesses. "I was protecting what I see as my one talent in the world being belittled. It felt like things were piling on top of me, and that was when I snapped. I'm not good at being a celebrity, but when it ended, all hell broke loose. Now I see that Twitter thing as a result of me succumbing to pressure. It took me a minute to realise that none of that matters. I'm a positive guy."

Calvin appears to have since moved on from the Taylor drama after he was photographed walking arm-in-arm with Mexican actress/singer Eiza Gonzalez in Los Angeles on Saturday night.

The news of his rumoured new romance emerged a day before his ex hit headlines again, amid reports suggesting her three-month relationship with Hiddleston is already over.