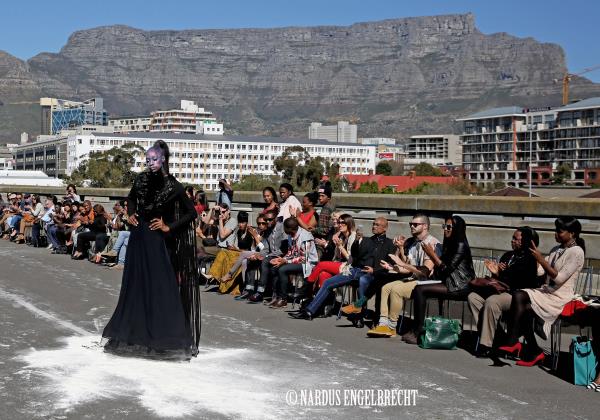 A model in a creation from the Spring/Summer 2013/14 collection by designer Adriaan Kuiters. 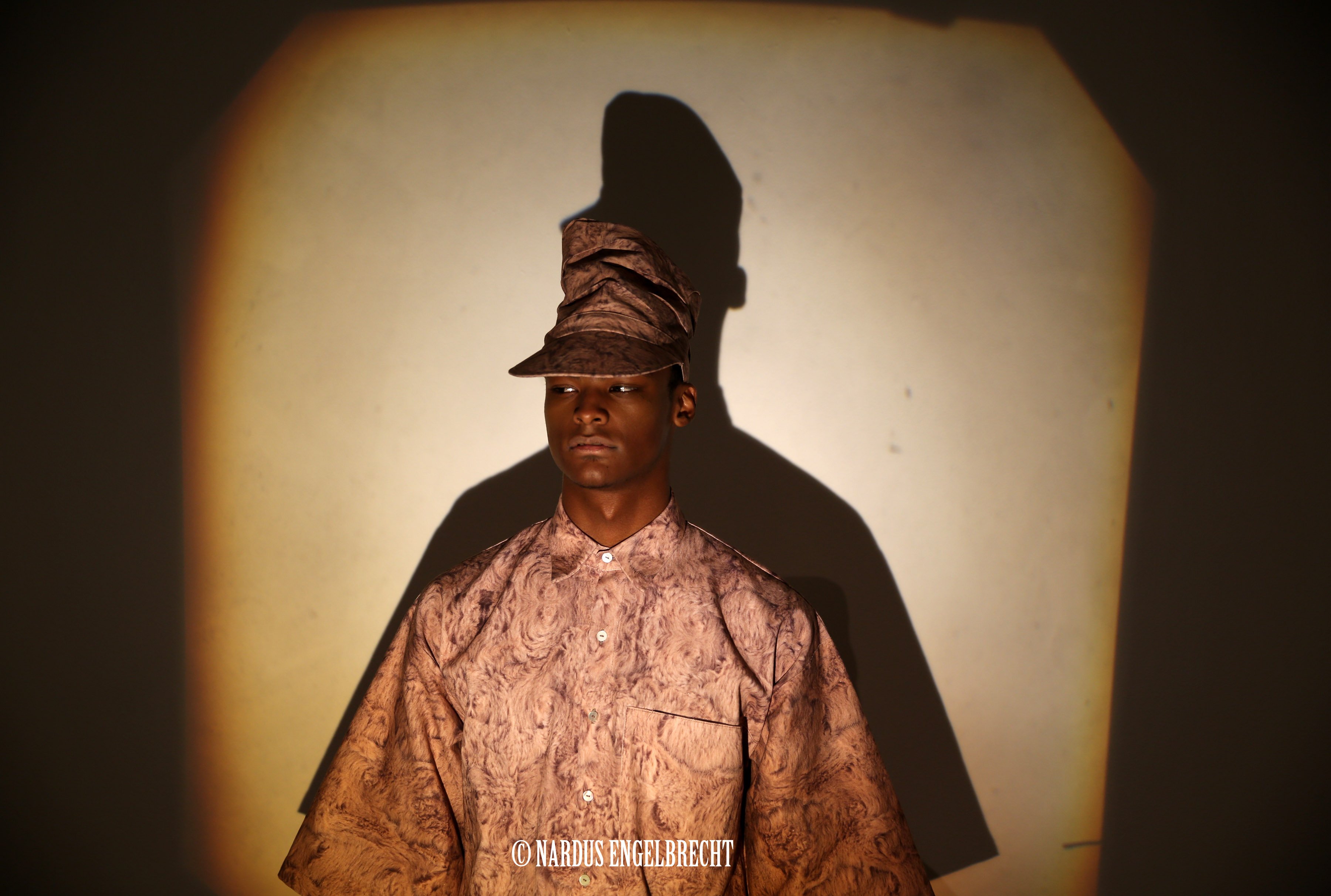 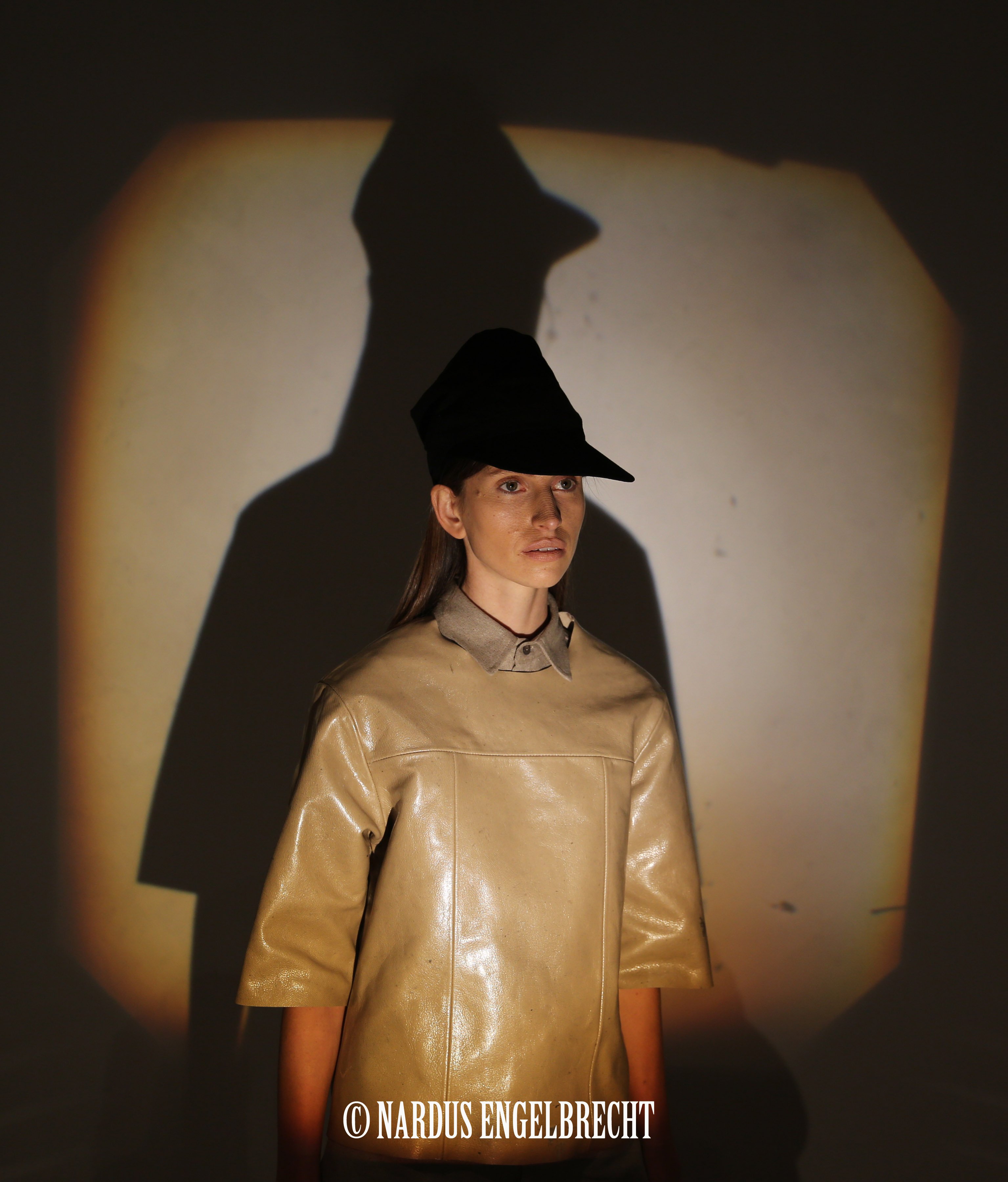 Models in creations by designer Adriaan Kuiters get ready backstage. Designer David Tlale checks on the models in a backstage area ahead of his outdoor show. 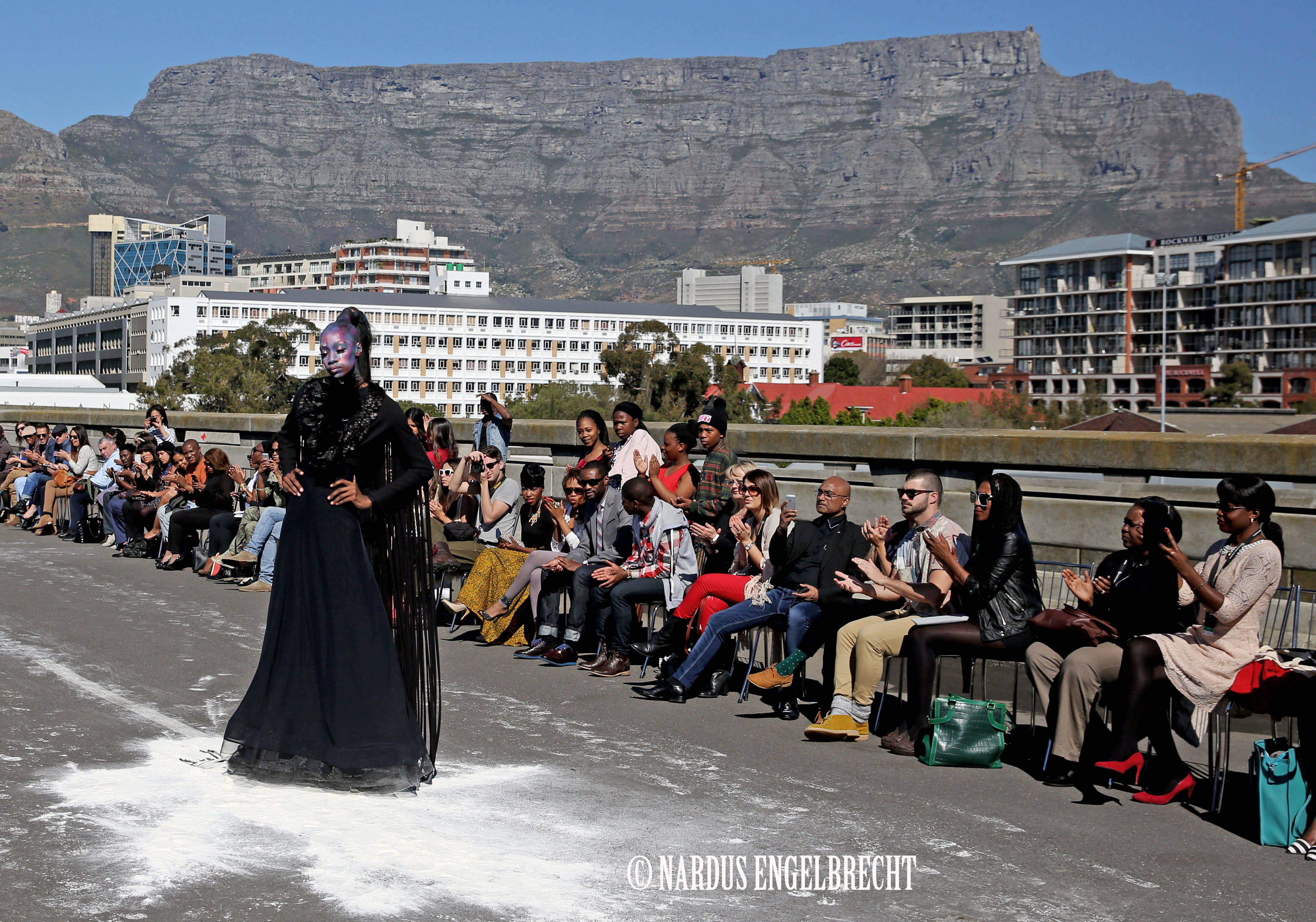 A model in a David Tlale creation with Table Mountain as a backdrop. 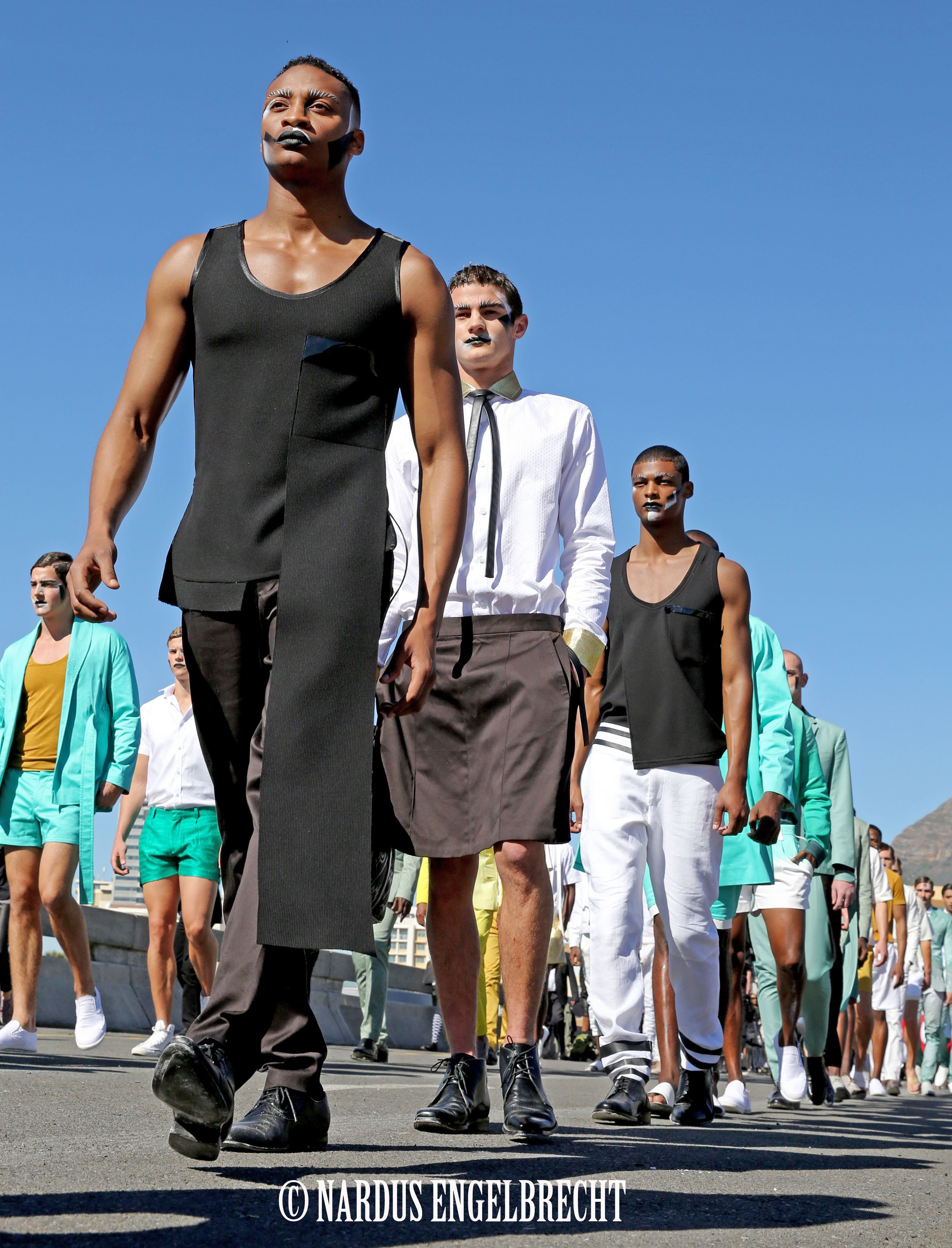 Male models work down the street runway in creations by designer David Tlale. 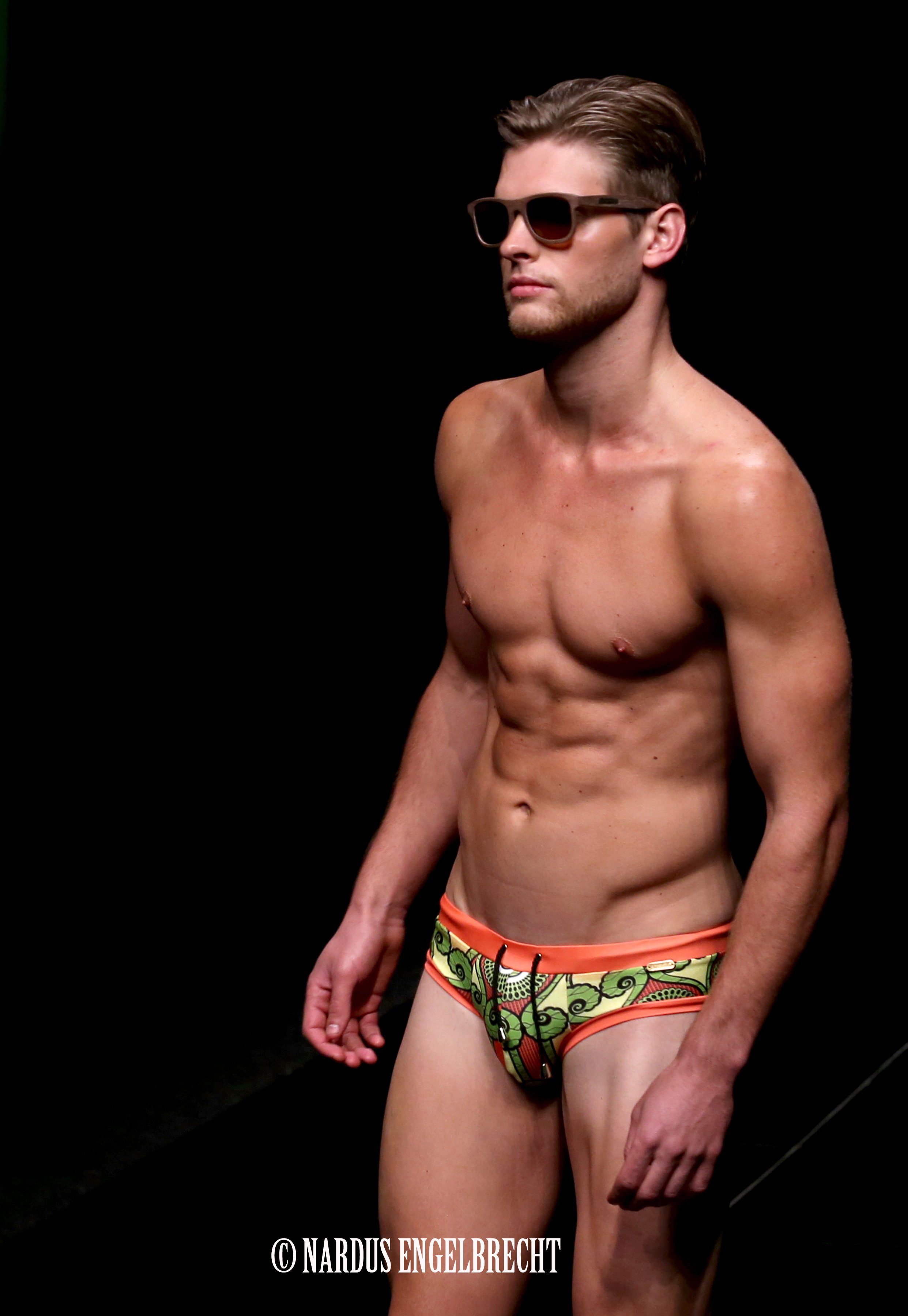 Models in swimwear by Dax Martin. Models in Ernest Mahomane designs wait backstage before the start of fashion show. 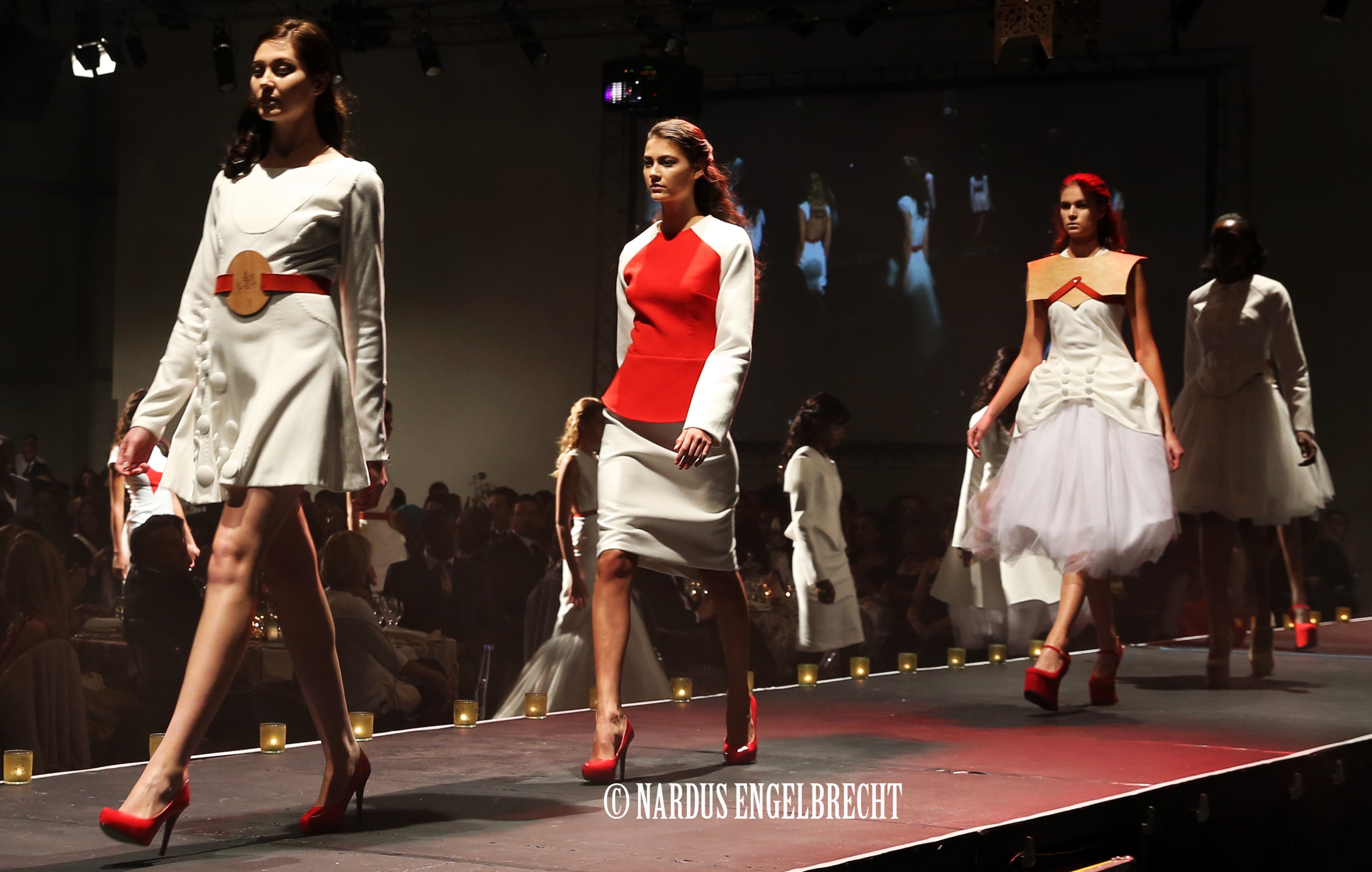 Models in creations by Ernest Mahomane strut on the catwalk. 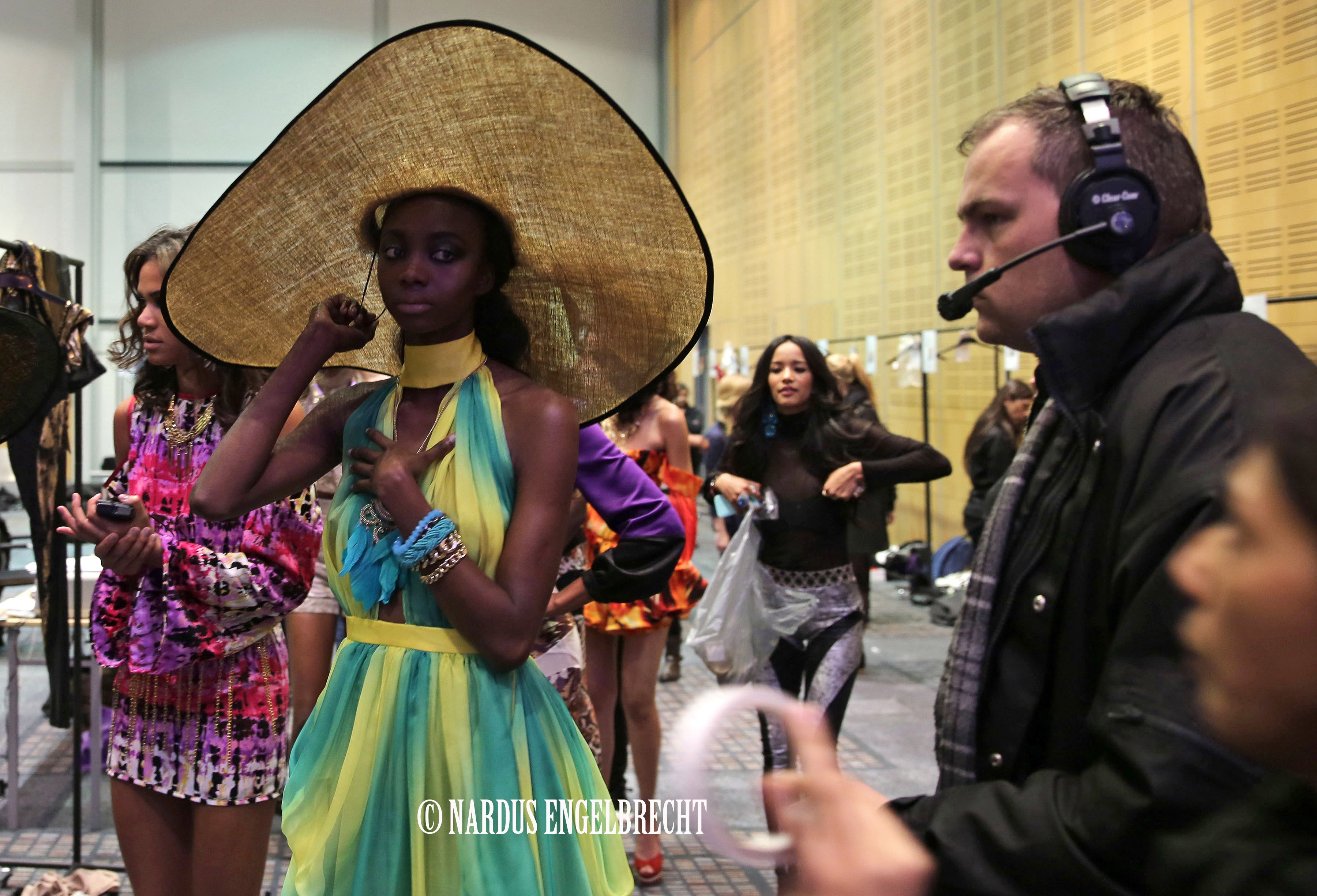 Models get ready for the MilQ and Honey show. Final adjustments are made to a model’s shoe before the start of MilQ and Honey show. 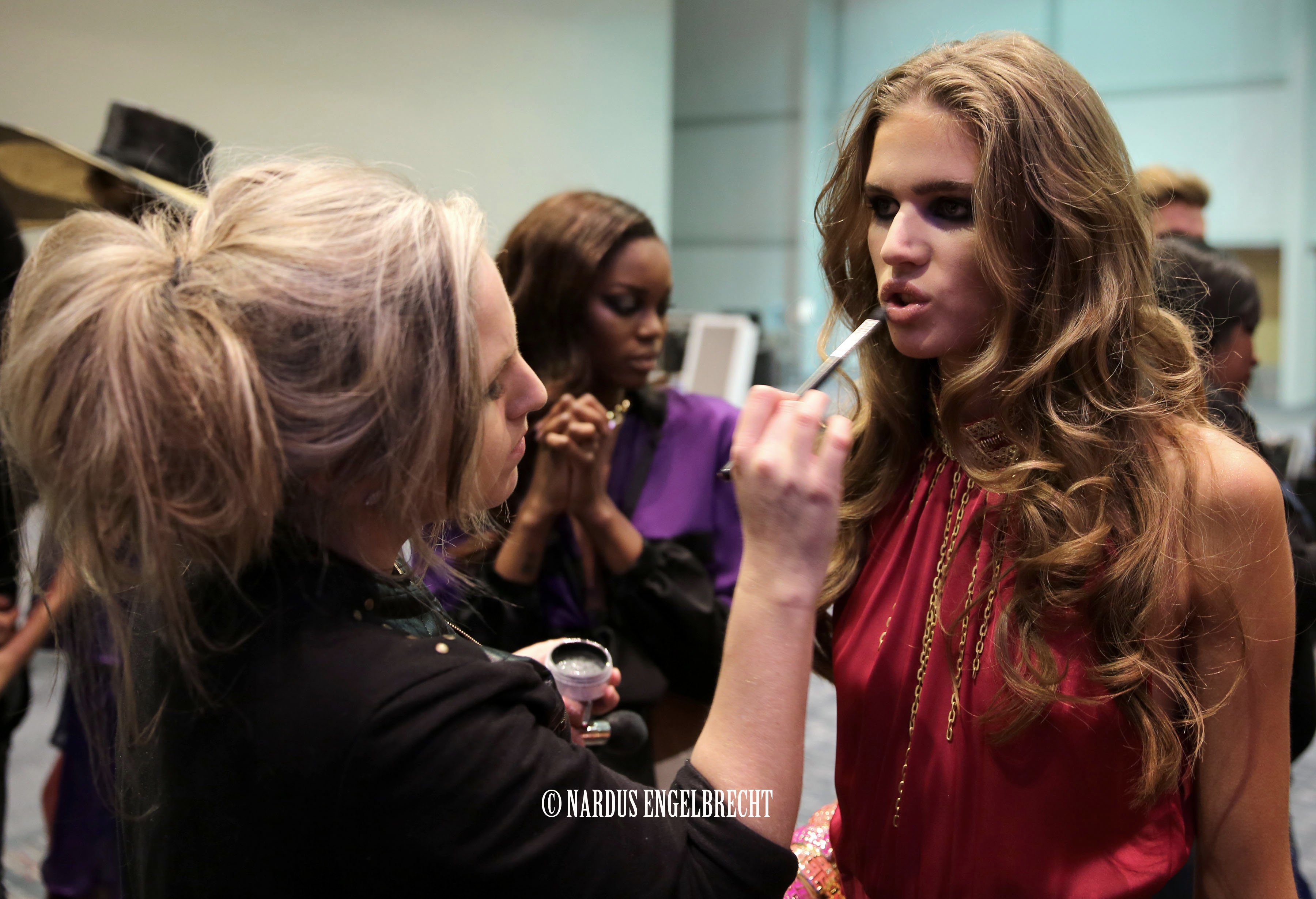 A model in a MilQ and Honey design gets a last-minute make-up touch-up. Models in Stefania Morland creations strut down the catwalk. A model has her make-up done backstage before the Stefania Morland show. A Stefania Morland showstopper to end her show.