Daniel Radcliffe can spot a fake 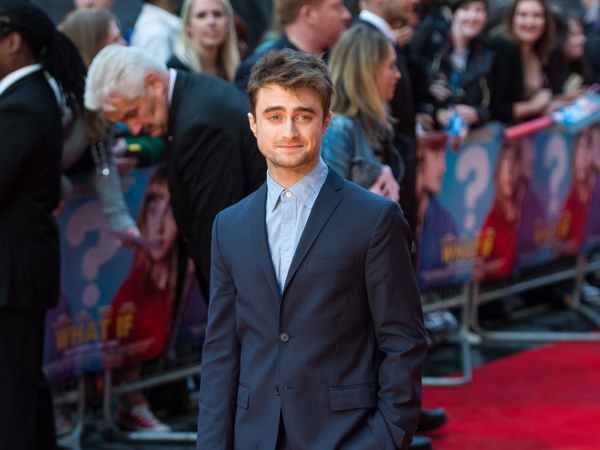 Daniel Radcliffe can "call out" any disingenuous people. The British actor grew up the star of the Harry Potter franchise, but has gone on to appear in films such as the upcoming drama Horns and rom-com What If. His past as the boy wizard means people still approach him about the iconic role, but the 24-year-old knows how to handle himself.

'I am polite, but I also don't take sh*t. I've been brought up to stand up for myself. If someone is being a d**k, then it's easy for me to call that out'

"I am polite, but I also don't take sh*t. I've been brought up to stand up for myself. If someone is being a d**k, then it's easy for me to call that out," he clarified to the latest edition of British Marie Claire magazine.

"Occasionally you get people who are drunk and feeling a bit brave so they say something, but I don't think I've ever been lost for words when someone's come up to me."

He recalled a particularly bizarre moment when he was out and a guy in a "Willy Wonka-style coat" pretended to know him to chat up women. He even affected an English accent to appear authentic.

"He shouts, 'Hey, Mr Radcliffe, please say hello to this beautiful lady!' and introduces me to this attractive woman who is inexplicably with him," he recalled.

"Thirty seconds later he does the same thing with a different girl and I realised he was pretending to know me and bringing over women as a way of introducing them to him. I was like, 'B****r off, mate.'"

Daniel is currently promoting Horns, a dark horror about a man who wakes with horns sprouting from his head after the mysterious death of his girlfriend. While some actors would lap up the attention, Daniel feels guilty.

"When you promote a film you just f**king invade everyone's lives in a myriad of ways," he said apologetically.

"So when I'm not working on a film, I try to keep my head down and not be too ubiquitous. Having been in people's lives for 15 years already, there is a danger of that. I would understand if you were all sick of me."