Debbie’s days of drug and booze 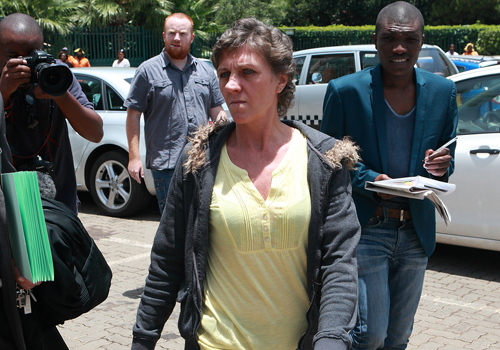 The news came as a shock. Debbie Calitz, survivor of the Somali pirates kidnapping, has been arrested on drug charges. Dagga and magic mushrooms were allegedly found growing in her flat and drug paraphernalia was found in a haul worth thousands of rands.

The headlines were greeted with a sense of disbelief – this on top of all the other drama that has surrounded Debbie since her and Bruno Pelizzari’s release earlier this year. Their foundering relationship. His departure for Tanzania to work on his yacht, leaving her living with her brother in Pretoria.

And then one of Bruno’s sisters, Nora Wright, saying Bruno and Debbie were making what the family felt were unreasonable demands on the money she and her sisters had worked tirelessly to raise in the hope of freeing the couple from the pirates.

The tide of goodwill towards Debbie and Bruno after their release from their pirate hell turned as scandal and in-fighting prevailed. Now this.

If members of the public were surprised by Debbie’s arrest, those who know her weren’t – and many have damning things to say about the 50-year-old who by her own admission smoked dagga as a teenager.

Read more of Sulaiman Philip and Asa Sokopo’s article in YOU 20 December 2012.