EFF members hand themselves to police 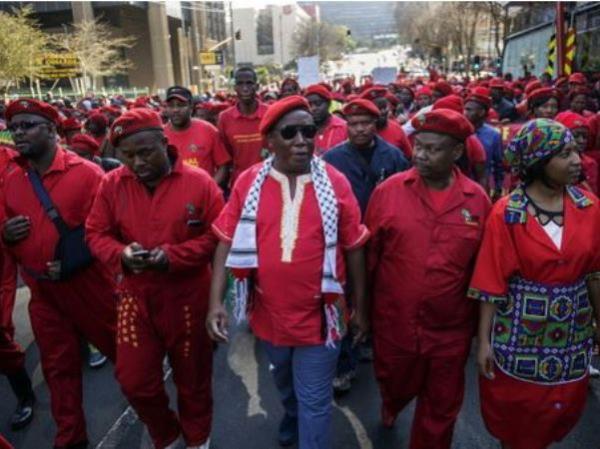 Four EFF members have handed themselves to police after six houses, some belonging to Nala municipality councillors, were burnt down, Free State police said on Tuesday.

"They are EFF members. They were wearing the T-shirts of their organisation when they handed themselves over yesterday [Monday] to Bothaville police," Captain Stephen Thakeng said.

Economic Freedom Fighters' spokesman Mbuyiseni Ndlozi could not immediately be reached to verify if the four were party members.

They were charged with public violence, arson, attempted murder, and malicious damage to property, and would appear in the Bothaville Magistrate's Court on Tuesday.

On Friday, six houses were torched in the township of Kgotsong, four of them belonging to councillors. A library was also set alight.

Their case was postponed to October 13 for a bail application.