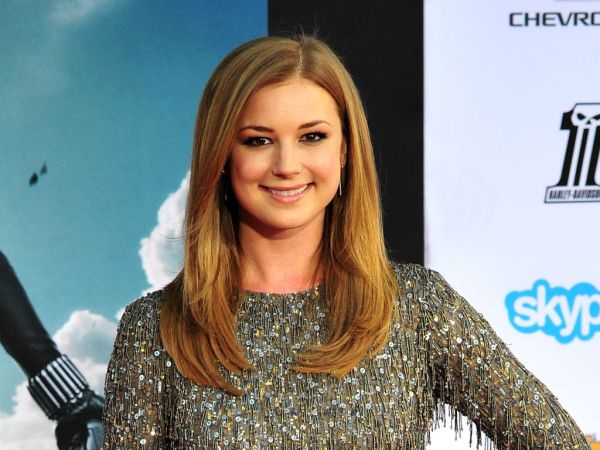 The Revenge star recently welcomed a couple of new children into her life when two of her three sisters gave birth. It appears the little ones have brought thoughts of having kids of her own to the 28-year-old’s mind.

"You just want to jump on the bandwagon," Emily said on the Meredith Vieira Show via E! News. "Absolutely, especially when your sisters are having babies." Emily stars in the ABC drama Revenge alongside real-life boyfriend Josh Bowman. The pair has been romantically linked since 2011 and is filming their fourth season of the show. “I’m really busy and I feel like I kind of want to be the kind of mom I want to be," Emily continued on the Meredith Vieira Show via E! News. "With this schedule and playing this very tortured but exciting [character], I'll let that happen and I'll see where I'm at."

But while the actress is committed to her career at the moment she previously admitted she finds herself “dreaming” about children “all the time” in an interview with Elle Canada.

The Brothers & Sisters actress added children never seemed “tangible” before her sister had a baby.

“Suddenly, it's like that part of my life is real,” she said in her interview with Elle Canada.

Emily has also appeared in Captain America: The Winter Soldier, which was released in 2014, as well as the television show Everwood. The fourth season of Revenge premiered on September 28.