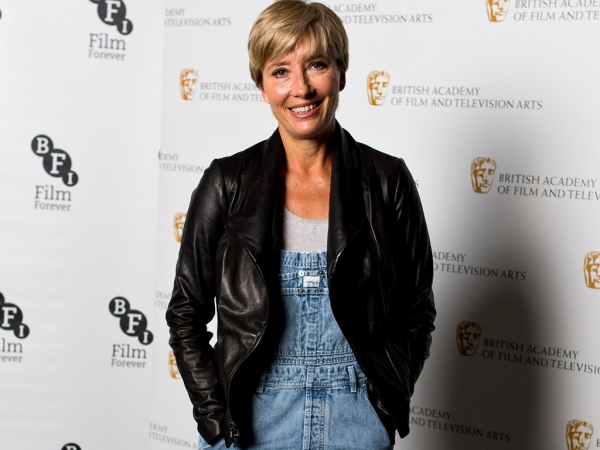 The actress wed Greg Wise in 2003 and they raise a daughter and an adopted son together. Their union is still going strong, which has prompted Emma to think about the key to a successful relationship. "You're allowed to be married for ten years and then, after that, you're forced to take a break for a year," she considered in an interview with German magazine Myway. "After that year, you're allowed to get back together and live together again. Maybe that would be the recipe for a happy marriage?!"

‘You're allowed to be married for ten years and then, after that, you're forced to take a break for a year’

The 55-year-old was married once before, to Sir Kenneth Branagh. They split in 1995, six years after they tied the knot.

"When you fall in love as a young person, you feel invincible," she smiled. "But as you get older and think more about your mortality, love is given a new meaning."

Alongside their careers, Emma and actor-and-producer Greg have raised daughter Gaia and informally adopted son Tindyebwa.

"Raising kids is hard. I want my daughter to enjoy her freedom, but I also want to give her some guidelines. Finding that balance is the hardest thing ever," she admitted.

The Saving Mr. Banks star is known for her outspoken nature and fun-loving attitude. Therefore it's no wonder she doesn't buy into the Hollywood trend for getting dolled up on the red carpet.

"It makes me feel like a Christmas tree in August," she laughed.