Emma Watson: 'My breasts have nothing to do with my feminist views' 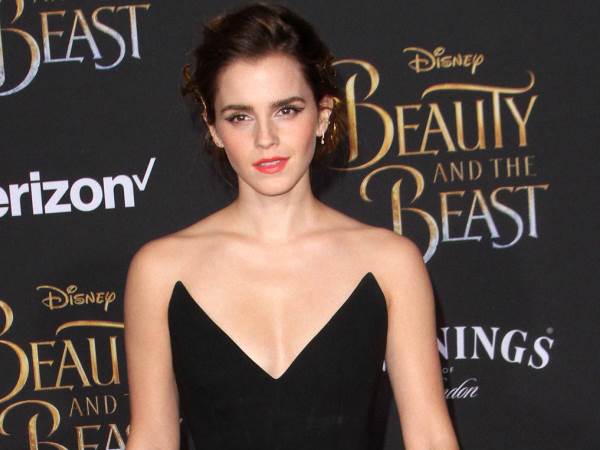 Maturing from Hermione to Belle in @beautyandthebeast is a true coming-of-age story for @EmmaWatson: "I couldn't care less if I won an Oscar or not if the movie didn’t say something that I felt was important for people to hear." Read the full cover story at the link in bio. Photograph by Tim Walker.

The Harry Potter star has carved out a secondary career for herself as a leading voice in the women's right movement, which has seen her launch the HeForShe campaign with United Nations Women officials to promote gender equality, among other things.

However, her fans were less than impressed when Emma recently chose to show off some skin in a crochet top by Burberry, just about covering her nipples, as part of a photoshoot for Vanity Fair, with many claiming stripping off undermined the fight for equality. Emma has now responded to the social media uproar, insisting she doesn't see why the pictures have caused a firestorm. "Feminism is about giving women choice," she tells BBC.com. "Feminism is not a stick with which to beat other women with. It's about freedom, it's about liberation. It's about equality.

Ready for anything after @SheFighter training with Lina Khalifeh. She opened the first self defence studio for women in the Middle East. I’ll be chatting with her and 8 other activists about challenging gender stereotypes at @OneYoungWorld Ottawa later today.

You may also like: Sneaky Emma Watson is hiding books all over London train stations

"I don't know what my t**s have to do with it," she adds. "It's very confusing. I'm very confused. Most people are confused. I'm always just kind of quietly stunned."

In the Vanity Fair interview, Emma opened up about turning to feminist icon Gloria Steinem because she worried her portrayal of Belle in her new film Beauty and the Beast didn't reflect her feminist views.

"I couldn't care less if I won an Oscar or not if the movie didn't say something that I felt was important for people to hear," she told the magazine. "I was like, 'The first shot of the movie cannot be Belle walking out of this quiet little town carrying a basket with a white napkin in it. We need to rev things up!'"