Fashion forward Jen Su lives it up in London and Milan! TV and radio presenter Jen Su has one of the best jobs around - including interviewing and rubbing shoulders with the who's who in the fashion and entertainment industry!

So it's no surprise she jetted off to London and Milan for their respective Fashion Weeks. Her trip even included hanging out with British actress and model, Suki Waterhouse, at a British Airways Prêt à Portea event for Milan Fashion Week.

Both Suki and Jen had a photo shoot at Milan's famous Duomo, with a 10 kg creation by British paper designer Zoe Bradley, made from recycled boarding passes and took over a hundred hours to make. "It's such a showstopper! Hundreds gathered around when Suki was taking photos. They needed about 10 people to carry the dress and the equipment to the Duomo," Jen says about the dress.

London was equally as busy, with Jen being whisked around in a sports car for London Fashion Week.

But while there, she enjoyed a catch up with SA TV presenter Stevie French for a high tea at the prestigious One Aldwych, and even strutted the red carpet at the BRITs at the O2 Arena.

She also hung out with South African designer duo Lumin, winners of the Sunglass Hut New Designer Talent Search, who will be showing their latest collection at SA Fashion Week at the end of March. 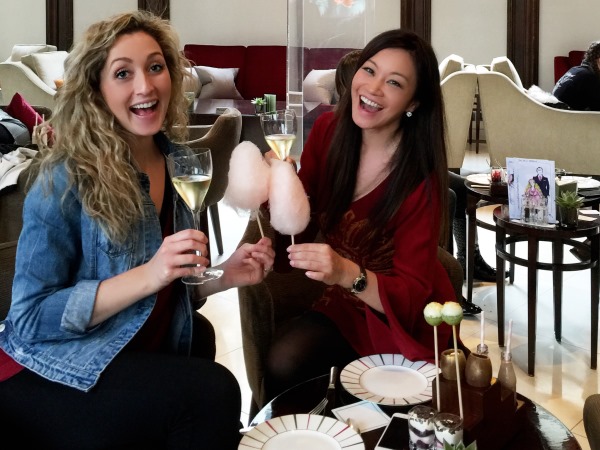 Nothing like a good SA catch up over a glass of champers. PHOTO: Supplied

"The collection featured leather, knits, colourful beading and feather trim. The applause for Miuccia Prada was thunderous, and so many editors and celebrities ran backstage to greet her after the show," she says.