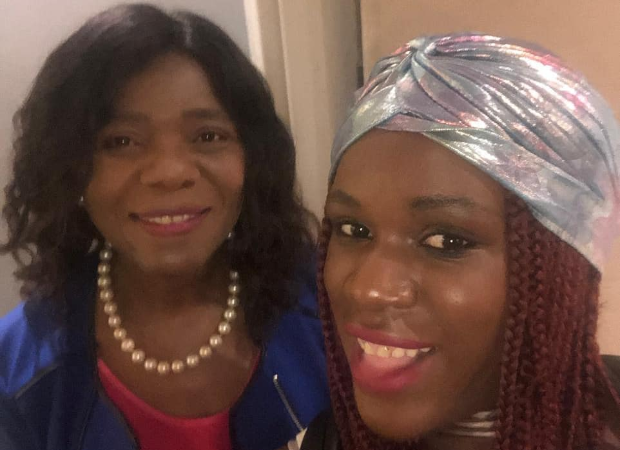 Last year YOU reported on Wenzile speaking out about mental health.

A few weeks ago the 28-year-old took to Facebook to share that she’s spent 21 days in a mental health facility.

“Let me be honest, I'm still struggling to keep up, I have bad days, I get exhausted, I'm lonely, some days I cry, all of that,” she wrote on Facebook. “But I don't mind anymore. What I'm trying to say is that it is possible for you to feel whole and happy, even with all the bad stuff, even if you're in pieces,” she went on.

Speaking to YOU, Wenzile reveals her problems go back 15 years, which was when she was diagnosed with bipolar II disorder.

“I’ve been taking the medication in the better half of the 15 years,” she says.

She stopped taking medication when she fell pregnant in 2017.

“I wasn’t willing to risk anything going wrong with her, so my nine months was difficult, but I managed to push [through].

“I needed to, for this life growing inside of me. She was depending on me for everything.”

And once the baby arrived in February 2018, things changed.

“We’d just moved in with my husband, just starting our family and finding our rhythm.

“On the outside everyone thought everything was going well. Why wouldn’t you be happy with this new beautiful baby and amazingly supportive husband?”

But life, as Wenzile came to know, was not that simple.

She battled with postnatal depression.

She recalls not being able to enjoy being her “princess” for about a year.

“I felt I was a disappointment to her and couldn’t deliver – and felt alone even though I was surrounded by people.”

It as one of the darkest times of her life, Wenzile says.

“I’d force myself to hug her and do skin to skin even though there was no connection to myself.”

She recalls how she’d have a deep sense that her child, Melokuhle, was going to reject her.

“You feel you’re not enough for them, which is all a fallacy because you’re good enough as a mother in whatever state you’re in because a child understands love.”

It was tough, she admits.

However, she pushed through and after the first year, her load felt lighter.

“I got more confident as a mother.”

Like sands through the hour glass, so are the days of our lives ??????

Just as she thought she was getting her groove back, things spiralled out of control again this year. This after she and her chartered accountant husband, Khulekile Msimanga, started a full-time business.

“It was doing relatively well,” Wenzile says. “But again I felt I wasn’t good enough and didn’t deserve the success of my business.”

Then her disruptive behaviour got the better of her.

“I wouldn’t answer my calls, I’d avoid people, dates and meetings that I had even it was to my benefit or was a promise to help someone.”

The more this happened, the more depressed she became.

“It developed into suicidal thoughts – and I hadn’t experienced that since my teens and early 20s when I tried to commit suicide multiple times.”

She’s grateful that none of her attempts were successful – because now she’s able to tell her story and inspire other people going through the same situation.

It was in August this year when Wenzile realised she needed help.

“If I didn’t, I was going to kill myself and destroy my family. That’s what I thought.”

At that point she approached a friend for help and found ZwavelStream Clinic, a private psychiatric hospital in Pretoria East.

“It actually happened the same day my mom was leaving to climb Kilimanjaro, so it was a tale of two journeys, two women conquering their mountains, one literal and the one figurative and mental,” Wenzile says.

She saw a psychologist and psychiatrist daily and received occupational therapy.

“One of the reasons I wanted to check in was [to understand] why I wasn’t getting better because I’d been taking this medication faithfully.”

After observing Wenzile for about a week, her psychiatrist told her she believed she’d been misdiagnosed.

Although undertones of depression existed, the psychiatrist said, she believed Wenzile had a borderline personality disorder, which required intensive dialectical behaviour therapy.

She then went off the medication and was monitored by the nursing staff for any damaging behavioural changes.

“They treated me with such care and love and created a conducive environment to heal and to conquer,” Wenzile recalls.

Her mother Thuli has also been her rock.

She says Thuli flew from Cape Town to see her psychologist on two occasions to understand her situation, what adjustments needed to be made and what kind of care and support she’ll need to get better.

She’s always been reliant on medication and now it was time to find inner strength, Wenzile says.

“And now I’m trying to master these skills that would enable me to strive – not that I’m a bad person, or not committed or lazy.

Wenzile does feel there’s injustice towards people who suffer from mental illnesses.

“You’re just cut off so easily because it’s an invisible disease because no one can see it, only you can feel it.

“The only time anyone hears you is when you cry and then your cry sometimes falls on deaf ears or people are quick to say, ‘be strong’.

“How quickly would you say that to someone who’s been diagnosed with cancer or HIV or any illness or disease. It’s insensitive to say or to even think that.”

At the moment she’s not seeing a psychologist because her medical aid funds are exhausted and she’s locked in a battle with her insurer about this.“This is a silent killer. It has no face, no race, no shape, no anything – it just is.

“But I won’t feel sorry for myself because I know my story has power.

“We’re the light and not darkness and we need society to acknowledge us and our stories.”