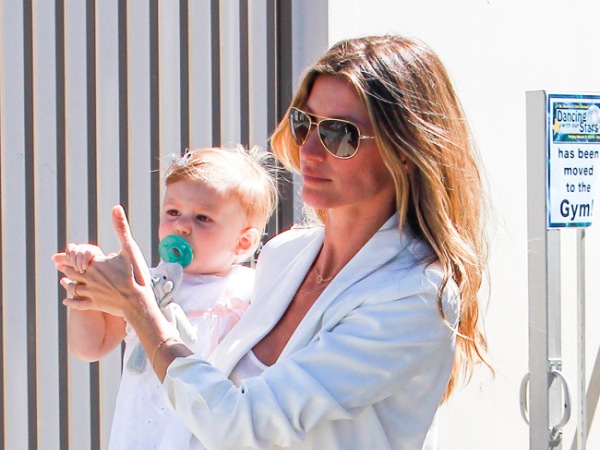 Gisele Bundchen and Tom Brady reportedly baptised their daughter on Saturday. The couple tied the knot at St. Monica's Church in Santa Monica, California, back in 2009, and decided to hold 15-month-old Vivian's low-key religious ceremony at the same location this weekend. The toddler was dressed in a white gown, which had pink lace detailing stitched across the top, while the supermodel, opting for a more vibrant attire, dressed in floral print trousers and a white blazer.

'I want to have a big family'

Meanwhile, the National Football League (NFL) player looked handsome in a dark navy suit and blue-and-white checked shirt, which he teamed with a black tie and matching shoes.  It is not yet known whether the pair's four-year-old son Benjamin and Tom's six-year-old son John - whom he shares with actress Bridget Moynahan - attended the baptism.

Meanwhile, the 33-year-old model recently admitted she was keen to have more children with Tom (36) because she feels having kids is the most rewarding part of a marriage.

She said previously: "I want to have a big family. My parents have been together for 36 years, and that is what I want. I've been challenged a lot by it, but it's the most rewarding part. I love kids."