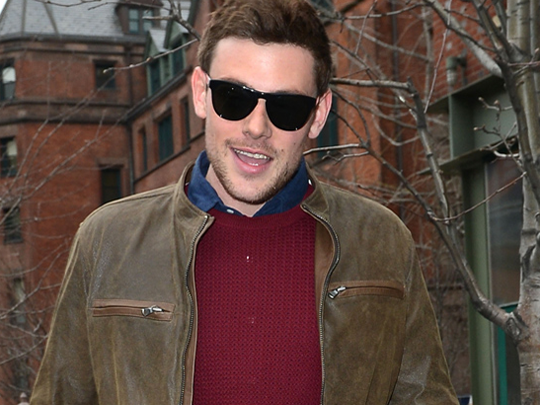 The Glee cast allegedly staged an intervention for Cory Monteith before his death.

The late star ? who died from a heroin and alcohol overdose on Saturday ? was confronted by his friends from the musical TV show about his addictions earlier this year, and they encouraged him to go back to rehab for the second time in March.

The group staged an "open conversation" with the actor about his apparent relapse and he’s said to have been receptive to their help.

A source told gossip site TMZ.com, "It wasn't met with resistance . . . He was always so grateful and aware of how fortunate he was.

"The decision was to best help our friend. The needs of the show fell second to his well-being."

Despite checking into a treatment facility for 30 days, the 31-year-old actor was unable to overcome his struggles and was found by staff at the Fairmont Pacific Rim hotel in Vancouver, Canada, after he missed his checkout time.

Cory's girlfriend and co-star, Lea Michele (26), is said to be "absolutely inconsolable" and "devastated beyond belief".

The Glee cast ? who include Chris Colfer, Matthew Morrison and Jane Lynch ? were previously reported to have helped Cory stay sober while he was shooting the show in Los Angeles, but when he returned to his hometown of Vancouver "alcohol and drugs were always involved".