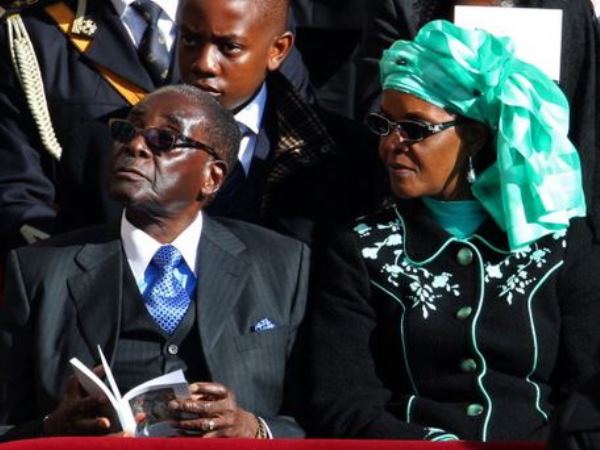 Zimbabwe President Robert Mugabe's wife on Tuesday denounced "rogue" ruling party officials as she launched a campaign ahead of a key congress to elect new leaders.

Without citing names, Grace Mugabe accused senior officials of colluding with the main opposition party to undermine the veteran ruler.

"Some among us are even working in cahoots with the MDC (Movement for Democratic Change) saying no programme should succeed as long as Mr Mugabe is in office," she told a party rally in Gweru, southwest of the capital Harare.

Mugabe, who was endorsed to lead the party's powerful women's wing ahead of the ZANU-PF congress in December, has pushed the same theme at a series of rallies she launched last week.

"There are senior people who pretend to support President Mugabe and during the day even dance to songs praising him, but during night they say he is to old and should go," she told supporters at the weekend.

The congress will elect new party leaders amid factional feuding over Mugabe's succession.

Tensions in the top ranks of ZANU-PF have worsened since Mugabe's wife won a surprise endorsement to lead the women's wing, amid speculation that her husband could be grooming her to take over when he dies.

Factions led by Vice President Joyce Mujuru and Justice Minister Emmerson Mnangagwa have been jockeying for the veteran ruler's post, dividing the party and raising concern over its future without Mugabe, who has been in power since 1980.

Haggling between the two factions cost the party dearly in the 2008 elections when Morgan Tsvangirai's opposition Movement for Democratic Change (MDC) won the majority of parliamentary seats.

Uncertainty over Mugabe's succession and concern over his age and failing health have divided the government and stalled growth in the ailing economy, with investors adopting a wait and see attitude.