Graeme Smith to be a dad again! 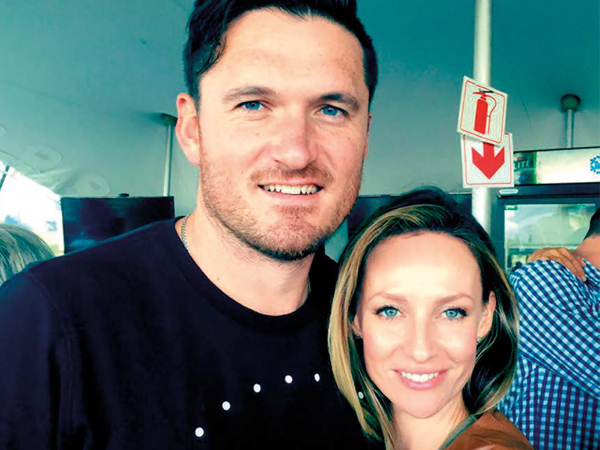 The former Proteas skipper and his partner, Romy Lanfranchi, confirmed today that they are expecting a baby early next year.

Graeme (35), who has a daughter and a son with estranged wife Morgan Deane, and Romy (37), who has two sons, have been together since the beginning of the year.

Read more: It’s over: Graeme Smith and Morgan Deane headed for divorce According to a statement released by the couple, they are "delighted about the prospect of being parents again and having a future together."

"Their focus is on their children and prioritising them while establishing a family together."

In an exclusive interview with YOU in March this year, Romy said, “He’s a solid man and we have common values and interests.” The couple, who were introduced through mutual friends, have been dating since the beginning of the year. Graeme has been keeping a low profile since splitting from his Irish wife Morgan and becoming embroiled in the acrimony that followed (YOU, 26 February 2015).

He was believed to be dating Cape Town businesswoman Justine Haddon at one point – a rumour he firmly denied, saying they were just friends.

But he was happy to talk about life with Romy, who works as a legal consultant at a Cape Town law firm. She qualified as an attorney at the end of 2007 and “I’ve practised intermittently since then”, she said.

Graeme, who has Cadence (4) and Carter (3) with Morgan, told YOU, “I have been separated from Morgan since the end of December 2014 and it’s been a difficult time for me as we deal with the protracted separation proceedings."

“Romy and I are enjoying the time we spend together and I am very happy.

“I’m only human,” he added. “I knew on meeting her that I wanted to spend more time with her and get to know her better. “We have common interests and similar values. We are good friends and enjoy having conversations about a wide range of things.”

Romy has two sons, aged seven and five, whom she had with her late husband, Michel Lanfranchi.

Romy and Michel were married for eight years when the businessman died suddenly of a brain haemorrhage in August 2013.