Hanky panky in the loo? Kimye ‘flustered' after bathroom trip 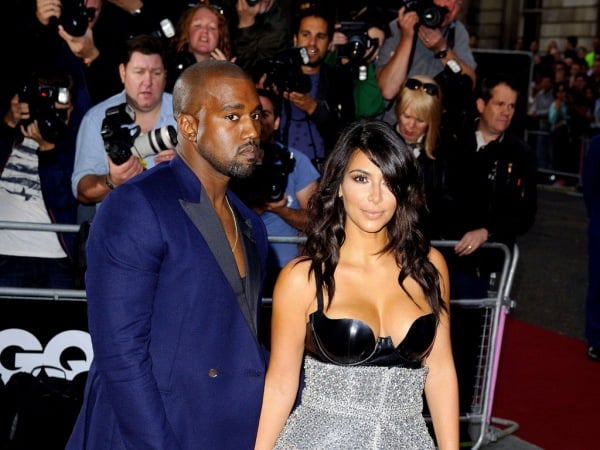 The 37-year-old rapper joined his wife at the GQ Men of the Year Awards in London Tuesday night, where the brunette beauty scooped the Woman of the Year gong. And apparently before she walked onstage to receive her trophy, Kim sneaked off to the restroom with Kanye to engage in some frisky business. “We don’t know if they were fighting or doing something quite different, but they came out looking very flustered,” a source told British newspaper The Sun.

‘My husband and I have an amazing sex life’

“Nobody minded what they were getting up to as long as Kim was on stage in time to get her award.”

During an interview the following day on BBC Radio 1 Breakfast Show with host Nick Grimshaw, Kim spoke about her sex life with Kanye.

And according to the Keeping Up with the Kardashians star, their private time together gets very steamy.

“My husband and I have an amazing sex life. So far as the sex tape is concerned, whether or not we’ve made another — if we have it’s never something I want to go public,” she revealed.

“Not something I would want anyone else to see but me and Kanye.”

When she isn't busy working on her empire Kim enjoys what family life has to offer. The star is joining Kanye on his Yeezus tour with their daughter North and she embraces the chance to use the trips to her advantage.

"I love it. I love being a wife and I love being a mom. It's been so much fun. He came out here with me and after this we go to Australia, so it's fun that he can be on tour and I can do promoting for my clothing line," she mused on the radio programme.