'He said I wanted it': Khwezi's powerful poem 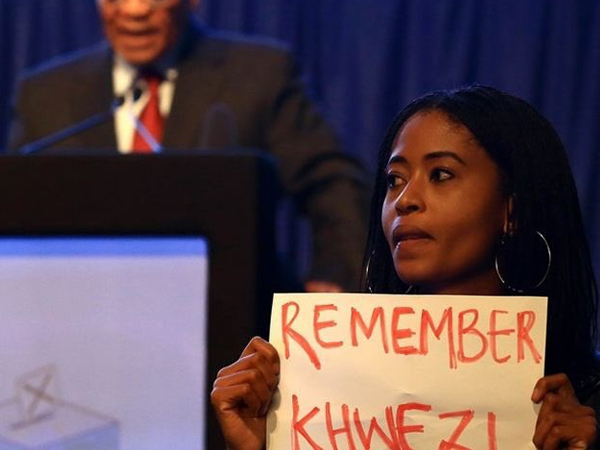 In 2005, Fezekile Ntsukela Kuzwayo accused Jacob Zuma of raping her. A year later, Zuma was found not guilty after a trial in the Johannesburg High Court.

Ode to Khwezi: What happened to you was awful, the denial more so, trust broken, respect lost, but hope restored in #RememberKhwezi pic.twitter.com/KIfgqxaRuW — Sunny, The Solar Guy (@sunnyboymorgan) October 9, 2016

After the trial, Khwezi, the daughter of an ANC member who was imprisoned on Robben Island with Zuma, and her mother moved to the Netherlands where they were granted asylum.

They subsequently moved back to KwaZulu Natal, News24 reports, where Khwezi is believed to have been when she died on Saturday 8 October.

Her family confirmed her death, but did not give details on how she died.

In 2008, Khwezi penned a poem, published in ZAM Magazine, in reaction to Zuma's acquittal.

News24 reports she recited the piece in the Netherlands, dressed in a traditional cloth called a khanga.

During the trial Zuma testified that Khwezi was wearing a khanga and he interpreted her dress as an invitation, according to Mail & Guardian.

This is what she wrote:

I am the perfect nightdress on those hot African nights

The ideal attire for household chores

I secure babies happily on their mother’s backs

Am the perfect gift for new bride and new mother alike

Armed with proverbs, I am vehicle for communication between women

I exist for the comfort and convenience of a woman

But no no no make no mistake …

I am not here to please a man

And I certainly am not a seductress

Please don’t use me as an excuse to rape

Don’t hide behind me when you choose to abuse

That’s what he said my Malume

The man who called himself my daddy’s best friend

He said I wanted it

That my khanga said it

That with it I lured him to my bed

That with it I want you is what I said

But what about the NO I uttered with my mouth

Not once but twice

And the please no I said with my body

In what sick world is that sex

In what sick world is that consent

The same world where the rapist becomes the victim

The same world where I become the bitch that must burn

The same world where I am forced into exile because I spoke out?

This is NOT my world

I reject that world

My world is a world where a woman can speak out

Without fear for her safety

My world is a world where no one, but no one is above the law

My world is a world where sex is pleasurable not painful"