Brit Michele Townsend still hasnt managed more than a couple of hours of sleep at a time in all these years (Photo: ASIA WIRE/MAGAZINEFEATURES.CO.ZA).

Brit Michele Townsend still hasn't managed more than a couple of hours of sleep at a time in all these years.

Michele, who also has four grandchildren, revealed that sometimes she survives on as little as four hours' sleep a week.

Despite trying dozens of treatments, she says her sleeplessness has persisted and ruined her life.

"I just want my life back. You see your bedroom as the enemy, you just wade through life very slowly, you can't do anything, you're trying to be normal but it's just such an effort,” she explained.

“It's a bit like having a half-life. I feel like I'm existing rather than living. I try and do the best I can do though. It's ruined my life in lots of ways but I've tried to not let it win.”

READ MORE: Summer nights keeping you awake? Here’s how to sleep in the heat

Michele says her condition not only leaves her feeling exhausted but has made it difficult for her to hold down jobs.

“It's severely limited the options I've had in my life.”

“If I take a sleeping tablet it gives me maybe an hour of sleep. I've been on them for 16 years so I'm concerned they could impact my memory in the long run,” she said.

Her condition has become so bad that she’s had to sleep in a separate room from her husband and experimented with all kinds of treatments.

“I've even tried to do hypnotherapy and take sleeping tablets. Nothing has worked, I'm at my wits' end.” 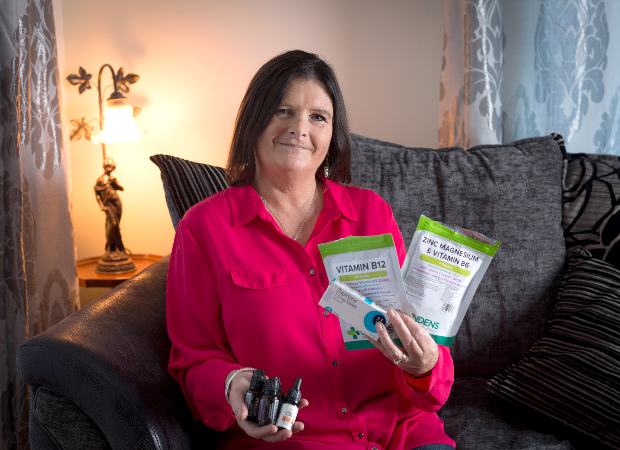