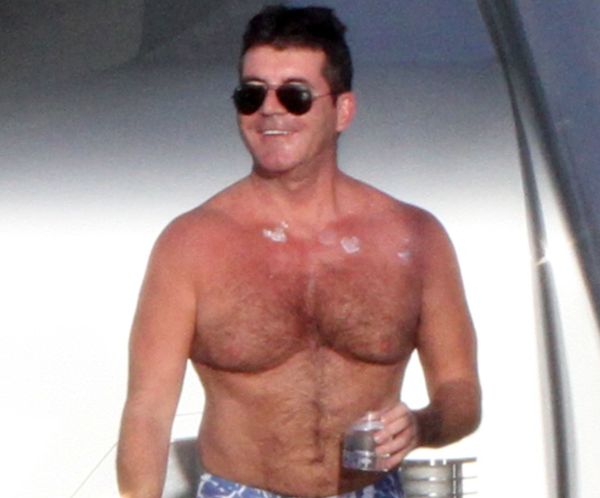 Simon Cowell soaks up the sun on a yacht in St Barts in his carefree bachelor days but now he is ready to be a dad. Picture: Pan Media

He recently said he “feels ready, excited and very happy” about becoming a dad and called his pregnant lover, New York socialite, Lauren Silverman “a very special girl”. Could Mr Nasty aka Simon Cowell be morphing into Mr Nice?

For years the sharp-tongued Brit has flown the flag for single men everywhere – romancing a string of leggy lovelies, holidaying on super yachts in the south of France and generally living the jet-set lifestyle of a selfish playboy. So when faced with the task of raising a child, we reckoned he’d run for the hills – instead the 53-year-old surprised us all by embracing it.

“Things are changing in my life right now, for the better,” he said. “It’s [fatherhood] something I hadn’t thought of before, but now I know I feel good about it.” He’s even standing by his girl, buying Lauren, who recently got divorced, a swanky pad in New York and a £10 000 (about R160 000), five-carat diamond eternity bracelet.

Even his pals are struggling to digest the news. British TV producer, Nigel Lythgoe, who worked with Simon on American Idol, said he was gobsmacked by the news, revealing, “I thought he was a confirmed bachelor.” Do you think Simon is changing his spots?