Jamie Dornan: 'I couldn't even hang out with someone like Christian Grey' 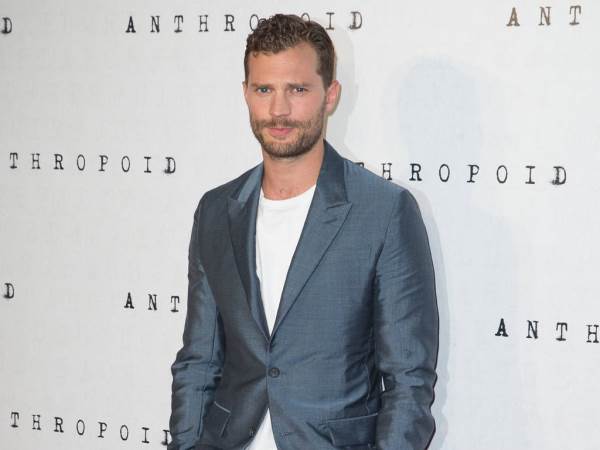 Actor Jamie Dornan insists he has little in common with his Fifty Shades of Grey leading man and wouldn't even like to hang out with Christian Grey.

The sex-addicted businessman, created by author E.L. James, came to life on the big screen in 2015 when Dornan replaced Charlie Hunnam as Grey.

The Northern Irish actor has reprised the role for two sequels, and Fifty Shades Darker will debut next month, but he insists he and the character are nothing alike.

"He's not the sort of bloke I'd get along with," he tells GQ Australia. "All my mates are easy going and quick to laugh; I wouldn't imagine myself sat in a pub with him. I don't think he would be my type, when it comes to choosing mates."

And Jamie, who is married to actress Amelia Warner, doesn't share Grey's interest in sadomasochism.

"It doesn't float my boat," he tells the publication. "(But) I've always been open-minded and liberal - I'd never judge anyone's sexual preference. Whatever gets people off is entirely up to them and there's a million different ways to please yourself, sexually."

And unlike Grey, the former Calvin Klein model is a family man - he and Warner are parents to two daughters - and he admits his sex life is tame in comparison to that of his movie alter ego.

"Some of the Red Room stuff (in the first film) was uncomfortable," he explains. "There were times when (co-star) Dakota (Johnson) was not wearing much, and I had to do stuff to her that I'd never choose to do to a woman."