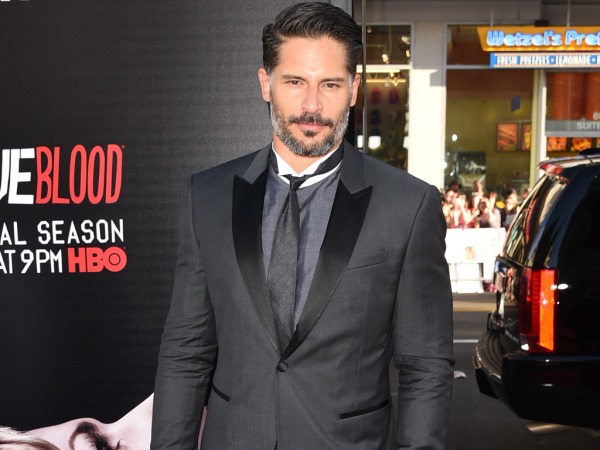 Joe Manganiello got "busted" for staring at Sofía Vergara's butt before they started dating. The couple are currently enjoying the honeymoon period of their relationship after striking up a romance last month. They were introduced to each other at the White House Correspondents Dinner in May while Sofía was still engaged to her ex-fiancé Nick Loeb, but that didn't stop Joe from checking out her derriere.

'C'mon you can't put that in front of me. What am I supposed to do? I'm not going to apologise'

"C'mon you can't put that in front of me. What am I supposed to do? I'm not going to apologise. I totally got busted. That was actually funny when we first started dating, months after that," he mused to E! News.

"We had talked, I guess, or kinda bumped into each other but we didn't start dating until she was single. She had a boyfriend at that time, so I probably could've gotten into a fight for doing that. I'm not trying to start a fight at the White House."

Joe made his film debut in 2002's Spider-Man, playing high school bully Flash Thompson. He has now landed a role in upcoming movie Magic Mike XXL, the greatly anticipated sequel to the popular 2012 original. He is set to play Big Dick Richie, and it seems his lucky girlfriend gets to witness his preparing for the role.

"Well, you know, I need to practise getting ready for Magic Mike 2. So, that's all I have to say," he grinned when asked if Sofía gets treated to any of his stripper moves.

The pair have been inseparable since unveiling their relationship, with regular outings together and putting on public displays of affection.

Sofía spoke about her love life earlier this month, confirming how smitten she is.